At three storeys high, the black and white mural can be spotted a fair way from its location on Rotorua’s Eruera street. Commissioned by the ARONUI Indegenous Arts Festival, it’s also the largest portrait ever painted by Mr G. 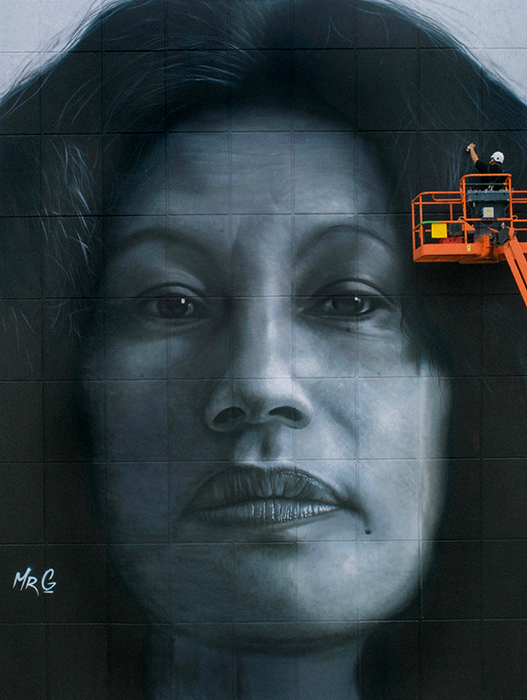 “Even just one of her eyes was close to two meters wide so it’s definitely my biggest portrait I’ve painted to date,” says Mr G of the mural.

The artist, who likes to be called G in person, was first approached about doing it earlier this year. For him, it was about immortalising someone who’d been a big influence and inspiration in his own life.

The late Merata Mita lived a life dedicated to storytelling through images. Before her death in 2010, she became widely respected as a director and producer, recognised as a pioneer in indigenous film-making.

Mr G, aka Graham Hoete, says any projects he and his wife Milly take on must align with their kaupapa.

“Merata has definitely been a huge inspiration, so it's a huge honor for me to be able to do this,” he says. 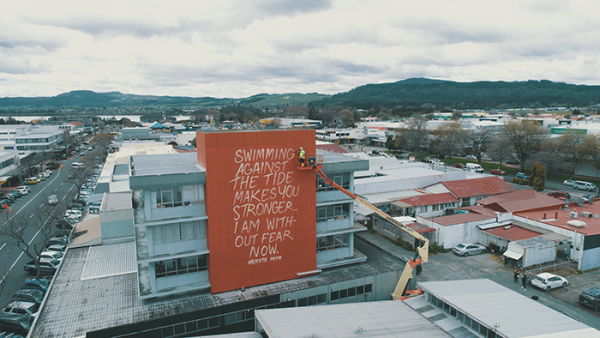 It’s also a mural that came together in steps.

First, Mr G asked Merata’s whānau for a quote from her to lay down as an underlying foundation.

“Swimming against the tide makes you stronger. I am without fear now.”

That went up, before the step-by-step painting of Merata’s portrait. 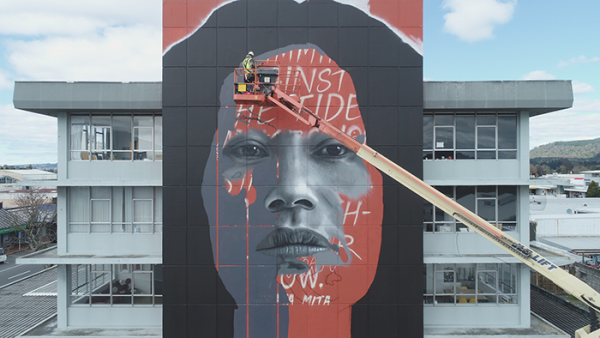 The quote is also on Merata’s gravestone which Mr G and Milly visited before starting the painting, which took them seven days to complete.

“That's kind of my process and how I like to work,” says Mr G.

Hepi Mita, one of Merata’s children, says the mural is a great honour for his whānau to have his mother immortalised this way. As he lives in Tāmaki Makaurau, he will be able to see it once alert level restrictions lift.

“I hadn't fully wrapped my head around the scale of it until I saw the photos of the cherry picker up there. I can't wait to see it in person,” says Hepi. 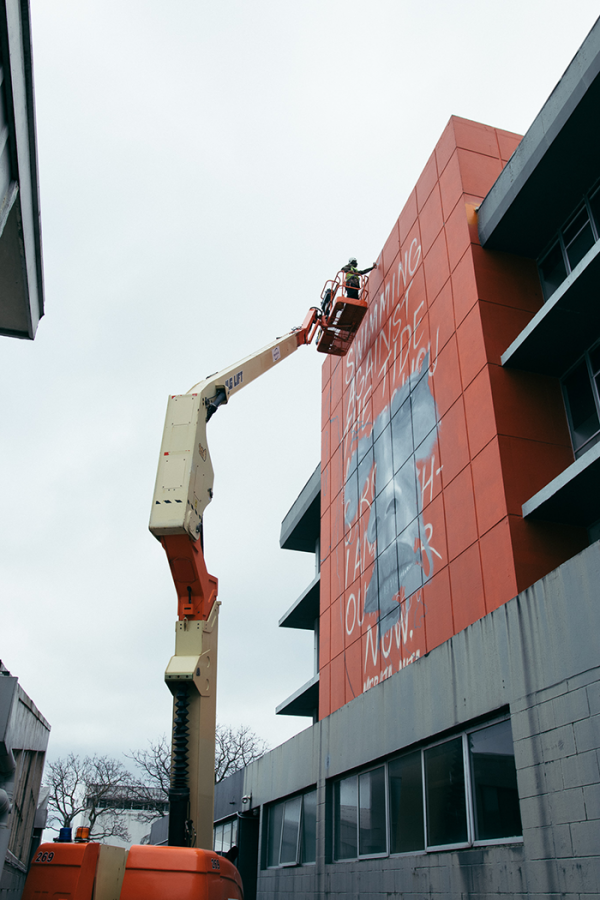 The Mita whānau were approached by ARONUI Festival and asked for permission to paint the portrait of Merata.

“One of the reasons why we agreed is because her story has inspired people and continues to inspire people,” Hepi says.

It's also become a reason for their whānau, near and far, to celebrate and remember Merata.

“That in and of itself has been quite a hopeful experience in this really strange time,” says Hepi. 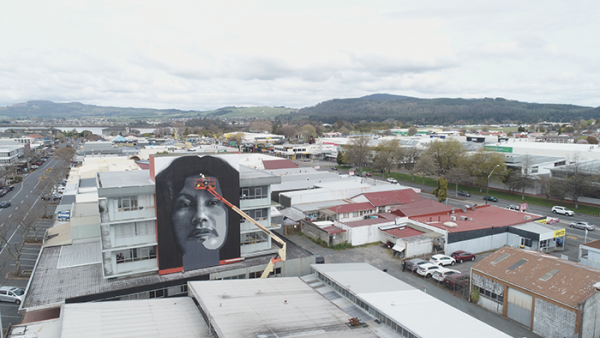 ARONUI Festival Director Cian Elys White says they are humbled to be the canvas for such a rich kaupapa that will inspire generations to come.

“Nō mātau te hōnore nui (it is our great honour) to have the outstanding talents of Mr G grace the skies of Rotorua with this stunning tribute to our Kuia,” she says.

“Whaea Merata Mita was a Te Arawa arts visionary and a champion for Māori rights, she told powerful stories through images that captured the hearts of many,” says Cian.

Today Mr G and the Mita whānau will come together with ARONUI Festival to complete a final presentation of the portrait that will be permanently on display in Rotorua.

Re: Finding whanaungatanga in the South