Kia ora Sam! How do you describe yourself?

I call myself a sex journalist as opposed to a sexpert. Sexpert never quite sat right, it's a little presumptuous - I just feel like you can’t be an expert on sex because it’s so highly individuated, there’s no one way to do sex.

How do you describe the series?

The idea of the show is that we shine a light on practices that people might be marginally aware of, but may be misinformed about.

So we lean heavily towards kink practices, mostly because there's been a lot of misinformation around kink.

The aesthetic of kink has been popularised over the internet, people think wearing a chain and dog collar makes them kink, but really that's just one accessory to a whole way of life.

What kind of misinformation is there around kink?

The irony of that is there are a lot of instituted pathologies and violences that we tolerate, like gaslighting - yuckier subtler things like that, inherently violent nuances of your stock-standard relationship.

But when it comes to creating a theatre of power, it's too overt for some people, it's off-putting in how overt it is.

That's one of the things I really like about kink and bondage is that it's an inverted theatre of power dynamics that are normally just invisible.

To me I would define violence as an obstruction of consent, an actual violation. So there's no violence in terms of people non-consensually being subjected to things they would rather not.

We have this quite generic imagination of what violence is, but we don't think about what violence fundamentally is - it's a violation of consent.

I guess it’s like with sport - something like kickboxing where you’re punching people really hard, but we don’t necessarily see that as violence because it’s consensual - everyone in the ring has agreed that they might get punched.

What was your perception of shibari before you did it?

I was familiar with the aesthetic of shibari just from Instagram, Instagram shibari is a whole thing.

But filming was my first time doing it. I’d done some light general bondage before.

What do you think now that you’ve done it?

It's too technical for me, I'd never be able to pull it off. But it's so aesthetically beautiful, I can see how and why people would commit to it with a lot of time and energy. There's something so satisfying about the time and energy in the detail of it - the session took four hours.

And with the different types of fabric ropes, there's this whole thing about tactility, it ends up not just being about the bondage but about the tactical feeling.

What else is covered by the series?

One of the most recent episodes we shot was out in Royal Oak in the suburbs [of Auckland] and this couple had turned their entire house into a multi-purpose dungeon. It was crazy but not crazy. They're only marginal because of misinformation and a very Kiwi prudishness.

The whole reason I started doing the show is because the New Zealand character is quite prudish and quite sex-averse and I’m just doing my little bit to push back on that.

There’s an importance on aftercare with the series. What’s aftercare and why is it important?

Aftercare is not necessarily just about applying lotion or bandaids to any potential bodily harm. Because a session can be so intense, it can be more intense than traditional sex, you experience a greater high and you can experience a low which can be like depression.

It's a come down. So aftercare is like doing something calm afterwards. Cuddling can be aftercare, it can be whatever people want it to be, as long as there is a space of calm.

What was the part of filming the series that worried you the most?

Our next episode - I wasn't worried per se, but I definitely felt more adrenalised during this particular shoot than any others. I'm stripped down in my jocks and blindfolded and electrocuted with a wand.

It was a tiny bit scary but was also so so hot. I was very aware of my very hertero male crew members while I was being shocked! I could tell once my blindfold came off, they were looking kind of ashen.

What was the best part of filming?

I think meeting these people who I would have normally not met. Or if I had met them, I wouldn't have been invited into their lives in this way. That’s what’s been quite great about the show, taking these practices which people tend to fetishise or pathologise, and giving faces to them.

These are normal everyday people - you're not broken if you like getting whipped. 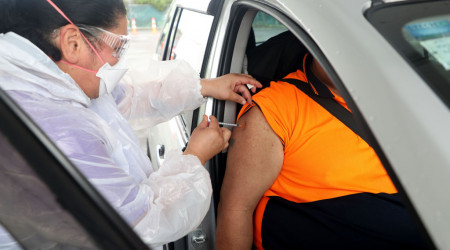