“The internet loves my butt,” they laugh.

The Sexuality, Love and Relationships Coach

Michelle Kasey’s life’s work is to bring people into a space where it’s safe to talk about sex. With her soothing demeanour and alluring gaze, it’s no surprise people are compelled to share their most intimate thoughts with her.

She facilitates workshops, takes one-on-one sessions, is a social media influencer and co-hosts the podcast A Couple of Sluts.

She says paid tube sites are unethical because the money doesn’t go directly to the performers, and often the content is ripped.

“If you're buying from tube sites, most of the time that content has actually been stolen from performers. You really want to be mindful of what you're supporting with your clicks and with your attendance,” she says.

“I think people are interested in being conscious consumers in a lot of different aspects of their lives. I think that people do go on to tube sites and they sense that there's something not that ethical about the way that they're consuming that product.”

“There's definitely a whole bunch of independent performers who are creating their own content on Onlyfans and Clips for Sale. So that farmers’ market really does exist,” says Michelle.

“It really doesn't make a lot of sense to me that we can expect that labour for free.”

“It can be divided into what the content is and whether people think that is ethical. Then there is the question as to how it’s distributed, how it's viewed. And that ties into things like piracy, money, and so on.”

Kris has observed a marked shift where viewers are now seeking out a more direct line with performers. He says this is arguably more ethical because there is less interference in that transaction.

“A lot of people probably don't realise that a lot of the so-called ‘free pornography’ is actually paid for by their data being harvested or them being advertised to. Very, very little free online content is really free,” he says.

Paying for pornography seemed a bit of joke to the men Kris interviewed. They would say, “why would I bother?” But they would trip up morally around the types of things they were watching and how it made them feel.

“On one hand we've talked about pornography as being like, a bit of a joke. It's kind of fun. It's a bit of a rite of passage for young men at least. Then on the other hand, we have this narrative that it's very dangerous for young people and it's addictive and whatever… We have so few of us to talk about it in terms of ethics and morals or how it fits into somebody's life.”

For Finn, tube sites that take a cut from performers aren’t the main concern. In fact, they explain part of the cut some websites take goes towards paying for security measures to protect content.

Instead, the real threat is people on Instagram using their photos to con people into credit card scams.

“Randomly it’s catfishing. I have members in Chicago screenshotting me pictures being like, ‘Hey, so I know you don't live in Chicago, but I've literally seen three people use your photos’.

“Most people think I take nudes and put them on the internet and assume it’s really easy work,” says Finn.

But the marketing strategy, managing clients’ needs and performing is a constant emotional labour. Finn loves doing it but can find it hard to disconnect.

“Online you're literally meeting like 10-20 people every hour. Finding out about them and asking questions about them and being entertaining enough so you're talking about shit and then getting your countdown done so you can do your show and go to bed.”

Finn also sells their Snapchat which essentially means they can be reached 24/7.

and my Snapchat is constantly full of messages from members being like, ‘Hey, how's your day going?’ They just want to chat. That's very emotionally labour inducing, especially on these sorts of platforms.”

“At the moment, I feel like we're in the stage of education... educating the mainstream media and the public about what sex work can include,” they say.

What needs to change?

“The negative feelings were not towards the content itself. I always enjoyed the content, it was the ramifications of it. I had to hide this from my parents and from my friends at school and from everyone at Church.” – Female, 16, Pacific & Asian

“It’s very tempting to have a nice tidy package through which to speak about something,” says Kris, “but it's just not realistic”. 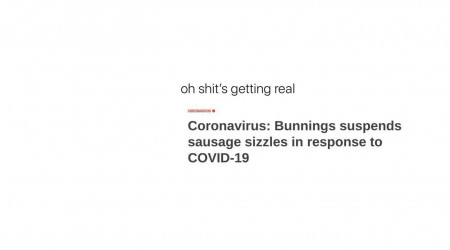