Auckland-based writer and actor Celine Dam has a complicated relationship with her Chinese name. At age 12, she gave herself the name Celine, so she could avoid having teachers and peers mangle the name she was given by her parents. In this essay she tries to come to terms with all the ways our society has made her want to hide her name.

My father first arrived in Aotearoa in 1978, after freshly escaping the Vietnam War. His first job was as a trolley boy at Food Town in Onehunga, where he was given a name he still goes by today.

Having just endured nine months in a refugee camp in Indonesia, Dad knew very little English. One day on his lunch break, his checkout supervisor asked for his name.

“How about you go by an English name,” she replied. “How about John?”

This conversation, so seemingly trivial, prompted vital change in the way my father would be treated for the rest of his life. John. A simple name. A Kiwi name. One he had no connection to, but in a society alive and well with racism, she did him a great favour.

Dad went on to use “John” for the rest of his life. He tells me that when dealing with Kiwis, it is simply easier to go by John than to juggle around with a name locals can’t pronounce.

For him, as long as Vu Hoang appears on his passport, he is happy.

I don't say my name like my parents do.

I have yet to find comfort in my Chinese name. Today I continue to struggle with people outside my family using it.

I am still working on my relationship with it, and this article is my first step towards coming to terms with all the ways our society has made me want to hide it. Forgive me, but I will not be saying it in this article.

Throughout my schooling, my name passed through the mouths of teachers who never tried to say it right. Every mispronunciation was dehumanizing. Even when teachers tried, classrooms would erupt into laughter. Soon enough, I started being called “you”.

For clarification, my mum is Chinese and my Dad is Vietnamese, however his ancestors are also originally from China. My family speak Cantonese, a dialect commonly spoken in the Guangdong region of China, as well as in Hong Kong and Macau.

Cantonese is a tonal language with six tones. In comparison, English is not a tonal language. Thus for the common Kiwi, my Chinese name, or more specifically my Cantonese name is difficult to pronounce.

I was given nicknames that people deemed “easier to pronounce”. I became complacent and began introducing myself by a name that wasn’t mine.

Realising that I didn’t like the nicknames, at age twelve I began to go by Celine, a name that both my parents and I loved. I was grateful that they both respected my decision to go by it.

"What does your name mean?" This was a question I was regularly asked throughout primary school. Still young, I could never tell whether people were intrigued or ignorant. The romanticisation of my name’s “meaning” was always an odd hurdle to face.

I would ask myself why my name had to carry meaning for it to hold value. It felt like whatever word I uttered out of my mouth held the breadth of my value. I’d ask myself, “Why don’t they ask every Tom and Sarah the same question?”

At a young age it became clear to me that my value was being measured on a scale I was unaware of, one I had no means of changing.

I can't claim a culture I don't remember learning.

Rejection is a quintessential part of any person of colour’s adolescence. I was teased for speaking my mother tongue, and people would spread rumours when I brought cultural food to school.

It first started happening in primary school. My loss of language came with a burning desire to assimilate into Kiwi culture. As my English became more colloquial, my Chinese became more concealed.

My loss of cultural identity was the result of purely White representation on screen, and idolising women who didn’t look like me created a beauty standard I could never attain. Finally, I arrived at the beginning of high school. I guess that’s when I also lost my spice tolerance, seeing as sandwiches were all I brought to school from then on out. 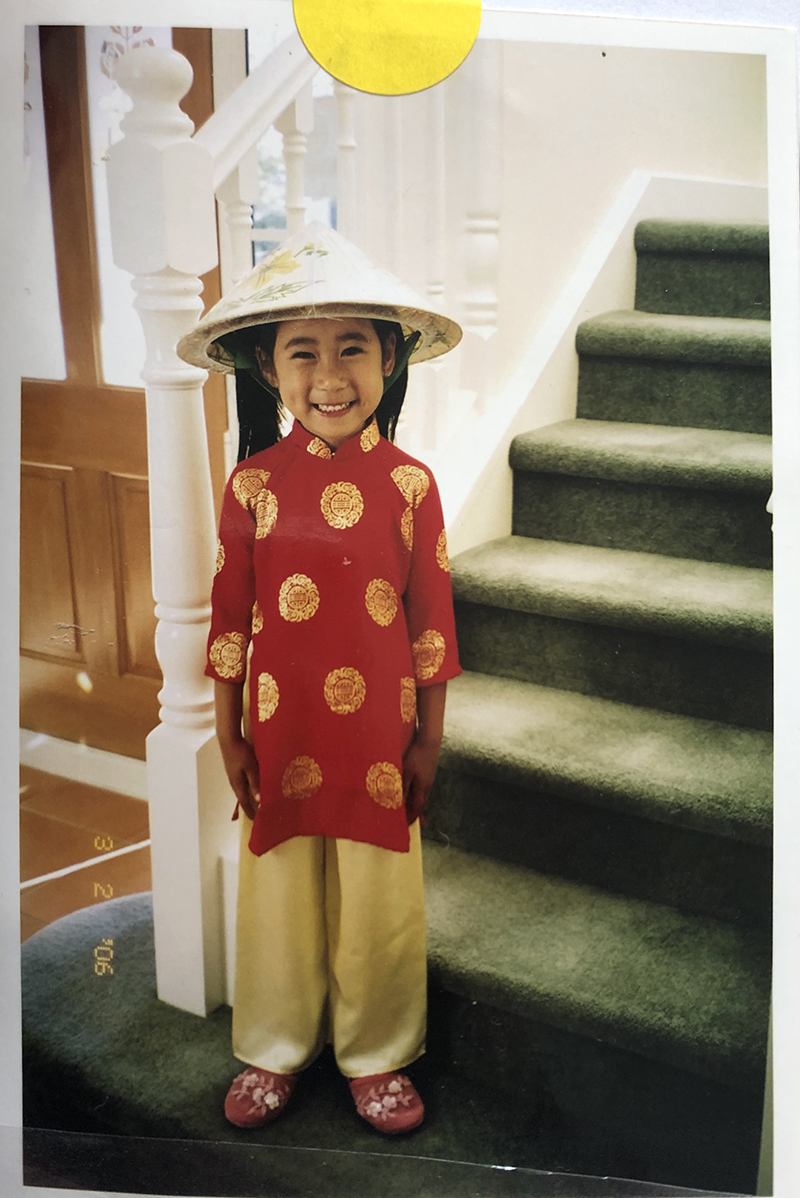 When I used my Chinese name on my CV, I heard no replies back.

I was sixteen when I began applying for jobs. I was a diligent hard-working student simply looking for part-time work. With an array of co-curriculars and distinctions on my CV, none of them were great enough to take attention away from the large bold name at the top of the page.

That summer I sent job applications to eight different companies. Not a single one got back to me.

They ask me where I’m from. I always say “Auckland.” When I eventually got my first job, I began working at a family friend’s cafe. In this East-Auckland cafe, Chinese customers were my biggest fear. I was a beacon for elderly Asian people, as they would immediately notice my straight black hair and slanted eyes.

Unfortunately for them, my misleading features were just that – features. They would begin speaking to me very quickly in Chinese. I felt embarrassed having to shake my head and look around for help.

Their expressions would always grow quick with disappointment, and the rest of our interaction would involve a lot of pointing.

These small interactions forced me to look back on my journey. Throughout my childhood I had been too focused on assimilation to nurture my self-acceptance. It became apparent that no amount of pretending would make me any less Chinese, and it would definitely not make me any whiter.

Through all the denial I was still a Chinese girl. Except now I didn’t know the language, the food, or the culture.

Eat my food until you’re full of racism again.

The Covid-19 pandemic has taught me a lot about selective xenophobia. People will pronounce my name right when they enjoy my cuisine but will label me an immigrant when they fear the disease they think I carry. People will call me a Kiwi when I succeed but Chinese when it’s convenient.

People may try to hide in their love for yum cha, but an appetite for racism is far more transparent than they think. Aotearoa is not exempt from racism.

I wrote this piece after a long-awaited epiphany, one that revealed the damage I had done by erasing so much of a culture I want to now relearn.

Preserving heritage has never been so paramount to me. I was born and raised in Aotearoa, but my identity lies in the people before me. Those who endured far worse to enable far better.

The navigation of my cultural identity is the next chapter of my ancestral narrative. I will work to extend what I have learnt into my own society, and wearing my Chinese name is the first step.

If I tell you my Chinese name, promise me you’ll remember it. One day you will hear it again when I have learnt to love it.