Filipe Manu never imagined he’d be an opera singer, let alone performing for the Royal Opera House in London at just 27 years old, but that’s where he is. Hailing from Auckland, the Tongan tenor has had an unconventional path.

We caught up with Filipe to learn more about what it’s like to make the big time in opera.

How does it feel to tell people you’re an opera singer for a living?

It’s weird. It's one of these professions that you feel like you never stop studying. You’re always grinding away. You’re always a student but once you become part of a programme like I am on at the moment, you have to start getting used to saying that you are an opera singer and no longer a student.

Had you always wanted to be an opera singer?

Not at all. I always loved music, it was always a big part of my life… To take something that I enjoyed doing on the side and participating in with my family and friends and to turn it into something I do full time, it was a bit of a leap.

Do you think classical music is growing in popularity amongst Polynesian communities?

Yes. We’re seeing a lot more classical singers coming from the Pacific community. Classical singing and the types of singing we’re exposed to in our communities is very much the same and I’m not even talking specifically about church music.

With our traditional Tongan folk songs, the way that the voice is used is very similar to the way it is used to sing opera. Church is obviously a big part of it too. Church acts as a platform to try out and have a regular go at singing, you might be aware of it but that’s contributing to these skills that you’re honing and refining.

When did you start taking singing seriously?

It most definitely was at Dilworth School. More specifically, it was Claire Caldwell [the school’s performing arts manager]. She changed the culture of singing at the school.

Before she got there, singing was definitely something that was not “cool”. For example, you’d never see any of the first fifteen boys, who were the epitome of cool, singing in the choir. When she got there, she broke down a lot of barriers.

I joined the choir and was in the choir for a number of years, but it wasn’t until a friend of mine began singing lessons. I remember him sneaking out of double periods of classes and I began growing curious as to where he was going. He told me he was getting singing lessons. At the time I was like, “It’s all fun and games going to choir and stuff,” but taking singing lessons was a whole other level of seriousness that I didn’t think I was ready for.

But the upside was I got to get out of class, so I signed up based on that. 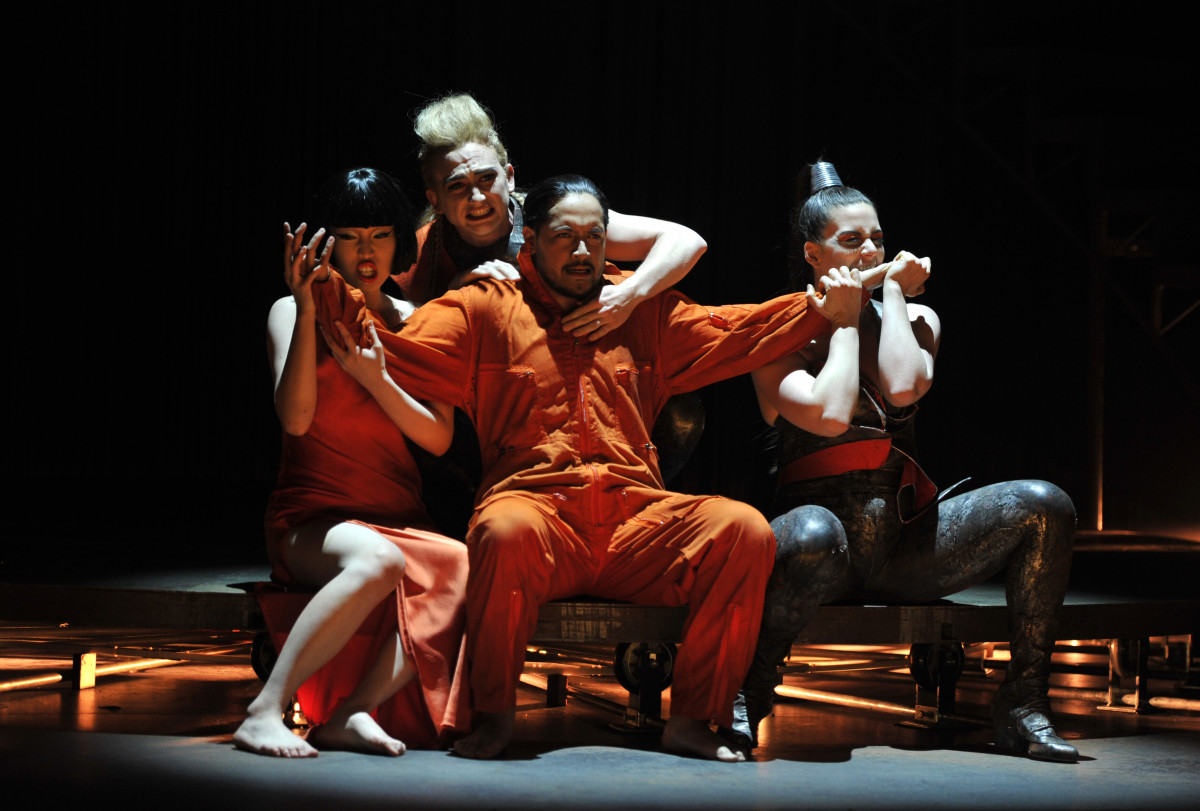 How did you end up in London performing at the Royal Opera House?

If you want to be an opera singer full time, you have to leave New Zealand. New Zealand only has one national opera company and that opera company only puts on two titles per year. To give you a comparison, the London Royal Opera House puts on around fifty titles a year. I had to go where the work is.

As a way to bridge the gap between undergraduate studies and freelancing as an opera singer, I came over to London to study my master’s on a scholarship as part of the opera programme. When I finished my master’s, I was only 26 and I thought I could benefit from another two years of study.

One of the music staff who runs the artist’s programme at the Royal Opera House came along to one of my performances at the Guildhall. They seemed to like what they heard and they asked if I would be interested in a performance role at the Opera House with the young artists programme.

What sort of training is required for what you do?

There’s a wide range of training. The usual path for an opera singer is that you begin singing lessons or some other musical lessons at a very young age. Then you go into the formal study of musical theory at high school. When you go from high school to university, having all that theory and practice, you’re then exposed to where this art form comes from.

Usually, we’d be performing one opera on the main stage to 2500 audience members and during the day, we’re rehearsing another opera, so that’s six hours of rehearsals. In between that, we’d be working with some of the world’s most renowned conductors, working on music, working on languages, for example French, Russian, Italian, and German, we’d also be working on stage craft.

What’s been the highlight of your career so far?

Late last year we had this performance coming up, streamed to an online audience. I was feeling a little homesick and I had this crazy idea to perform this Tongan song. For a long time, I thought it would be so cool to hear Tongan music on the Royal Opera House stage.

I had a look and there were only three Tongan opera singers in the world, so I thought that if anyone was going to bring Tongan music to the Royal Opera House, it would be me. So I took my uke along and got to perform a Tongan song.

I think that was particularly special, being able to share my culture with so many people.