Tom Thorpe goes about his job like any other chef, but with one major difference - it's -40C outside. The Antarctica Scott Base chef talks about cooking food at the edge of the earth.

Re: If you could cook any Antarctic animal without consequences (very illegal), what would it be?

I’d probably cook some type of fish or maybe like a small whale or dolphin. Just because they’d probably taste the best. Penguins could be an option, but I feel like they'd be really gamy. Seals would just be super-fatty, and skuas, which are just like birds, would be pretty scrawny and not that nice. 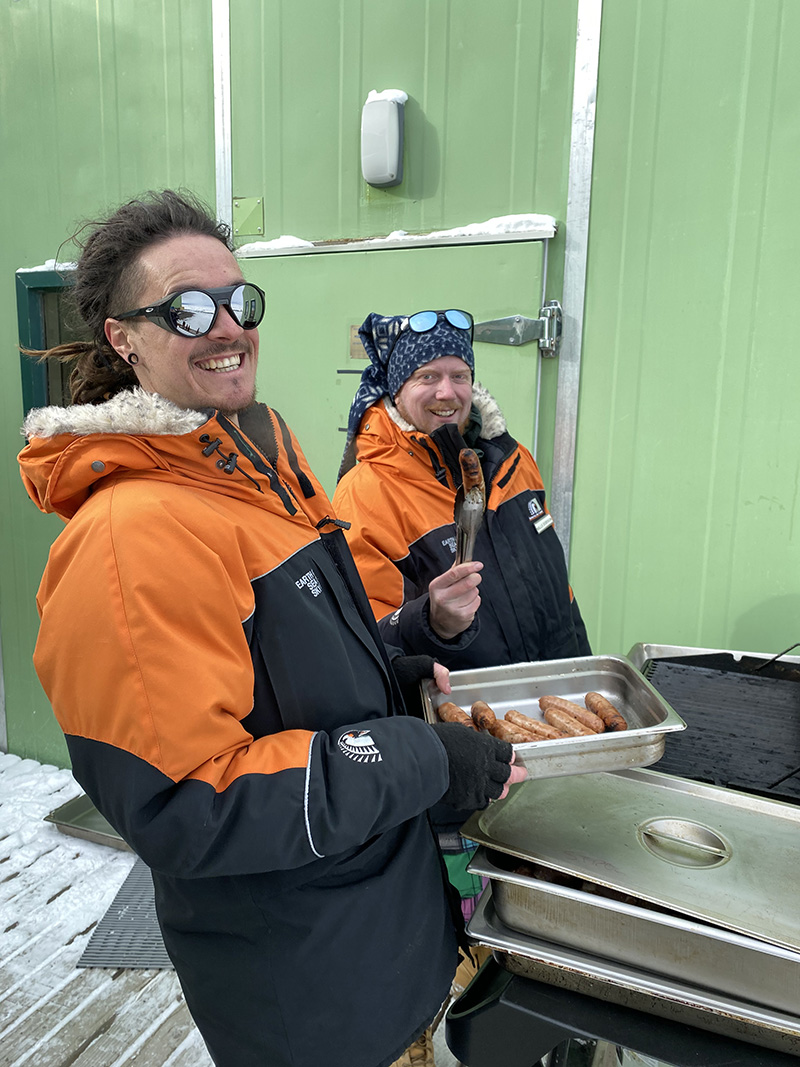 Are freezers a thing down there or do you just stick stuff outside?

Yes, we do use freezers, but mainly in summer. During those months, it hovers between -10C and -5C. Properly frozen food needs to be at -18C, so the freezers get used then. That changes in winter when it’s -40C outside. Weirdly, one of the engineers just turned off all the freezers because at -18C, they’re basically heating the food inside them when it’s colder outside. 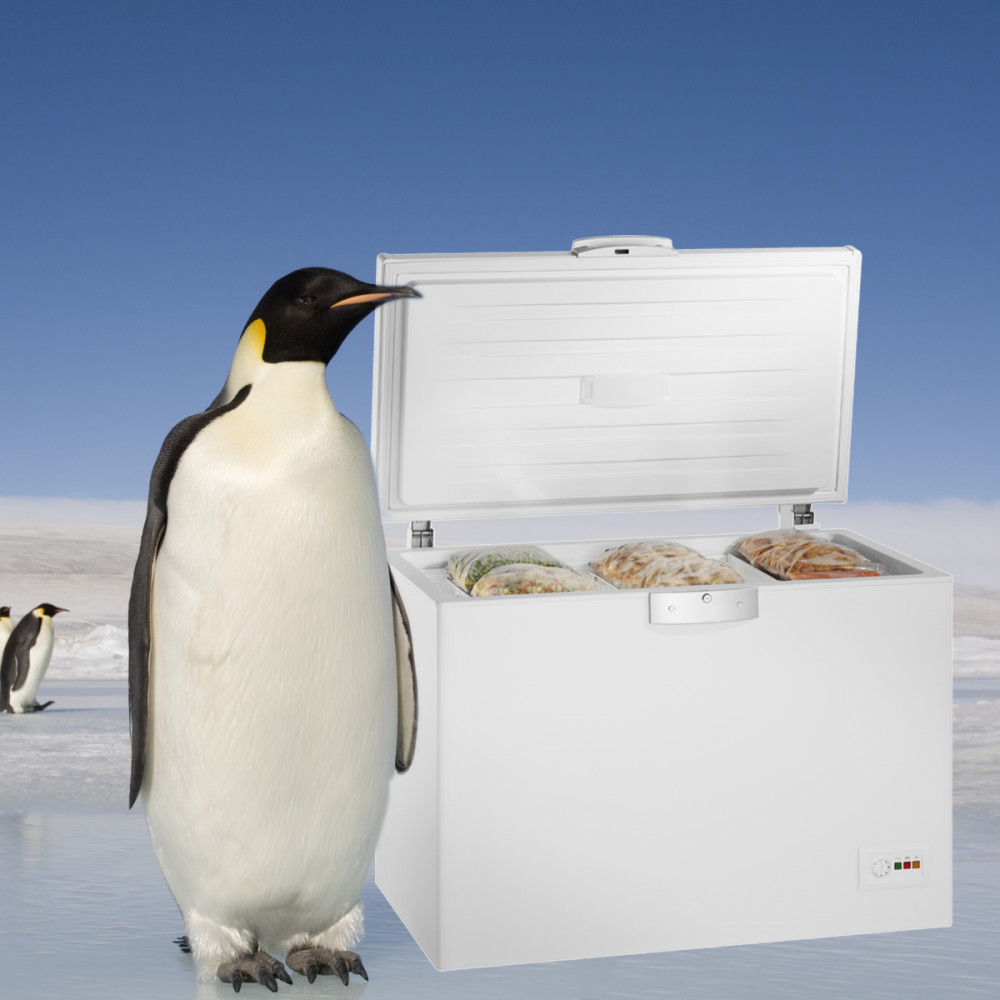 What is the best part of your job?

Living in Antarctica. I tell people it’s probably the closest you’d ever get to being on another planet. It’s different to most jobs I've worked at. You get a lot of free time and there’s heaps of stuff to do outside. For instance, in summer, we get to go skiing. Or we’ll go camping out on the ice shelf.

What is the hardest part of your job?

Living in Antarctica - it’s amazing but also challenging. We have a saying down here: ‘Antarctica is a harsh continent’. The environment’s really dramatic but ultimately very brutal. If you go outside and you're not dressed properly, you'll get frostbite in less than 10 minutes. At the moment, we’re experiencing relatively cold temperatures for this time of the year, around -35C to -40C consistently. With the wind, it gets down to -60C.

How did you become an Antarctic chef?

I got asked by my father if I wanted to work on a cruise ship that went up to the Arctic. It gave me a window into polar expeditions. I worked with a guy who was coming back to Scott base. We kept in contact over the next year and I told him I was keen to work in Antarctica. He ended up being a reference for me when job applications were going. It was just one of those moments where I thought: ‘Well, I've got nothing to lose’.

How many are there of you?

It depends on the season. In summer, there's about 4000 people in Antartica, and about 80 on Scott Base. During that time, there's two or three chefs. In winter, there's only about 12 people at Scott Base and only one chef. 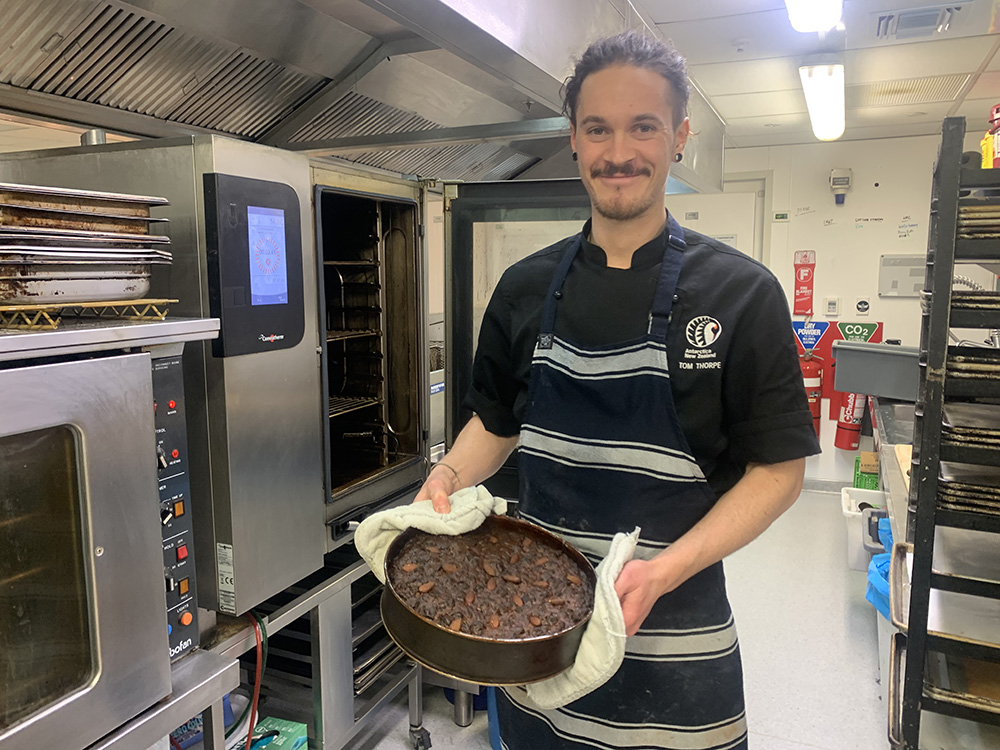 What's on the menu?

We're given quite a lot of ingredients to use. Obviously, different chefs cook different things.  Almost all the meat comes frozen. Same as dairy. We also have a lot of frozen vegetables.

In summer, I'll do a fresh order every couple of weeks, which means I’ll have fresh vegetables pretty much throughout the whole of the season. In winter - basically April to August - we have no flights so orders stop. Right now, I'm running low on fresh stuff, with just cabbage and broccoli left.

Do you miss any food items that you can't get in Antarctica?

Honestly, if there’s something I really need, I can order it. But there are limits, especially if it doesn’t have a long shelf life. Those tend to be the things I miss the most, especially fresh strawberries, fresh raspberries and blueberries. 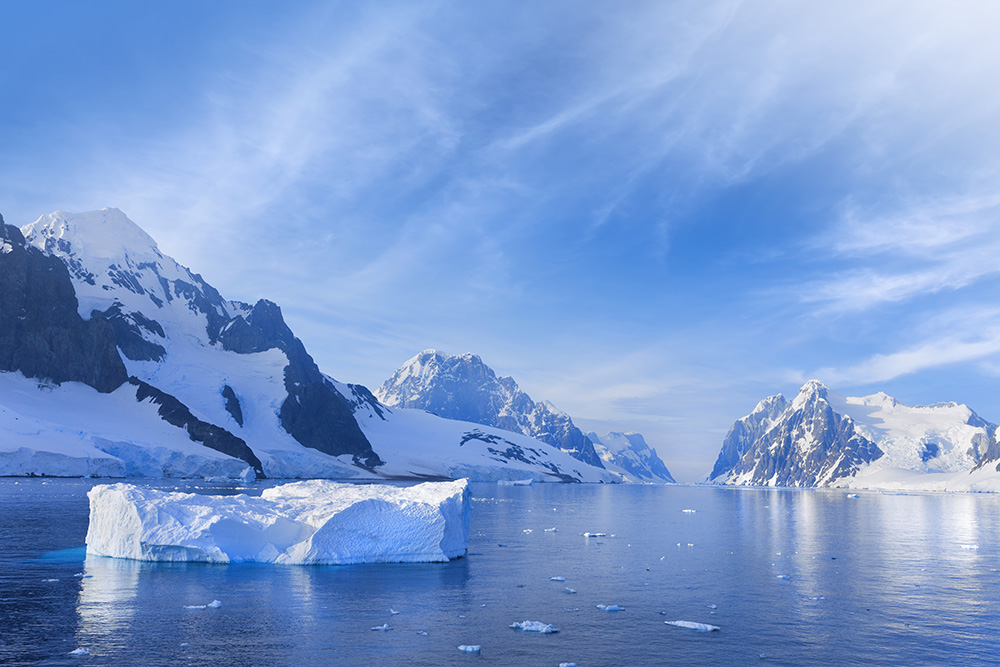 I get up about six o'clock in the morning to do some exercise, yoga. Then I'll have breakfast before checking emails. After that, the cooking begins.

The most important meal of the day for a lot of people here is 10 o’clock smoko. It’s more than just morning tea - people want something like a sausage roll or a pie to fill them up. Lunch is similar, just a bit bigger, and I have more variety with food as well.

After lunch, I'm usually back in the kitchen by 2.30pm to get ready for the afternoon smoko. That’s super basic, usually a biscuit or muffin. Once that’s done, it’s time to prep dinner which is served at 6pm. That’s usually the biggest and heartiest meal of the day. Usually, I’ll be done by 6.30pm or 7pm. 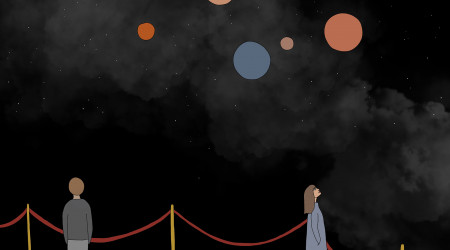 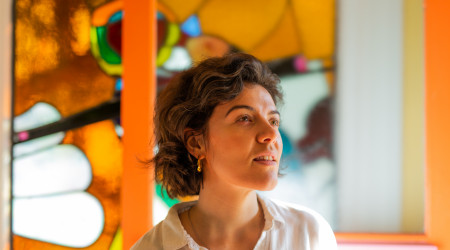