The seven-day rolling average of reported deaths is 13.

Twelve were men and seven were women.

*Please note the Ministry has reported 20 deaths, however these numbers add to 19.

There are 841 people in hospital, with 27 of those people in intensive care or high dependency units. 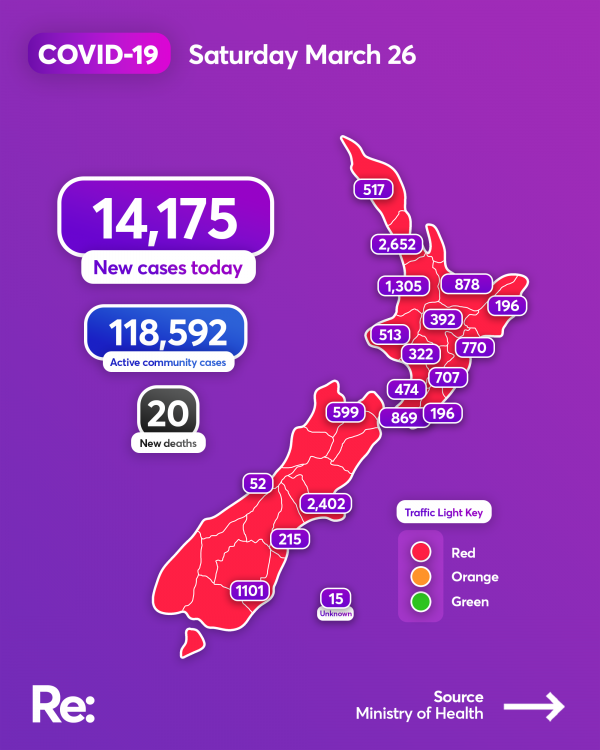 96.3 percent of New Zealand's eligible population have had the first dose of the Covid-19 vaccine, and 95.1 percent have had a second dose.

72.6 percent of the eligible population have now had a booster shot.

New Zealand to resettle 150 refugees a year from Australia

A 'disturbing portion' of NZers think they can land a plane from watching one video: new study