Director-General of Health Ashley Bloomfield has tested positive for Covid-19 while attending the World Health Assembly in Geneva, Switzerland.

He is now self-isolating in Geneva and is experiencing mild symptoms. This means his return to Aotearoa will be delayed.

25 people with Covid-19 have died, bringing the publicly reported total to date to 1,127.

There are 350 people in hospital, with 10 of those people in intensive care or high dependency units. 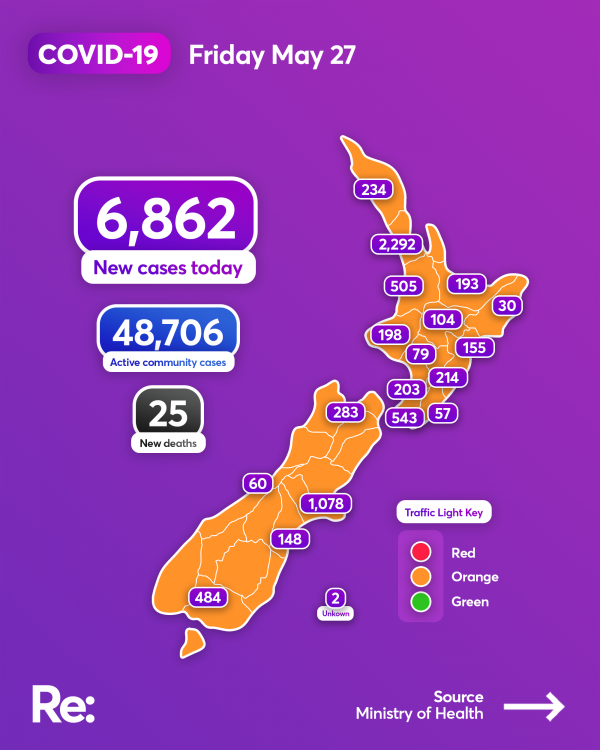 Behind the scenes at Auckland's biggest vogue ball