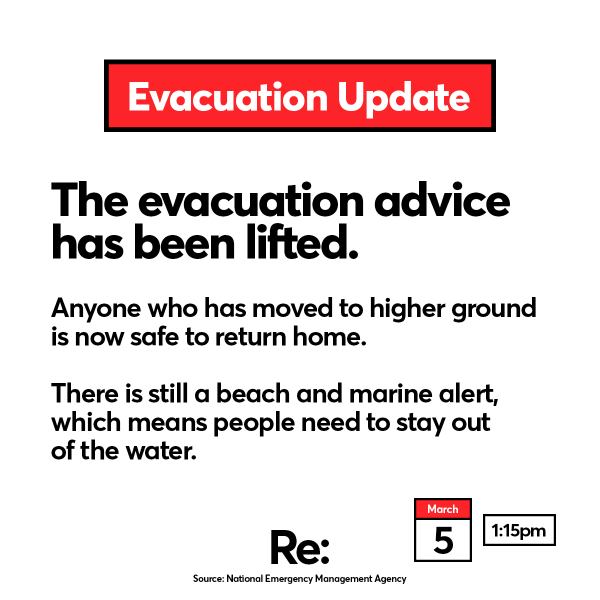 The evacuation advice has been lifted, says the National Emergency Management Agency. Anyone who had moved to higher ground is now safe to return home.

There is still a beach and marine alert, which means people need to stay out of the water. 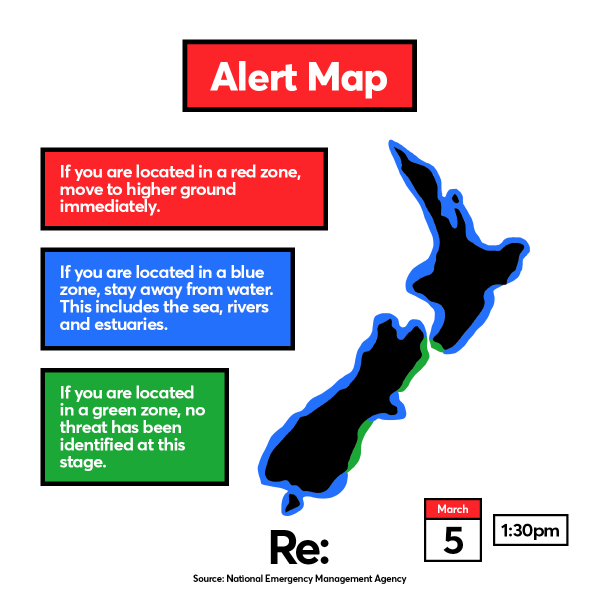 A fourth strong earthquake has hit in the Kermadec Islands region, at 6.2 magnitude, according to the United States Geological Survery.

An emergency alert has been issued for all Auckland coastal areas. Auckland is not being asked to evacuate, but people must stay off the beach and out of the water.

“This has been an extraordinary morning for New Zealanders up and down the country,” says Minister of Emergency Management Kiritapu Allen at a press conference at 11.30am this morning.

The key message is, “When it is long and strong get gone,” she says. This means when you feel an earthquake that is either long or strong there is a potential tsunami risk, so immediately evacuate to higher ground.

“We are asking those who have moved to high ground to remain inland, to remain where you are, until the official all-clear is given,” says Ms Allen.

“We know people may get tired or bored, but we are asking please do not go and leave those areas until you have the all clear.”

National Emergency Management Agency national controller Roger Ball says if a tsunami comes, the first wave may not be the largest, so it is important to remain on higher ground.

Across the country, even if you are not in an evacuation zone, you need to stay out of the water, including the sea, rivers and estuaries and boats.

Evacuation advice overrides the Covid-19 requirements, so if you are told by civil defence authorities to evacuate, do not stay at home, even if you are unwell. Stay 2m away from other people if you are safely able to do so. 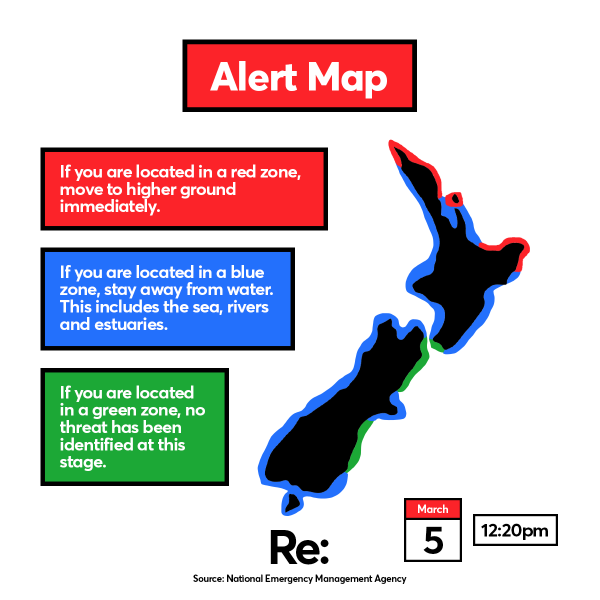 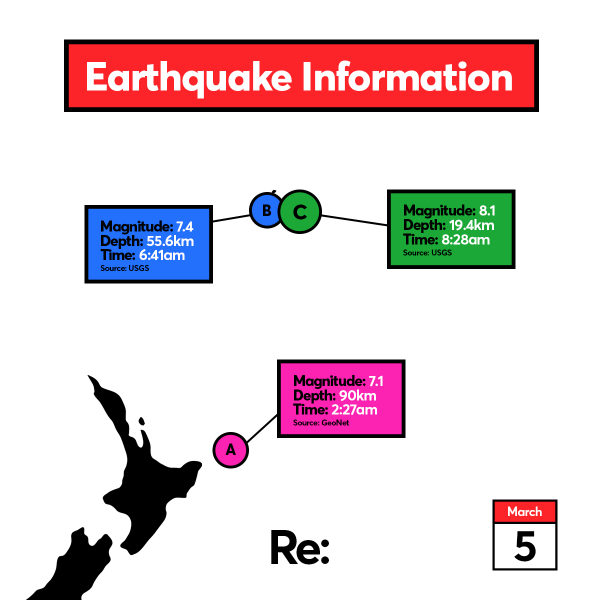 After an 8.1 earthquake near the Kermadec Islands just after 9am this morning, a tsunami evacuation alert has been issued for:

The National Emergency Management Agency says everyone in these areas must move to higher ground immediately. 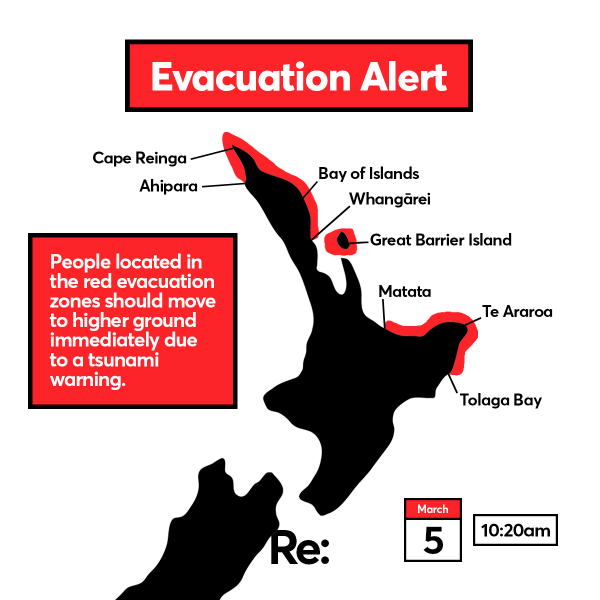 In addition, there is a water warning for coastal areas across the North and South Island. Strong currents and unpredictable surges near the shore are expected, which means a threat to beaches, harbours, estuaries and small boats. This applies in:

The West and South Coasts of the South Island from Farewell Spit to Puysegur Point including Westport, Greymouth and Hokitika.

The top of the South Island from Farewell Spit to Port Underwood including Nelson, Picton and the Marlborough Sounds.

The East and South Coasts of the South Island from the Waipapa River to the Rakaia River including Christchurch and Banks Peninsula, from the Taieri River to Puysegur Point including Invercargill.

Stewart Island and the Chatham Islands.