How many of us really know the history of the places that we live in every day? In episode 4 of He Kākano Ahau Kahu finds out some of the deeper stories from the land beneath Auckland city. Listen on the link at the bottom of this article.

I knew very little about iwi outside of my own before I moved to the city. My entire world was what I knew of my own people; our tikanga and kawa. All my schooling was within the nearby rohe of Te Whakatōhea and Ngāti Awa. Still, we were all people bound under the same waka. Calling any Māori of an approximately similar age to me “cuz” was a pretty good bet that they were actually, a cuz. This was the world that I lived in, and I liked it. 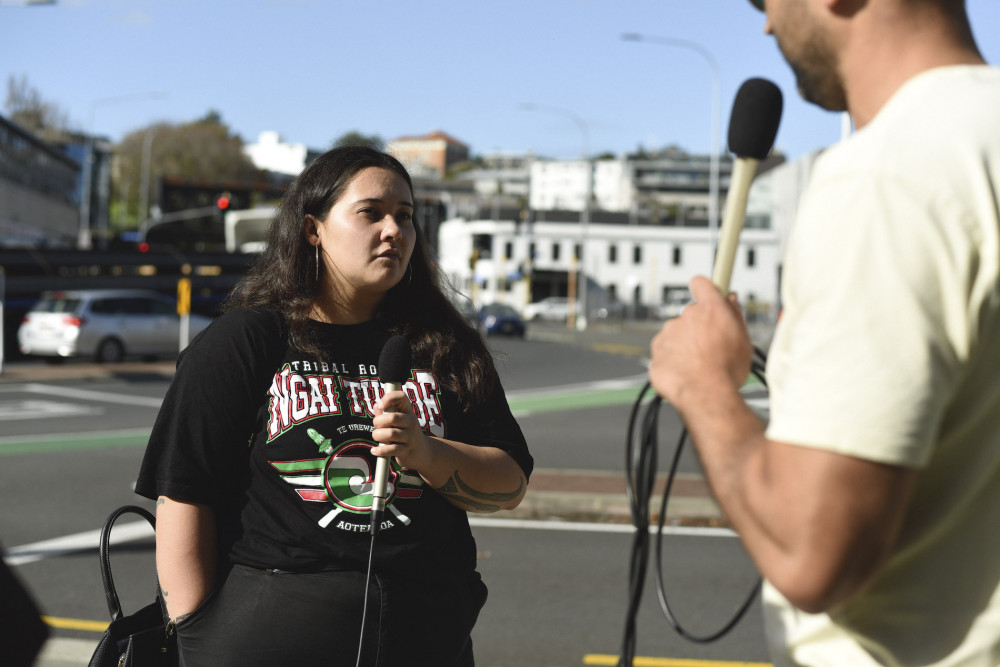 Back home in Te Urewera, I was tangata whenua, and in the city I was no longer that. Taura here is what we call Māori living in a place that is not their ancestral home. Taura here are a kind of binding rope. I became one of the many who have hitched our waka in a new village.

At 18 years old and fresh from the bush I had no clue how to be Māori in the city, or what it meant to be taura here on another iwi’s land. It took me a year to learn the name of the mana whenua in the city I had come to call home. Another nine months before I first learned some of its history, gifted to a van load of us by my friend Tupara as we drove up and around Tangi-te-Keo (what the basics call Mt Vic). 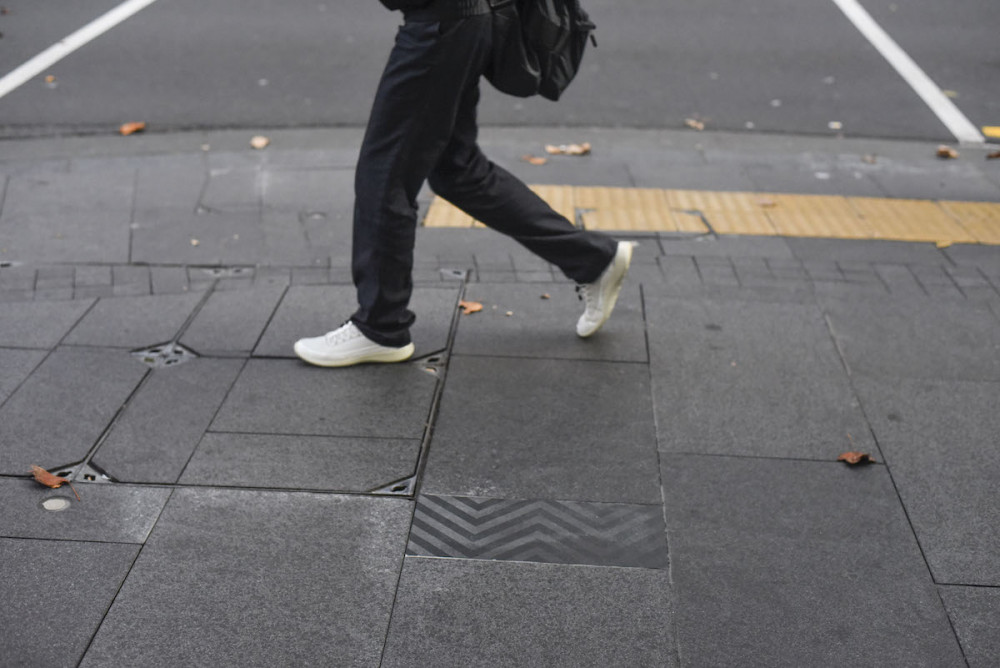 “Making an effort to learn about the history beneath our feet is the absolute bare minimum we can do to honour the places we live.” Photo Nicole Hunt

With Tupara’s words the city came alive for the first time. I found myself seeking out more of the history on my own. The harbour became the home of Ngake and Whātaitai. Karori became Te Kaha o ngā Rore, which once upon a time was a rich pantry of delicious birds to eat. I learnt of the ancient puna that flows underneath Lambton Quay. I learnt the more recent history of why Taranaki St is named so. I even called my nan to learn more about the history of my Pākehā ancestors who had lived here in the last hundred years, and found my own great-great-grandparents buried in Karori Cemetery.

Making an effort to learn about the history beneath our feet is the absolute bare minimum we can do to honour the places we live. It not only acknowledges the tangata whenua, but it makes our own experiences in that place more dynamic. It is something I take care to do no matter where in the world I am. 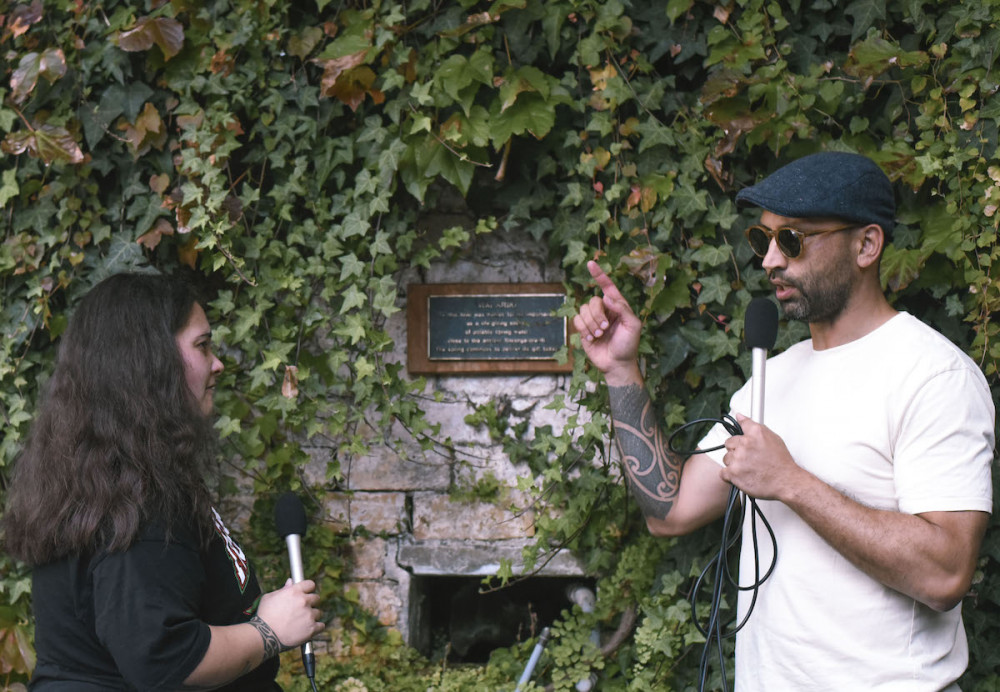 The basis for this episode of He Kākano Ahau came around because I asked myself what gaps were missing in the conversations around urban Māori. I realised that overwhelmingly, the urban Māori conversation was about taura here, especially those who are disconnected. But I thought about Tupara, and other friends of mine who have deep ties of whakapapa to spaces that we now consider urban. Do they consider themselves urban Māori and do they feel the same sense of disconnection from their homes?

I decided to explore these pātai in Tāmaki Makaurau, a city I had honestly never liked and knew very little about. It still is a place that I generally feel very lost in and overwhelmed, though the kai selection is much better than my own city. In late May last year I found myself heading down to Tāmaki.

Of all the episodes of He Kākano Ahau, this one was perhaps the most surprising. Through the eyes of two uri of Ngāti Whātua ki Ōrākei, I found myself immersed in the most amazing stories of this place. Suddenly I found myself in a carpark at the back of Auckland University peering at an ancient puna hidden in a brick wall. Suddenly there was Maki, and the land of a thousand lovers, there was the pā that once traded with iwi from all around the country. I heard the prophecy told of in the mōteatea He Aha Te Hau, and sitting at Ōrākei Marae, contemplated the legacy of rangatira like Joe Hawke. 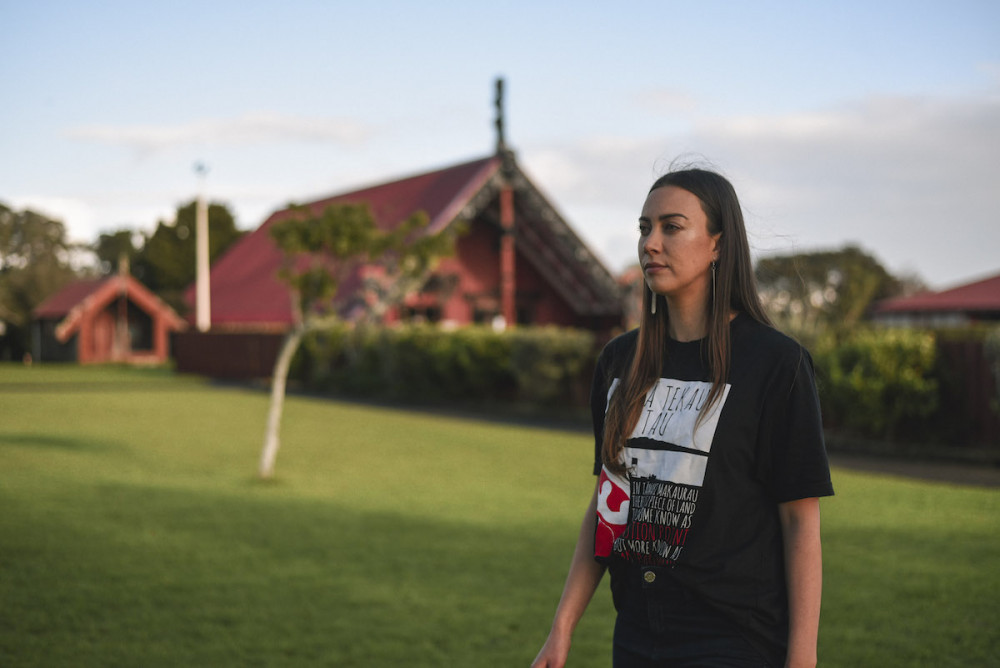 I feel I should say too that learning the history is only the first and most basic step we should take in the places we call home. Consider the ways that you can support tangata whenua in your area. For example calling out Pākehā protesters who don’t want to see an ancient maunga replanted in native trees, or supporting when tangata whenua put rāhui in place. I hope this episode gets you curious about the history of the places you occupy and the stories beneath the concrete. In a country that still has bounds and leaps to recover from its stance of historical amnesia, you can trust me that your world will be richer for doing it.

by Ursula Grace Productions, made possible by the RNZ/NZ On Air Innovation Fund.