The government has banned the export of live animals by sea, but has given businesses a two-year phase out period.

The decision was announced April 14 by Agriculture Minister Damien O’Connor.

The transition period means businesses will be allowed to continue live exports for the next two years in order to finish contracts and phase out the practice.

“At the heart of our decision is upholding New Zealand’s reputation for high standards of animal welfare. We must stay ahead of the curve in a world where animal welfare is under increasing scrutiny,” Minister O’Connor says.

New Zealand only exports live animals for the purposes of breeding. No live animals have been exported for slaughter since 2008.

In September 2020 a livestock ship sank off the coast of China, killing 41 crew members including two New Zealanders, and 5800 New Zealand cows.

Live exports make up 0.2 percent of the revenue from the primary sector, which includes things like agriculture and forestry.

The ACT Party said in a press release the decision “ignores the evidence and is a kick in the guts for the rural sector”.

ACT’s primary industries spokesperson Mark Cameron said a live dairy cow exported to another country could earn a farmer around $400 more than if it were sold in New Zealand.

He said the decision would not improve animal welfare because other countries with lower animal welfare standards would continue live exports and will fill the gap left in the market by New Zealand.

The Animal Genetics Trade Association, an organisation that represents farmers who export live animals for breeding, says the decision will “financially devastate many farmers”.

It says most export calves were “surplus” animals from the dairy industry, so “150,000 surplus calves will now be slaughtered in New Zealand each year, rather than moved to other countries to contribute as breeding cows.”

Spokesperson Dave Hayman said in a press release New Zealand already had the strictest animal welfare standards in the world.

“The welfare of each travelling animal is independently verified by vets on behalf of the Ministry of Primary Industries. 99.9% of the animals arrive at their destinations in healthy condition.”

Animal rights organisation SAFE welcomes the ban, saying thousands of animals will no longer suffer overseas. However, it also points out the policy only covers animals shipped by sea. Cattle are the most common live export. Sheep, deer and goats are also exported.

The ban does not include those exported by plane.

SAFE says over 99 percent of New Zealand’s exports are day-old chicks and eels shipped by air.

"Day old chicks and eels are the forgotten animals in this announcement. They will continue to be exported to countries with lower animal welfare standards," SAFE chief executive Debra Ashton said in a press release following the announcement.

The battle for the rodeo in New Zealand 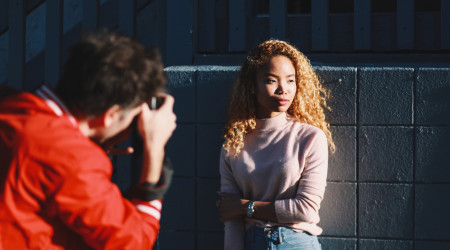