How do you put a price on art?

Recently, Re: partnered with our friends at Basement Theatre for Art and Money: the second live event in our Disruptors podcast series. As the creative sector claws its way out of the pit of 2020, our live panel discussed what art is worth, both for our emotional survival and paying the bills.

Disruptors is a podcast series where creatives in Aotearoa talk about how they disrupt with their art, produced by Basement Theatre. You can check out the full series and listen to the podcast here. 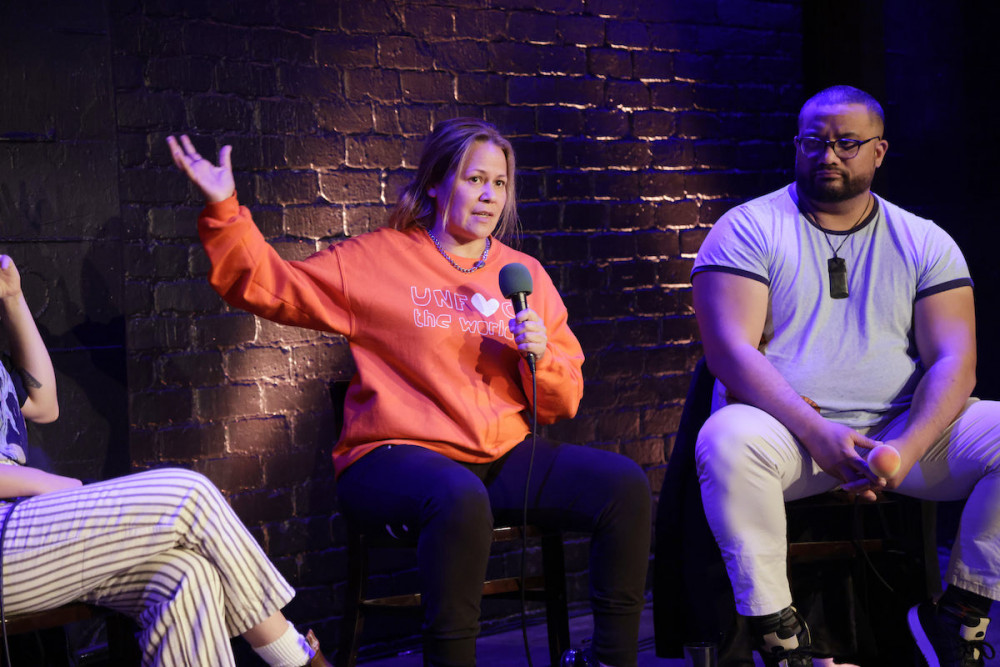 “For us, the conversation isn’t about art, it’s about wellbeing, and creativity is the vehicle for us as people, and as a collective, to be well,” says Huia O’Sullivan, executive director of Ngā Rangatahi Toa, an organisation that helps youth develop life skills through creativity.

Moderator for the evening, Basement Theatre’s Nisha Madhan, welcomed Huia to the panel saying there was a very basic reason she was there.

“I feel like every time I talk to Huia I come away feeling, oh I got it, it’s simple!...But then I don’t see her for a few months and I’m all confused.”

To untangle the curly relationship between art and money, Huia was joined on the panel by Tim Swann, who knows a bit about both topics as a banker and member of FAFSWAG Arts Collective.

MP for Auckland Central Chlöe Swarbrick was also there, and described by Nisha as “the only one who can explain GDP to me in a way I can get it”. 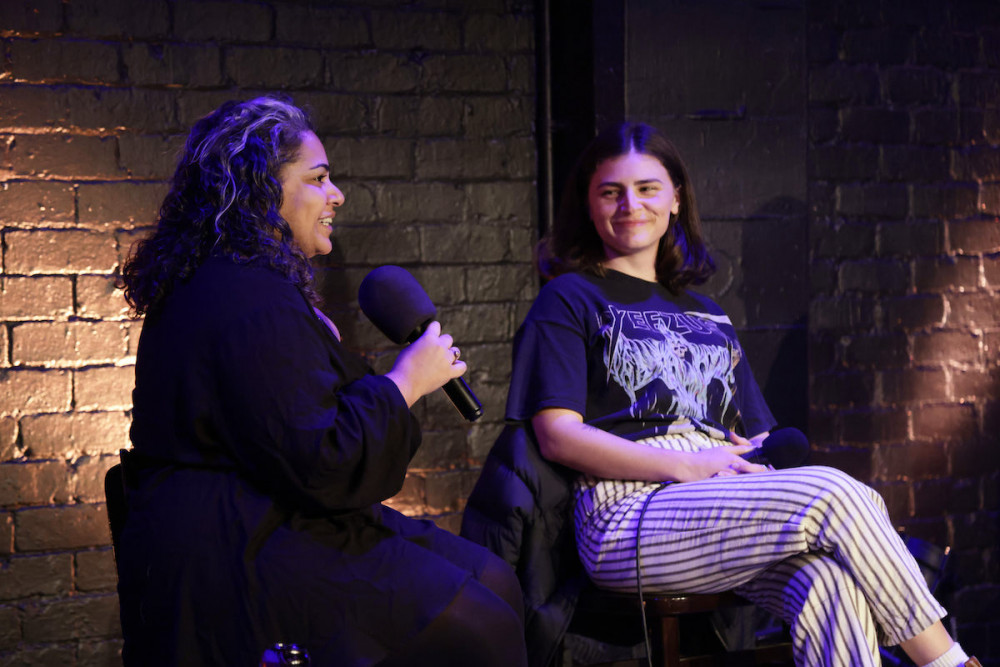 As we all know, money is much more of a concern when you don’t have it.

“For me growing up, money, or rather a lack thereof, was a real source of shame and something that you hid,” said Chlöe.

“For a lot of my life, money defined what I could and couldn’t do,” said Tim. These days, “money is a tool that complements my life, but I’ve worked really, really hard to get to that place.”

He acknowledged the weight of its absence. 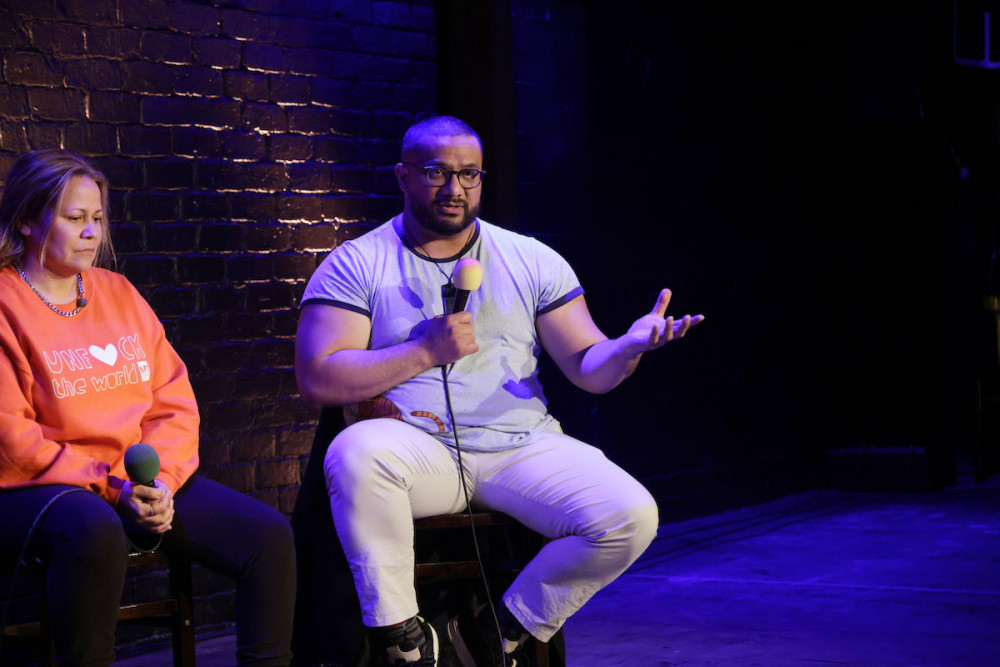 “Money tends to heighten your emotions. If you’re happy with a million bucks, how happy are you,” said Tim. “But if you owe someone a million dollars, that hangs around your neck and you can see it physically.”

Huia spoke of the pain of running their not-for-profit in a state of insolvency for two years. “That feeling is a feeling I never want to go back to,” she said.

“Over the years I've had to develop a healthy relationship with money. That’s flipping the script around and having a mindset of abundance.”

To get to that point of abundance, means either operating within existing systems, like government funding bodies, or finding ways to flourish outside of them as Huia has by partnering with businesses that share her organisation’s values.

At this point in the discussion, Chlöe gives a handy explainer of the difference between monetary policy and fiscal policy - including a cheat sheet on GDP - and how reliant we are on our systems to produce the outcomes we want. Adding a gentle reminder that we all have a part to play in the decision making of which art gets valued - and funded. Is it the ballet? The opera? Or Parris Goebel’s hip hop empire?

“The Government is the manifestation of all of us - supposedly, if you believe in representative democracy. So, if you think about it in that way, actually, it’s inherently that baseline point of, what is it that all of us value?

“What should be in public spaces and be accessible for everybody? What does it mean to engage in community? Because those are the things we crowdsource, through taxes, and then fund.” 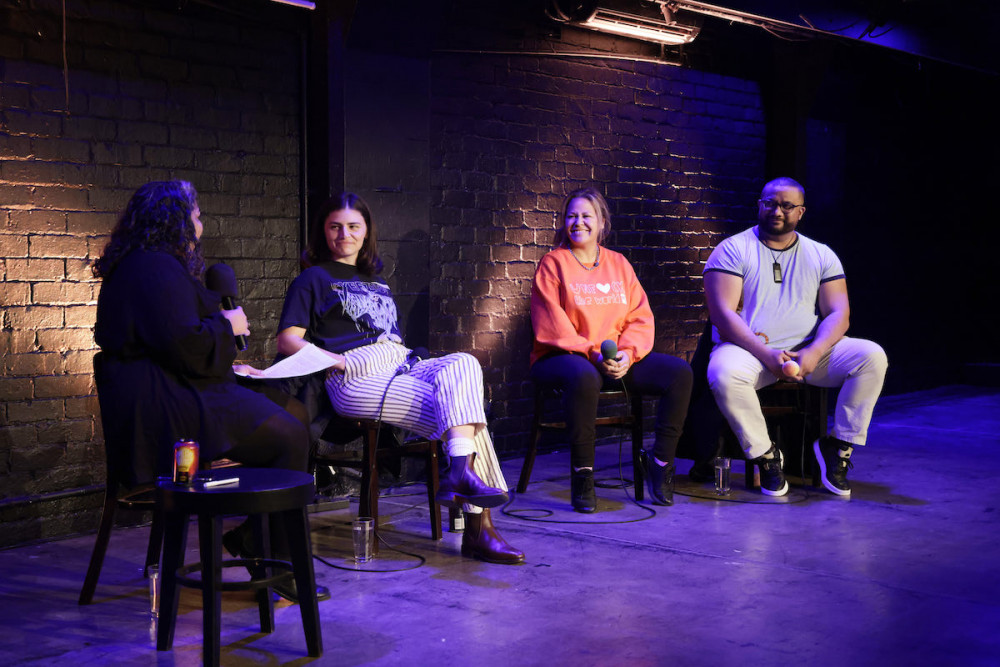 “As a banker, if you value something you’ll put money against it,” said Tim. “A lot of the time you get political spin and people saying, ‘We love this, and we’re really behind it’ but there’s no budget, there’s no resource. As a banker, show me the money. Go have a look at the budget, and you will see where the priorities are.”

As usual, Huia hit to the heart of the matter - and a value that can’t be found on a spreadsheet.

“I don’t really get the whole GDP stuff but I get community and I get wellbeing. And if it means that we’re stopping more young people completing suicide in our communities, and we’re doing that through creativity, that’s got to be a better place to live in.”

You can check out the full discussion of the night and the rest of the Disruptors podcast series here. And look out for another Disruptors Live event at Basement Theatre coming soon.