Lockdown lifts at 11.59pm Monday April 27, and we’re all desperate to get some takeaways. But restaurants say delivery companies often take such a high cut that it's not worth it for them to open at all.

As we all grappled to understand what life would look like at level 3, a phrase quickly emerged which succinctly explained it; level four, but with takeaways.

After four weeks of relying on our own cooking skills, the whole country is understandably excited to have our favourite meals prepared by professionals.

But for many locally-owned restaurants, this transition to operating as a takeaway store is easier said than done.

Restaurants will need to modify their kitchens to meet the level three restrictions, which include maintaining physical distance between staff and being meticulous with hygiene - washing hands after touching door handles and using utensils to handle unwrapped food. They also need to think about how they get the meals to their customers.

Third-party delivery services often take a sizable commission for delivering food. The largest of these services in New Zealand is Uber Eats, who take up to 35% commission on each order they deliver. This means if you order a $20 burger, UberEats could take around $7 from the restaurant.

In an earlier statement to Stuff, the company confirmed they had no plans to lower their commission rates in New Zealand due to the pandemic.

When asked by Re:, an Uber Eats representative would not answer whether they would consider changing their commission.

Instead they called attention to two initiatives they have introduced to help the 22,000 restaurants partnered with them across New Zealand and Australia. The first is a $5 million fund established to allow partnered restaurants to create promotions on their platform. The second is new features on the app for level three, which include default contactless delivery and the ability for users to add a tip for the restaurant they have purchased food from.

“Given the uncertainty and potentially lengthy nature of the current pandemic, our support package is focused on measures that are sustainable for us as a business, and also help restaurant partners to continue to attract customers and increase order volumes,” the Uber spokesperson says in a statement.

In a press conference on Wednesday April 22, Prime Minister Jacinda Ardern encouraged people to support their locally-owned food outlets, and “look at whether or not they offer delivery directly themselves.”

It leaves businesses in a difficult position going into level three - do they attempt to deliver through third-party delivery partners with unsustainable commission rates, try and come up with their own delivery service, or is it not worth operating at all under these conditions? 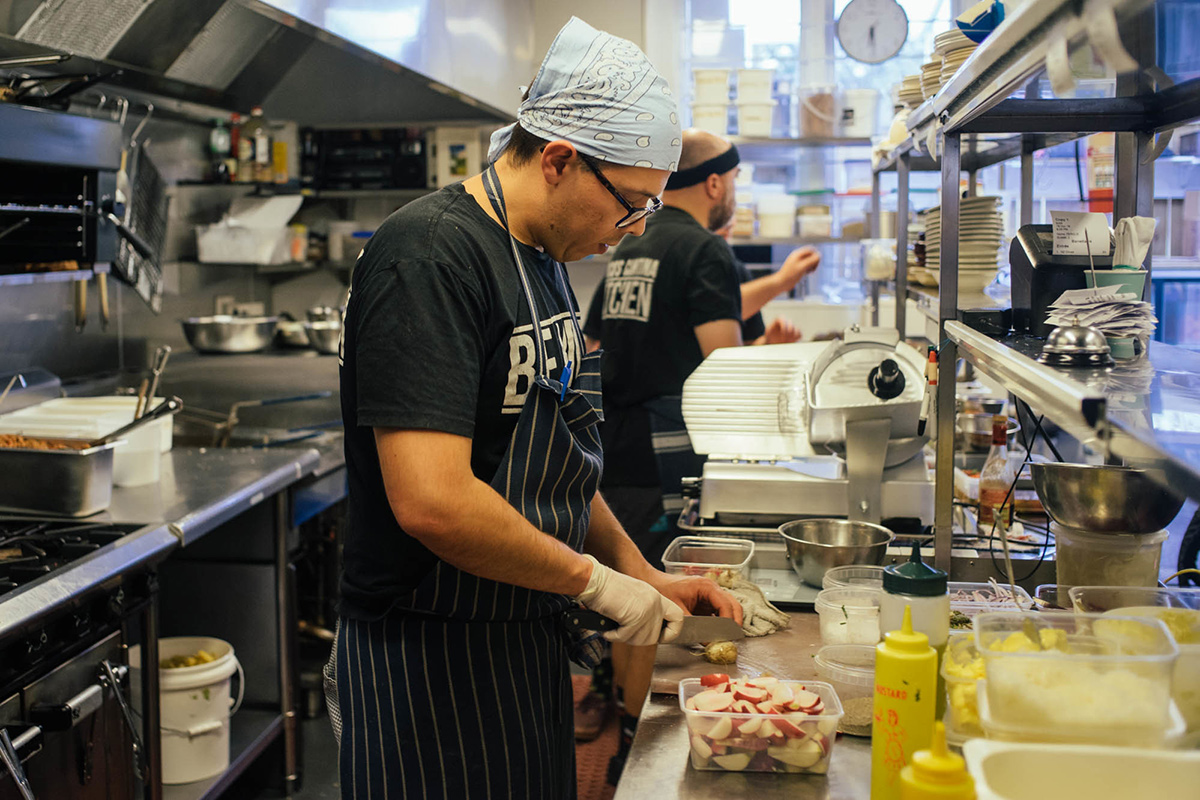 Inside the kitchen at Coco's Cantina.

Coco’s Cantina on Karangahape Road in Auckland have had to adjust their takeaway plans three times in the last five days as they have come to terms with what the level three restrictions will mean for how they can operate, says restaurant owner Renee Coulter.

The restaurant tried working with Uber Eats last year, but had to cancel after eight weeks because the 35% commission Uber was taking wasn’t sustainable for their business.

In level three, they are operating a pre-order system through their website. They will be offering contactless collections at their storefront, as well as trialling having staff deliver meals for the first two days of level three. But, Renee says, they hope customers will understand there are differences between what delivery service a restaurant can offer compared to third-party delivery.

“We aren't Uber,” she says. “We don't have all the tech of route allocation and automatically telling people when their food is coming.”

“There's also an expectation that an online order will take half an hour. We’re letting people know that it's a completely different system - a far more manual one.”

Restaurants pivoting to delivery won’t have the technical or physical amenities which allow third-party delivery services to offer quick and hot deliveries - such as apps, insulated backpacks and appropriate vehicles.

Running their own delivery service is a very short-term solution. Without the government’s wage subsidy, Renee doesn’t see how they could operate delivery long-term. The business has other legal obligations it has to comply with, like rosters offering minimum three hour shifts, as well as the logistics of parking and vehicles for a delivery fleet.

These are all restrictions third-party delivery services sidestep with their unique business structure of constantly-mobile delivery staff, who set their own hours, in their own vehicles.

Many businesses have pre-existing partnerships with delivery services like Uber Eats. But because delivery is about to become a much larger part of many operations, the impact of delivery commissions is about to be compounded.

Lord of the Fries, for instance, has a pre-existing relationship with Uber Eats, says national franchisor Bruce Craig, but whereas their delivery used to comprise about 15% of their sales, they expect it could now become as much as half. 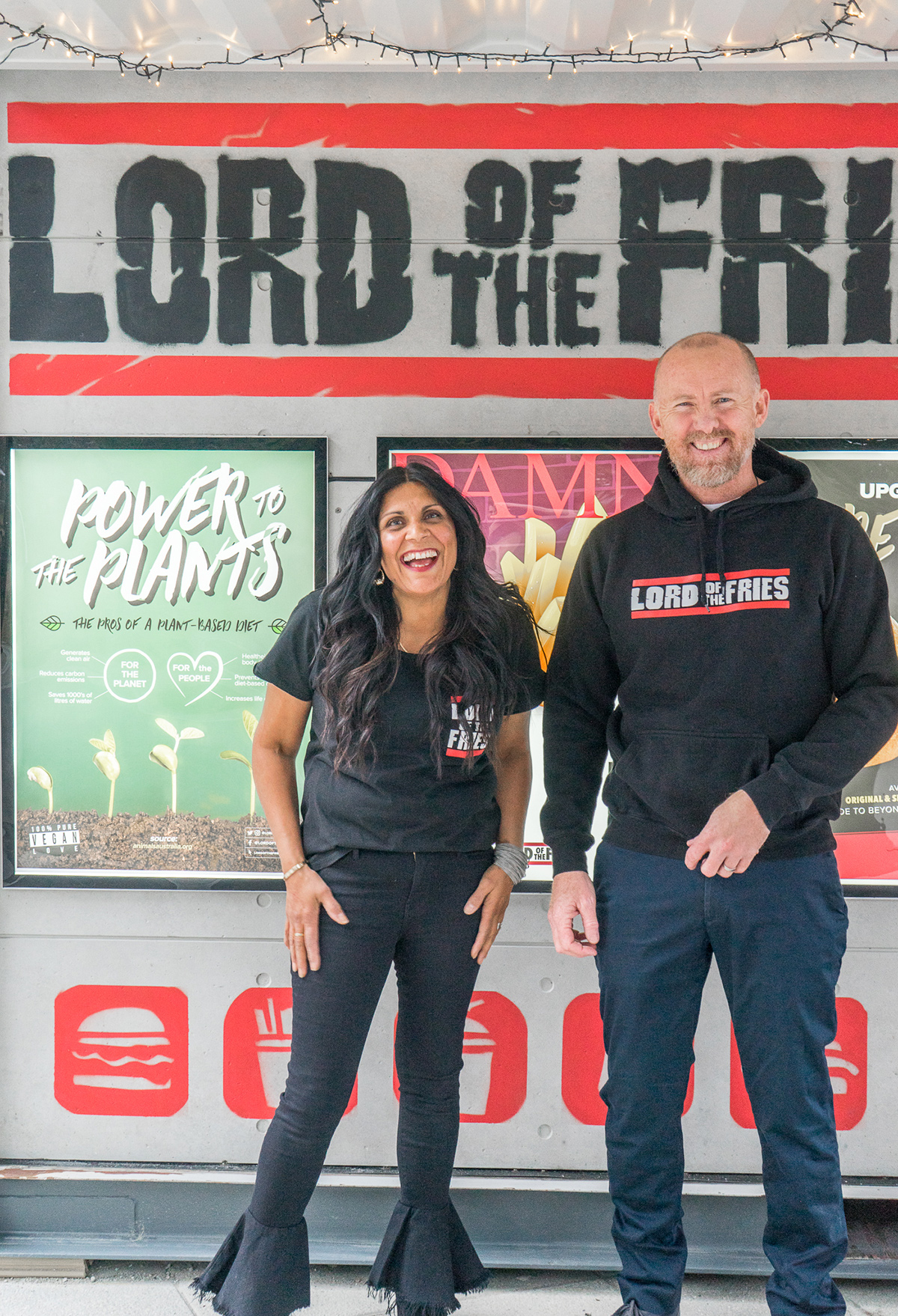 To handle these commission costs, Lord of the Fries has negotiated with Uber Eats to allow them to raise the prices of their products on the app to absorb the costs of commissions.

“We don't run on very high margins - as a business we run on volume, so we can't afford to lose that 30% to Uber Eats. So, when they charge a service fee, we tend to increase our costs by the same amount,” Bruce says.

He expects that many people will still go with the Uber Eats option, because it has the biggest market share and so will be seen by the most people. And the extra price may be seen as worth it for those who live far from a store or who are just desperate for fries.

As an extra option, Lord of the Fries is also offering a super-local delivery within about a kilometer of their stores - which will be delivered by their staff for a flat $6 delivery fee, with prices the same as in store.

Is it worth it?

For some businesses, it’s just not worth opening in level three with the current delivery options.

Tommy Kirton, owner of Tommy Millions Pizza and Lucky’s Chicken in Wellington, has decided to stay closed in level three, because he says “the juice we could produce just wouldn't be worth the squeeze”.

“It seems to me that making substantial changes or introducing new ways of doing things for the sake of trying to eke out some trade in a short period in a really unknown environment, isn’t the wise move at the moment - especially in light of the public health concerns.”

Tommy says his decision was largely health-focussed. With so many unknowns around how the virus will act in level three, and the government’s wage subsidy still available for his employees, he decided it was better for his staff and customers not to adjust the business to operate in level three. 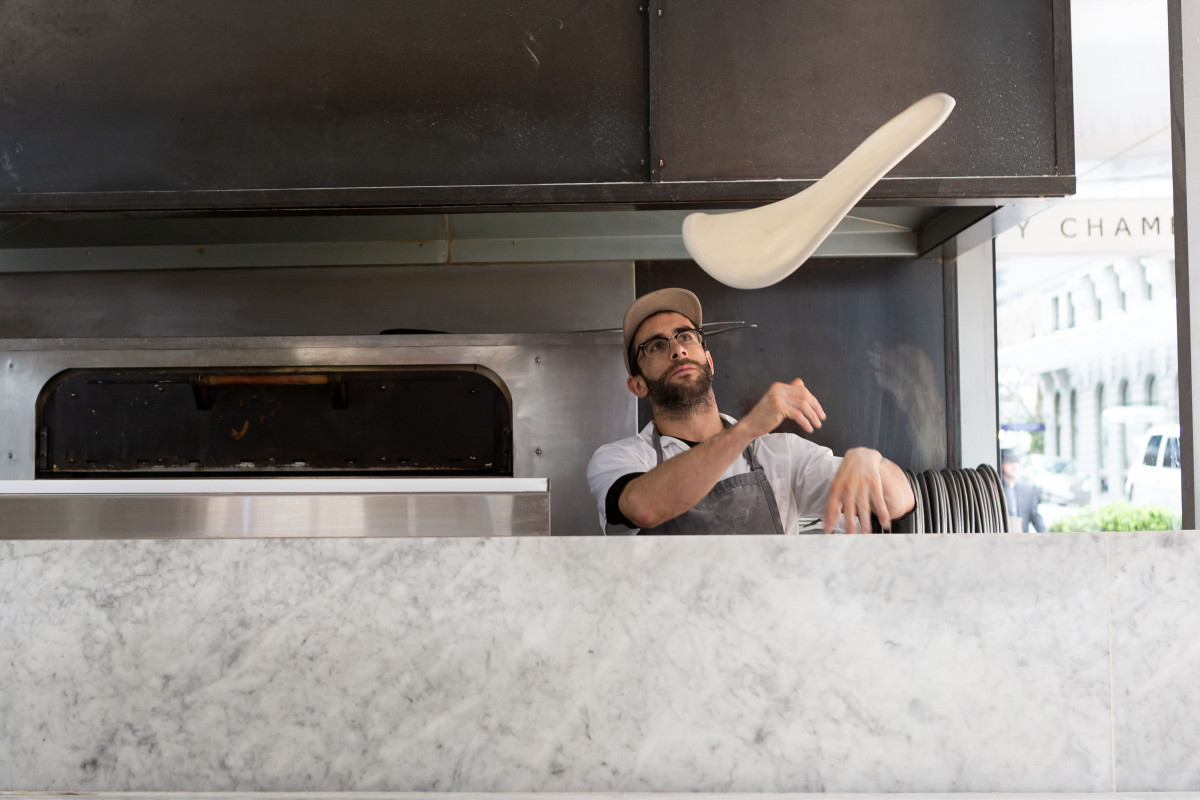 As well as health concerns, he has questions around the viability of the business under a primarily delivery system - both because of drain of commissions, but also because of the unknowns around quality control.

Under normal circumstances, Tommy and his team know exactly how to produce the right amount of product needed to meet demand and ensure that customers receive the best possible quality food.

“It stands to be seen just how [third-party delivery services] will cope with demand, particularly at peak lunch and dinner periods. There is a possibility of customers facing long wait times and compromised products,” Tommy says.

“They are good at what they do, so hopefully that will be managed - but it's sort of inevitable. They're gonna have a lot of new drivers they'll be recruiting, who may be new to the job and not know what it takes to deliver a time-sensitive product.”

The need for a gold standard local delivery company

Local delivery service contenders such as Delivereasy have been making adjustments to try to support their partnered restaurants during the pandemic.

Director of Delivereasy Nick Foster says these include offering a 0% commission on pickup orders made through their app, a donation option - which they will match by $2 an order - and free delivery promotions at their cost in areas where they have the capacity.

“These types of promotions are not sustainable for us long term either, but we understand it's important to help as best we can during this time,” Nick says.

Delivereasy’s commission rate is 20 percent, which Nick believes are fair.

“15 percent commission was our original business model when we started back in 2016. This proved to be unsustainable, hence why we have adapted our commission structure to what it is today.

The added pressures of Covid-19 and the lockdown have also introduced a whole new variety of services hoping to support the hospitality sector through this difficult time.

Recently launched platforms like Eat Local NZ and The Wellington Pandemic Pack are looking to help local restaurants find ways of delivering food to customers under the level three conditions.

The Wellington Pandemic Pack has partnered with a range of restaurants in the capital to consolidate their delivery service together - people pre-order food from one, or multiple, restaurants on the website, which is all delivered to the same central location where it can be collected by customers.

Over lockdown, Renee from Coco’s Cantina has had a member of her team researching all of these options and seeing which would work for them. Ultimately, they found none would, leaving her frustrated that the tech sector didn’t move before Covid to create something useful to New Zealand restaurants.

“I know there's a lot of people out there that they are trying to help and support us - but don't give us something that is actually half-baked,” says Renee. “It would have been awesome, if instead of us having 20 of these [new delivery platforms], we had three that were amazing, and maybe even had government support.” 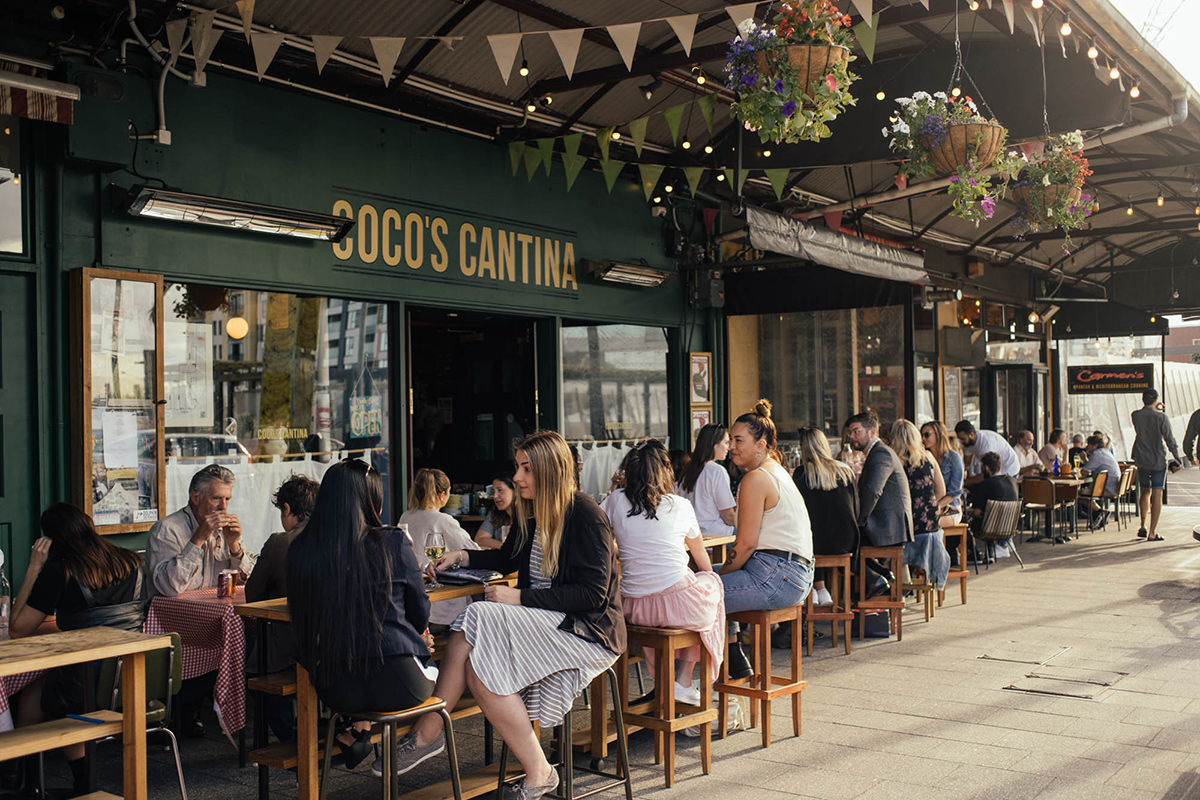 The biggest issue with many of these platforms, Renee says, is they have been developed without properly consulting the needs of restaurants. For instance, they’re asking restaurants to integrate a tablet into their operation. But, Renee says most restaurants use printed dockets for very specific reasons that allow them to ensure the right product goes to the right customer.

Every platform they have seen has one or many of these kinds of hurdles, Renee says.

“What we need is 15% commission, with a system that prints or integrates with our current software, and some way to operate drivers,” she says.

Regardless of the form it took, all of the restaurateurs shared a desire to see this lockdown result in a shakeup of the systems the hospitality sector has been struggling under - especially unsustainable terms with third-party delivery services.

So, next Tuesday when you get the chance to eat something not homemade for the first time in a month, consider doing as Jacinda says - eat local, and deliver local where you can.

Otherwise, if you want to go with a third-party service, it seems like Delivereasy has the most robust service and lowest commission rate on the market at 20 percent - plus they are New Zealand-owned, to keep those dollars onshore when we need them most.

This article has been edited to add responses from Uber Eats and Deliveryeasy.