For analog photographer and artist Crystal Chen, the Lunar New Year in China was one of her most vivid memories as a child.

The 19-year-old visited Asian supermarkets, capturing moments of people preparing for New Year’s eve. This is a time when family and friends celebrate, eat and spend time together.

Crystal Chen was born in Auckland and her Mum is from Beijing.

She says she loves Beijing. The culture is rich and exciting.

“But whenever we come home to New Zealand, my culture was made to feel as if there was a negative connotation attached to it,” the 19-year-old says.

“I personally felt like there was a lack of cultural representation - especially in the media. I didn’t really see people embracing the culture and therefore I felt a disconnection towards my roots.”

However, every Chinese New Year has become a gentle reminder of how much she loves her culture.

“I used to feel disconnected from my cultural identity but I have now learned to be proud of my Chinese heritage and I will always embrace this part of me.”

“Speaking in Mandarin, sharing cultural values, eating traditional dishes, playing Mahjong and spending time with my Chinese family and friends is something I will always cherish,” she says.

With her photo essay, Crystal hopes to showcase a little taste of Chinese culture in the media.

“Everybody and their experiences are unique to where in China they’re from and the values they’ve brought down to their second-generation ‘Chiwi’ kids - like me.”

Vivienne, 19 with her Mum, Natalie, and little brother Ryan

While shopping at the Tofu Shop and Fruit World in East Tamaki, the family share 油条 (Youtiao), a long Chinese doughnut.

Ryan, 12, ate most of it in the car while he waited for his sister and mum to finish buying food.

For Vivienne, Chinese New Year is about “connecting to your roots and an excuse to get people together because everyone’s always looking for an excuse to hang out … it’s culturally significant especially as a Hua Qiao 华侨 (overseas Chinese)”.

“Tonight we are making tiger stripe dumplings. For the year of the tiger.” 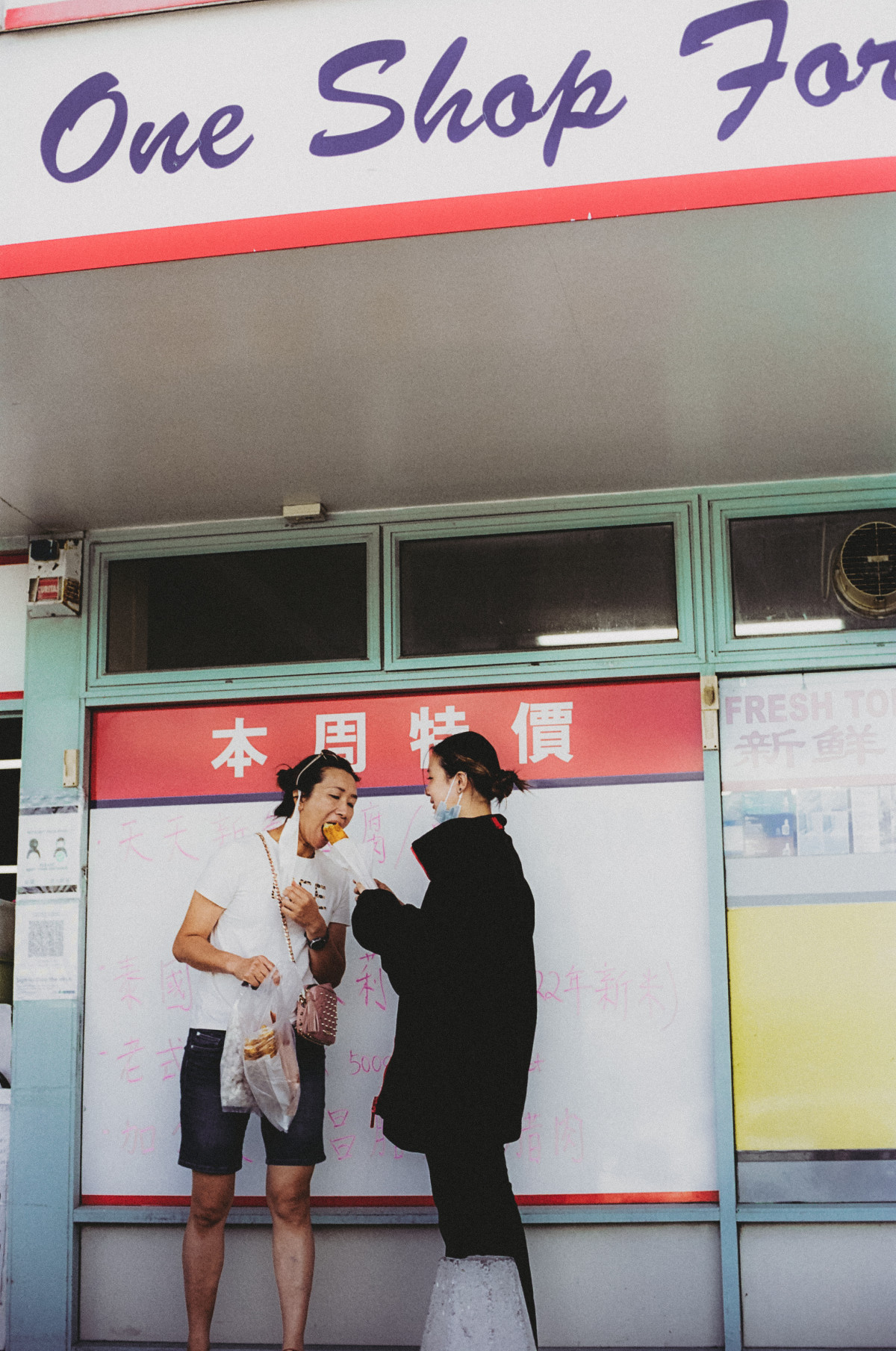 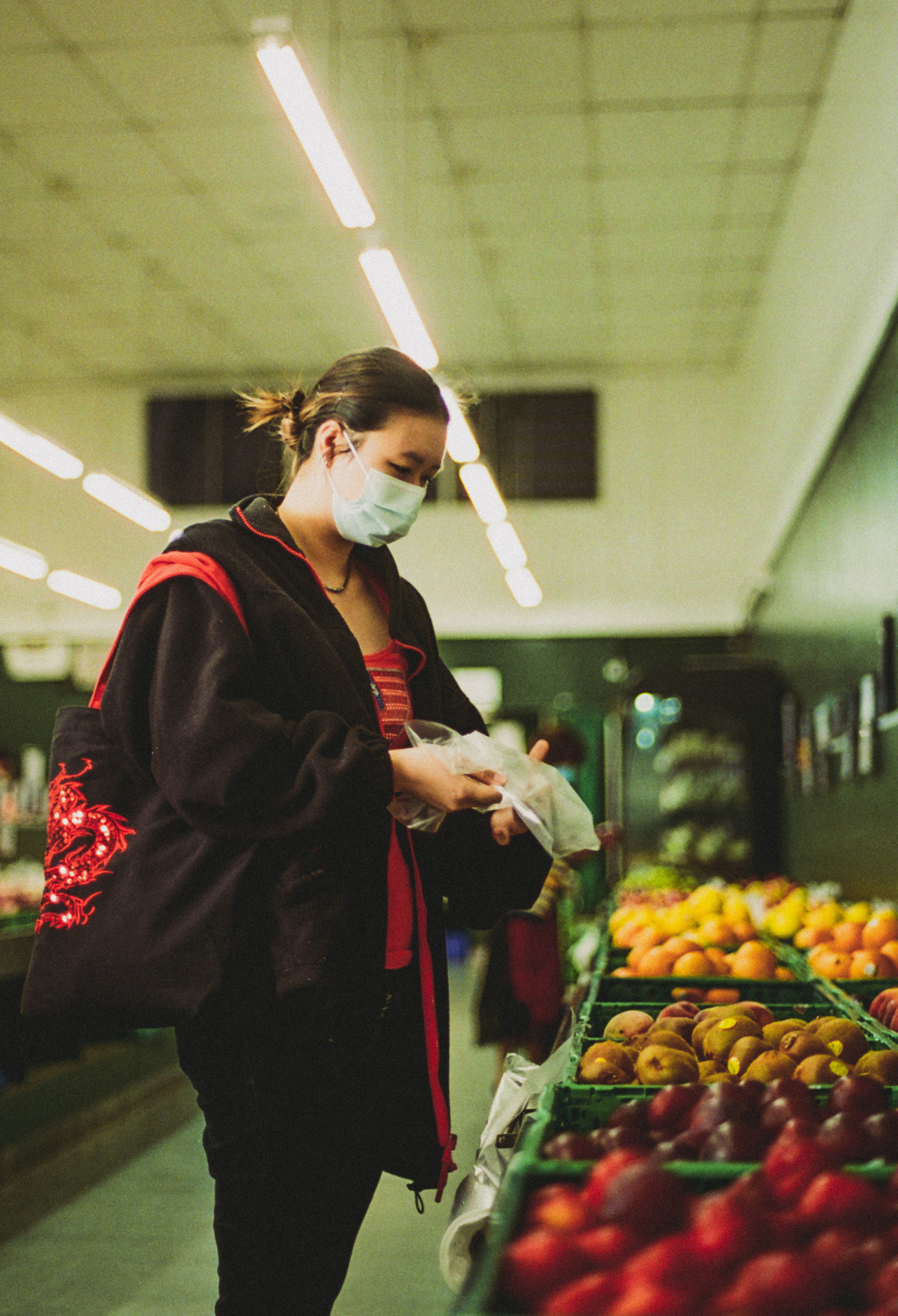 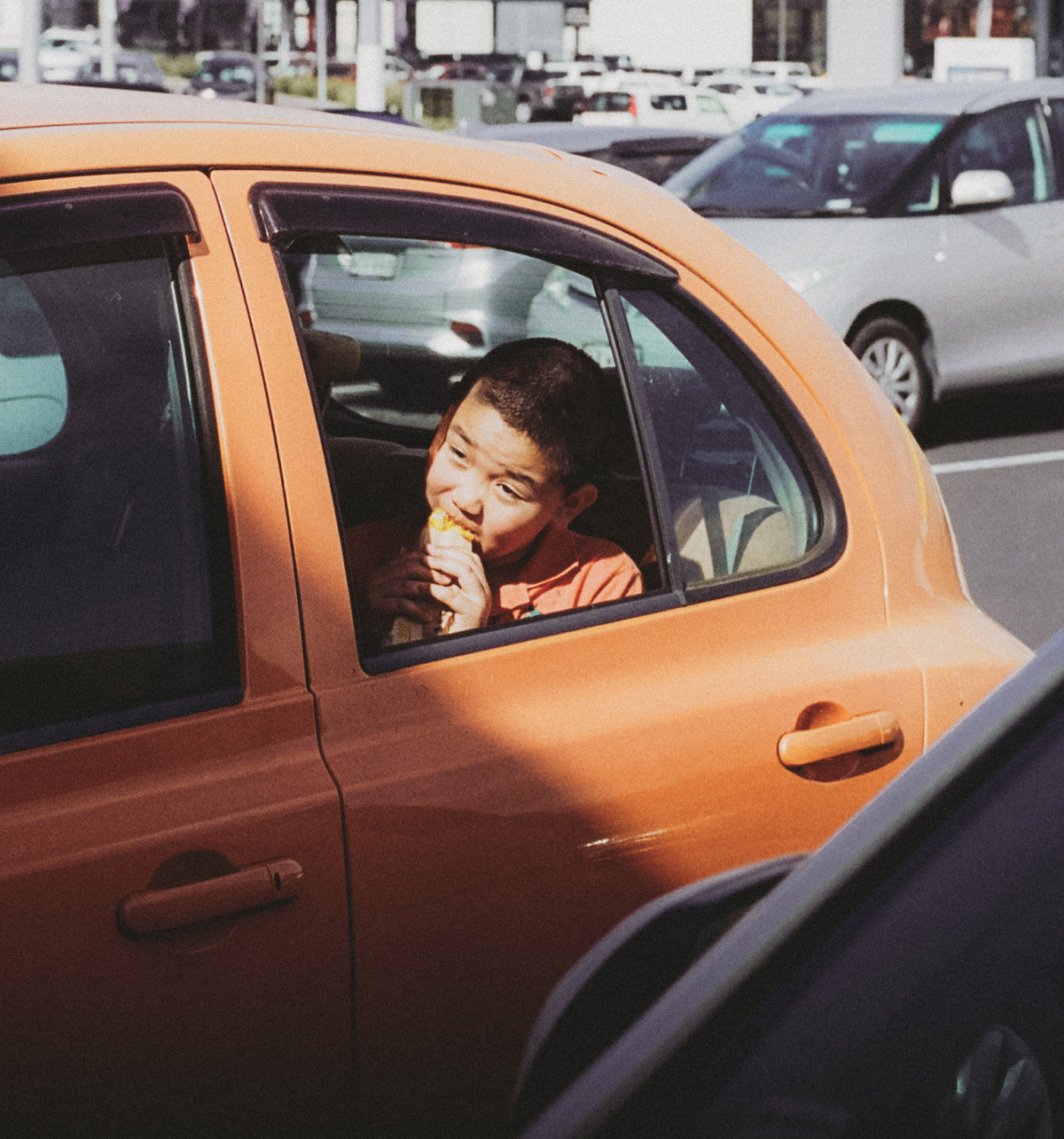 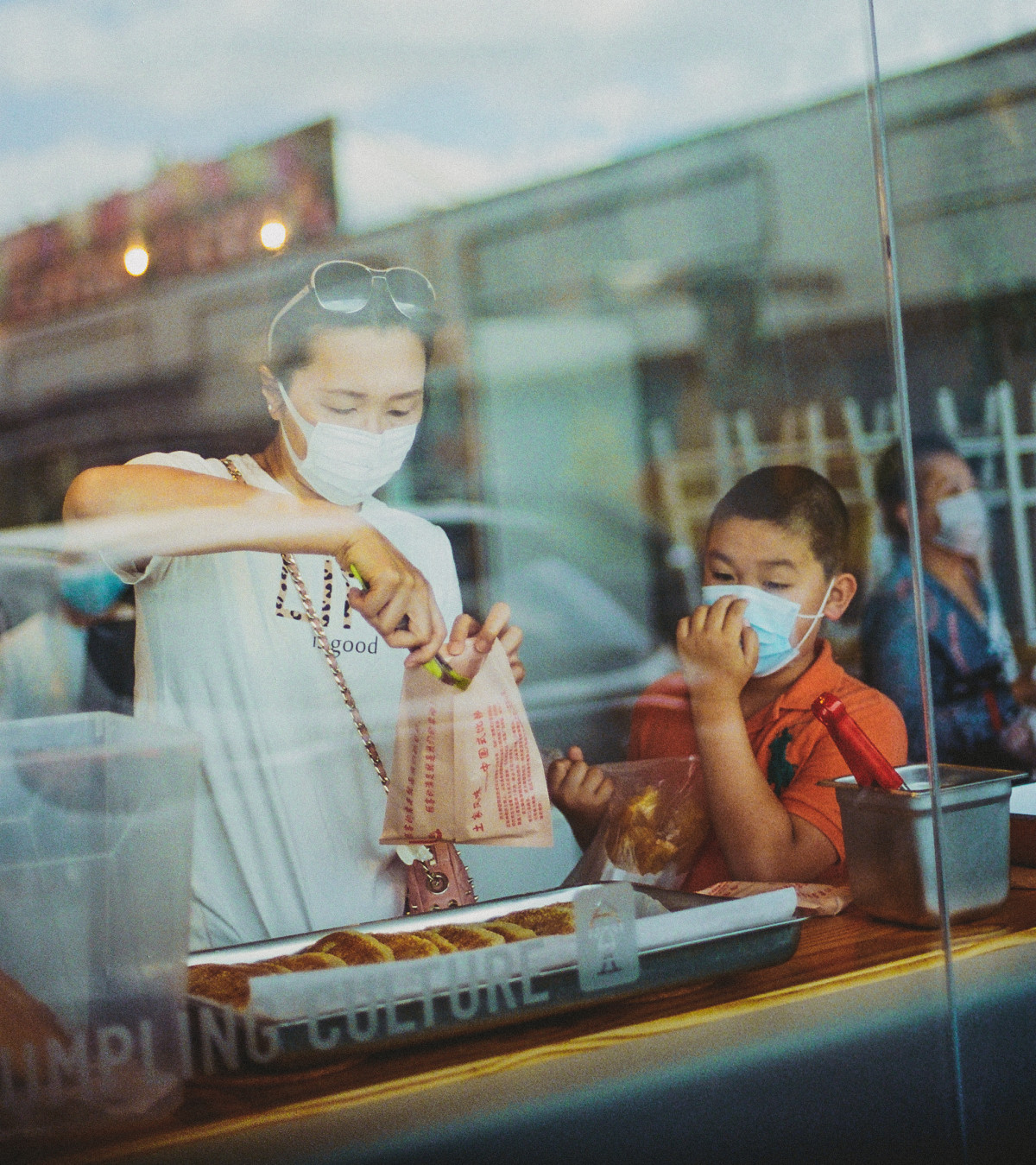 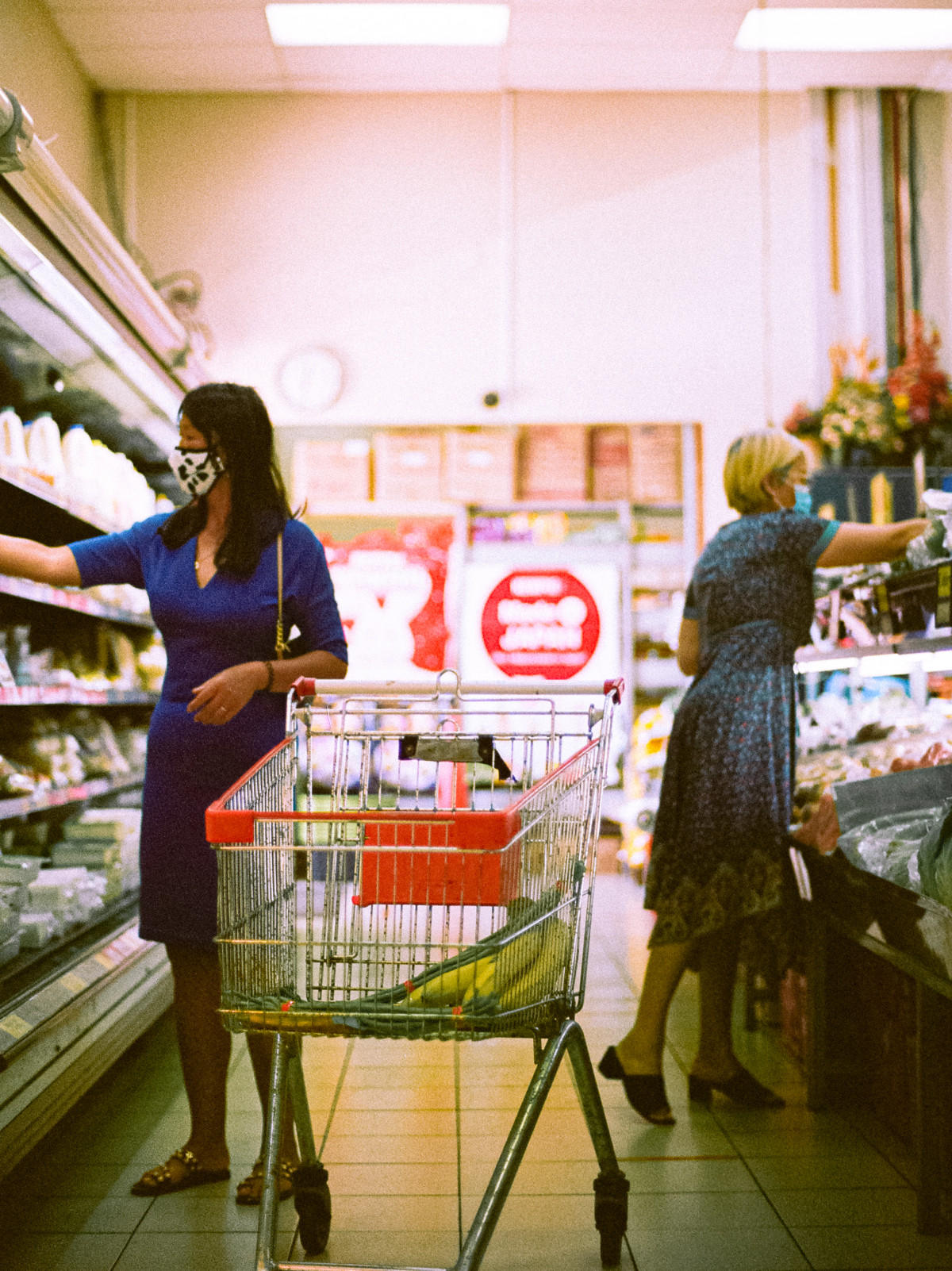 For Cynthia, Chinese New Year is 团圆 Tuan Yuan (reunion) with your family.

It’s also a time for joy and laughter, Wendy adds.

At Saveway in Highland Park, Wendy is buying ingredients to make a traditional Chinese sticky rice cake and Cynthia is making peach buns, which for elders, wishes them a healthy and long life. 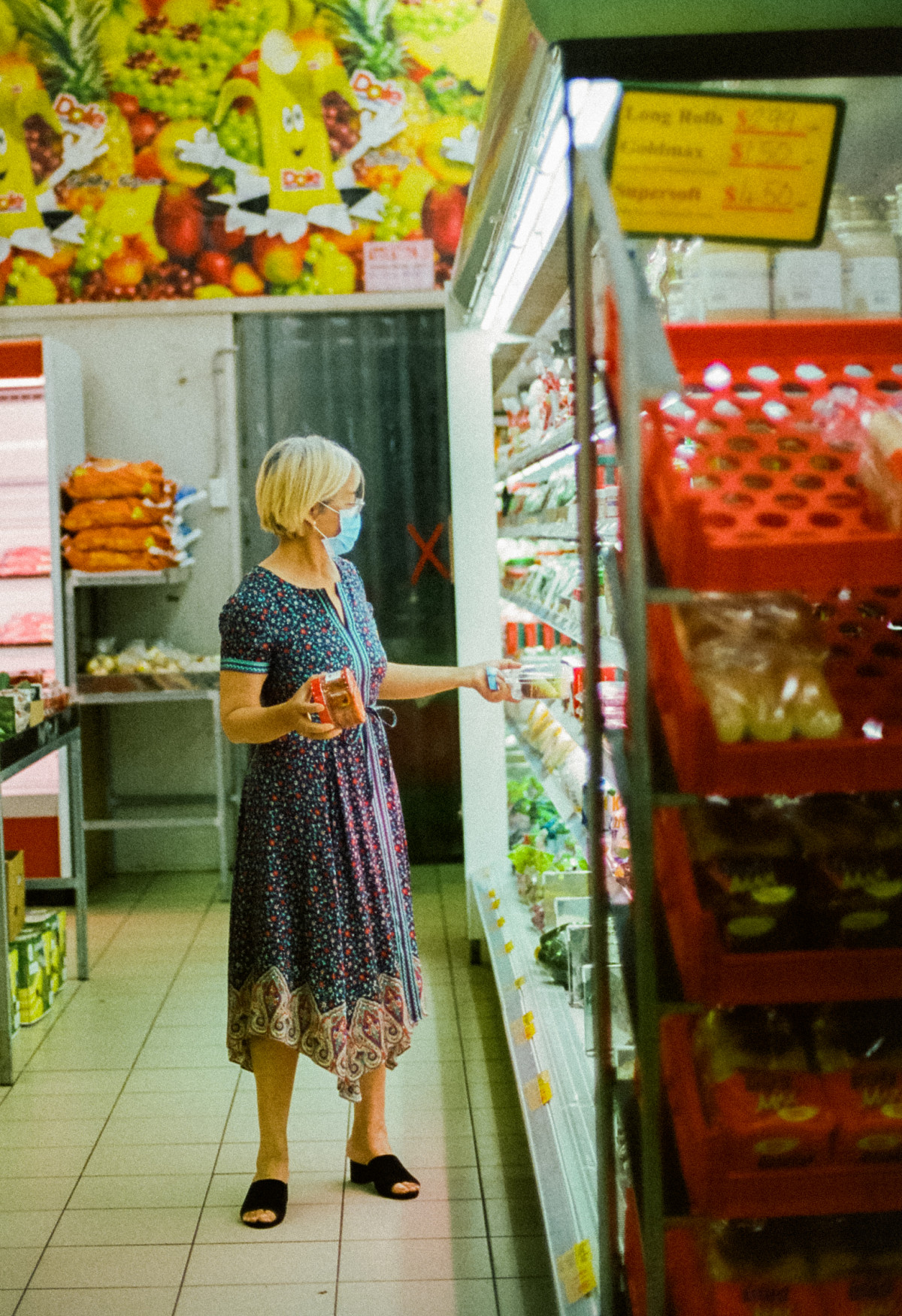 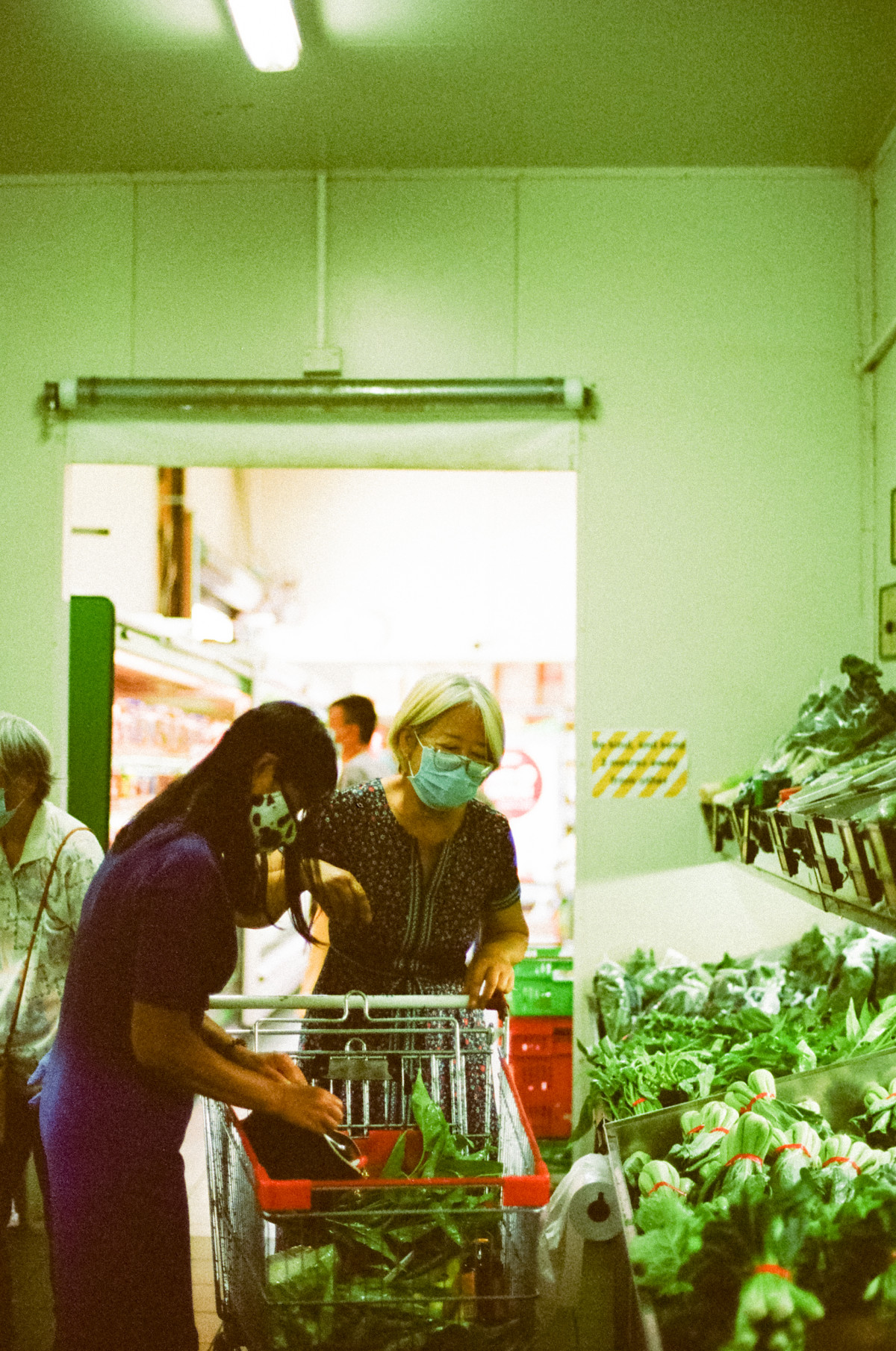 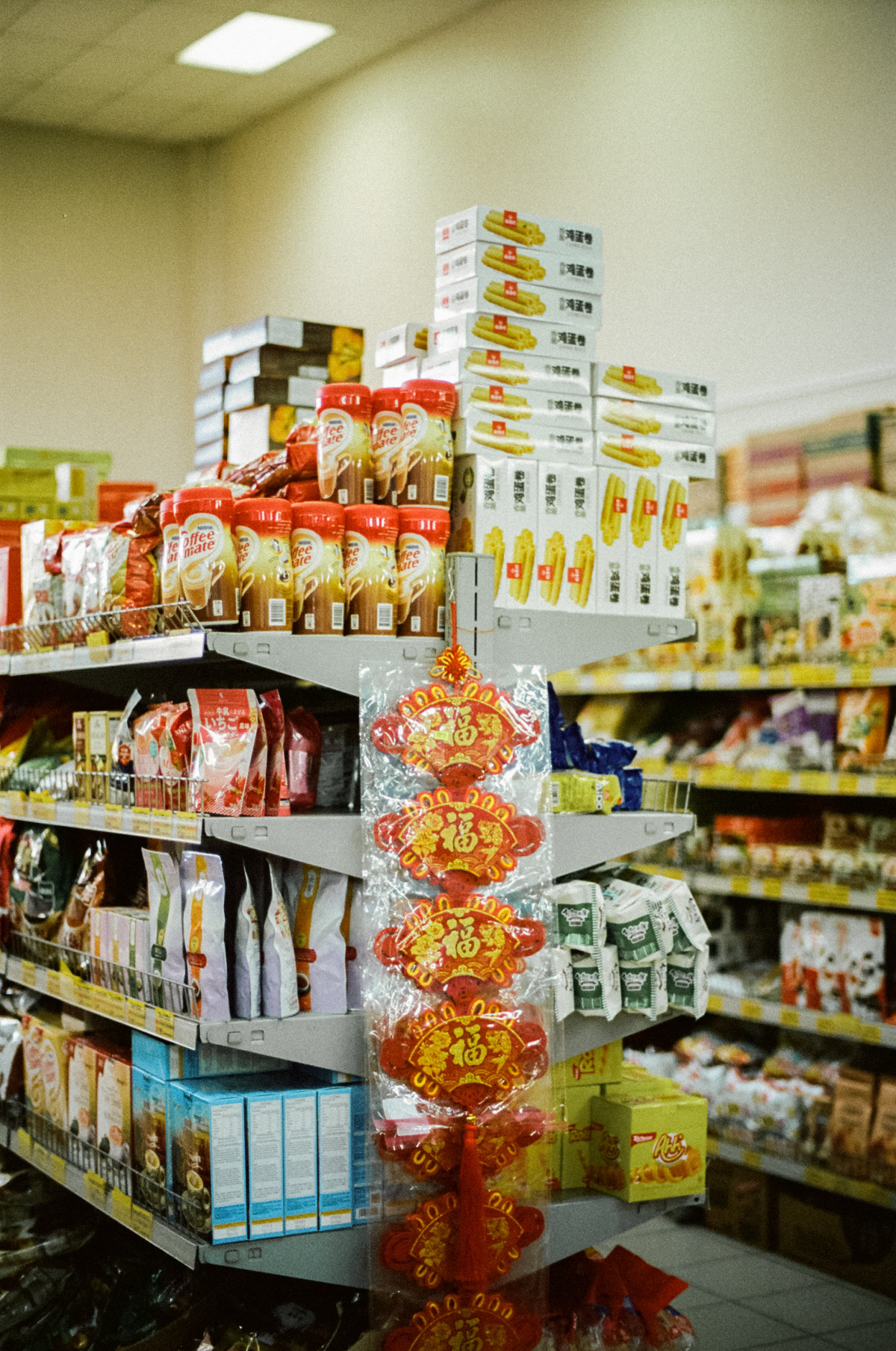 CNY decoration of the character 福 Fu, which means good fortune and luck 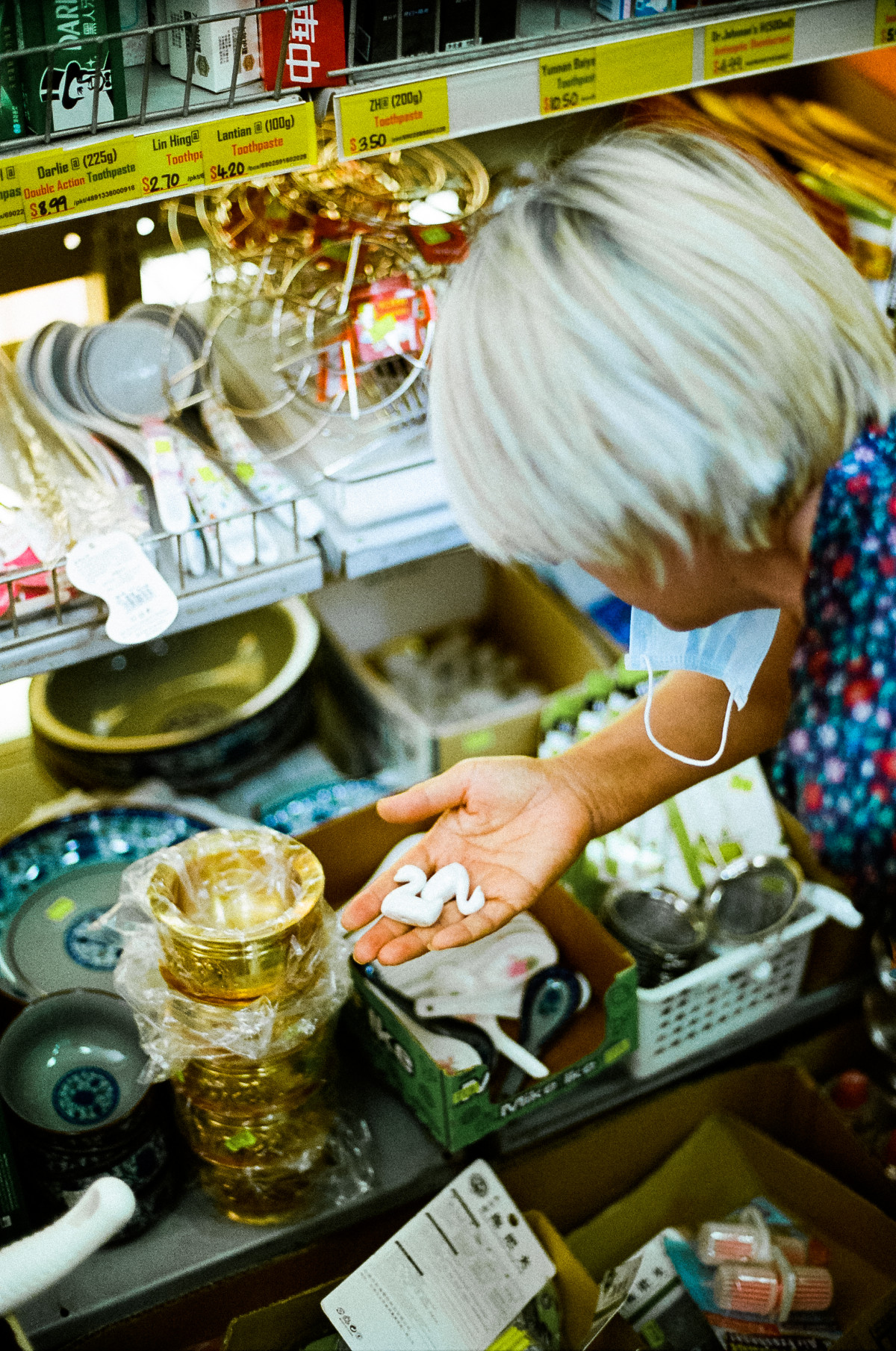 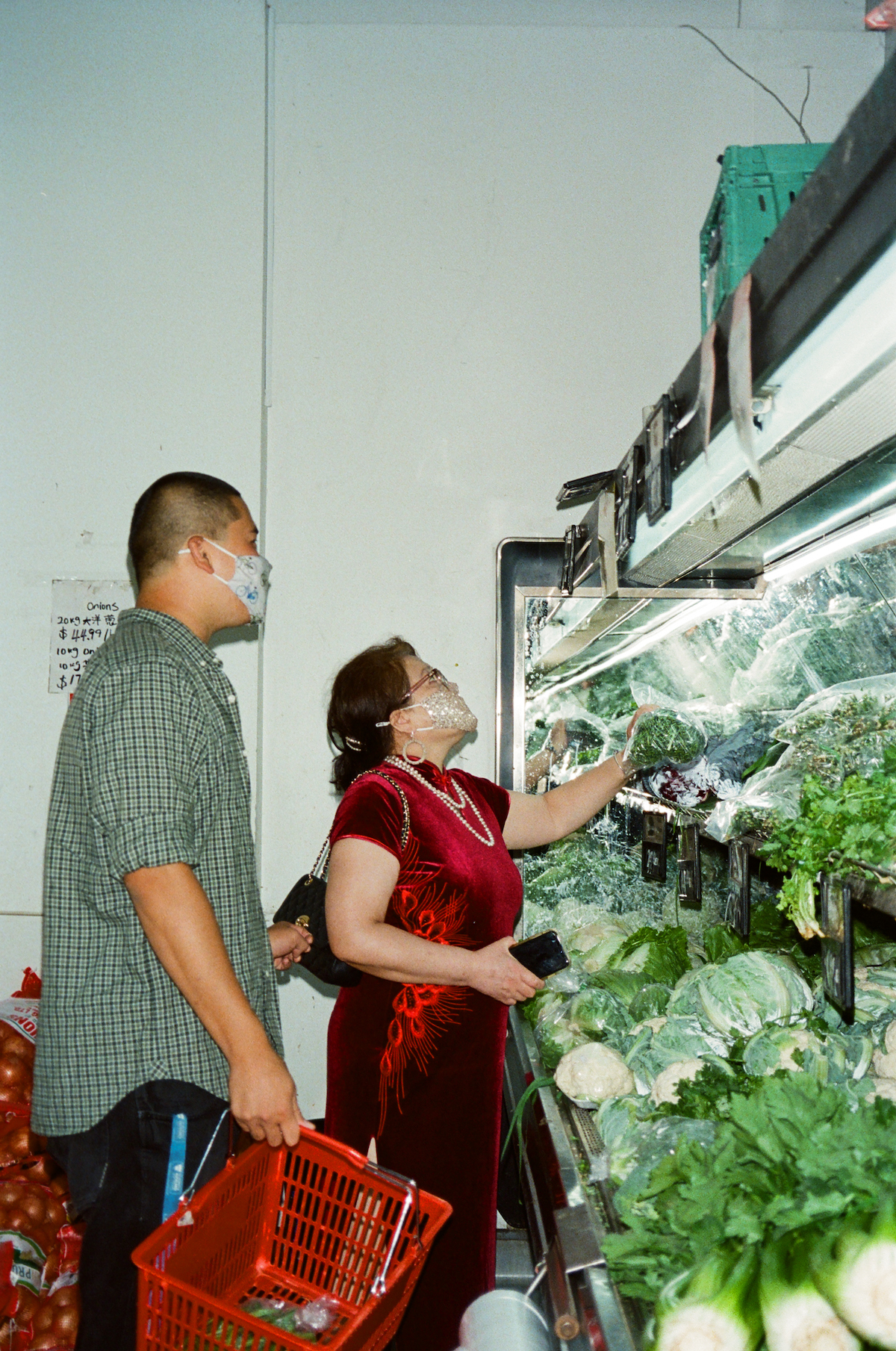 Growing up, Chinese New Year was like Christmas, Mike says.

“You see your family, you eat food and catch up,” the 20-year-old says.

“There’s not a feeling of Chinese new year here [in New Zealand], we don’t really have a lot of family here and no one else around me is celebrating.”

Mike’s mother, Jing, says “typically in 东北 Dongbei, we will hang up 对联 Dui Lian (couplets) that you put on the door for good fortune”.

“The celebration goes on from January 30 to February 15,” she says.

“In Dongbei tradition, most families have a big clean out to welcome the new year and good fortune.

However, this [cleanout] has to happen before the celebration begins.

“Any cleaning or throwing away of garbage that happens during the days of the celebration is metaphorically perceived as throwing away your fortune.” 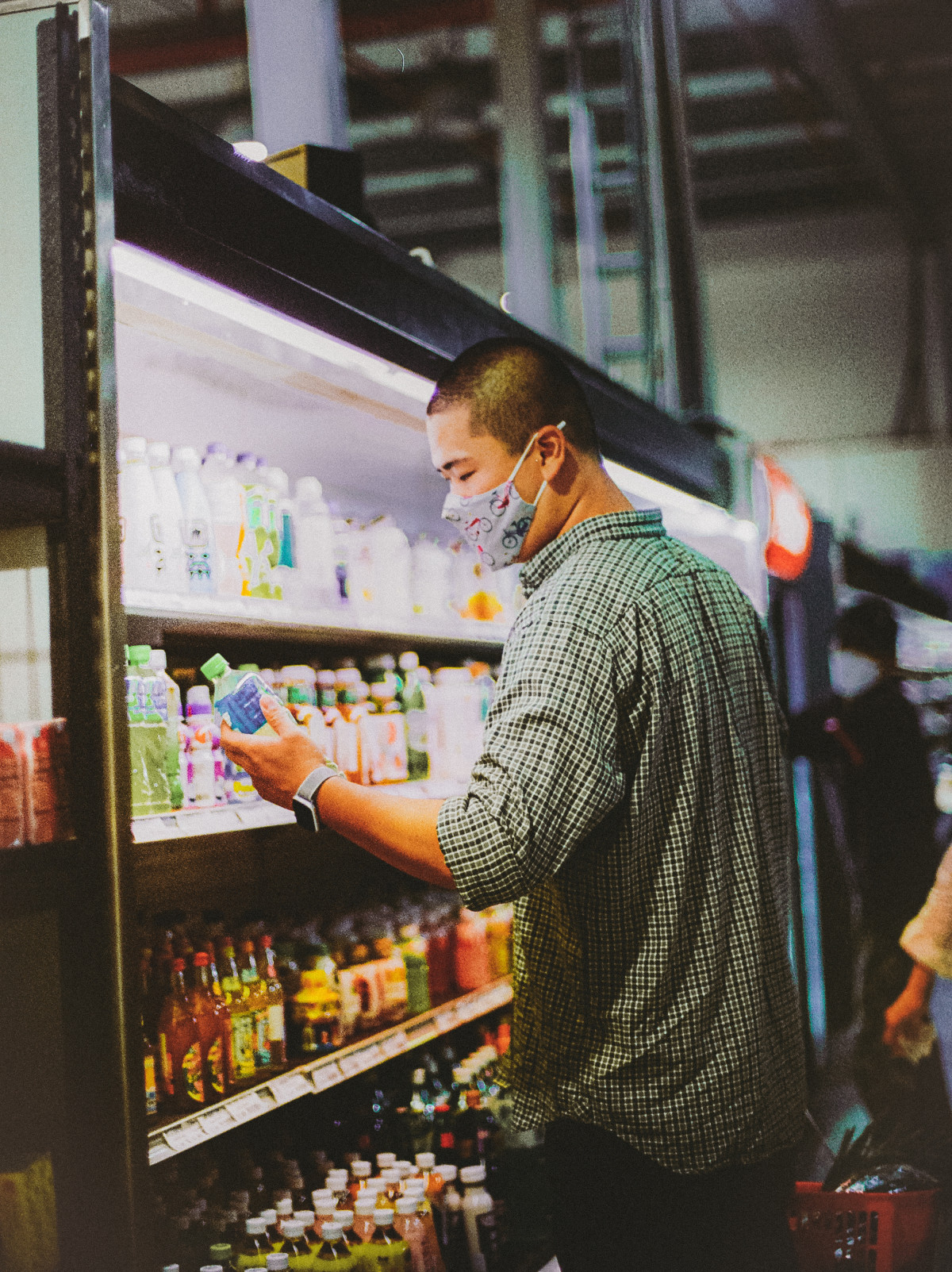 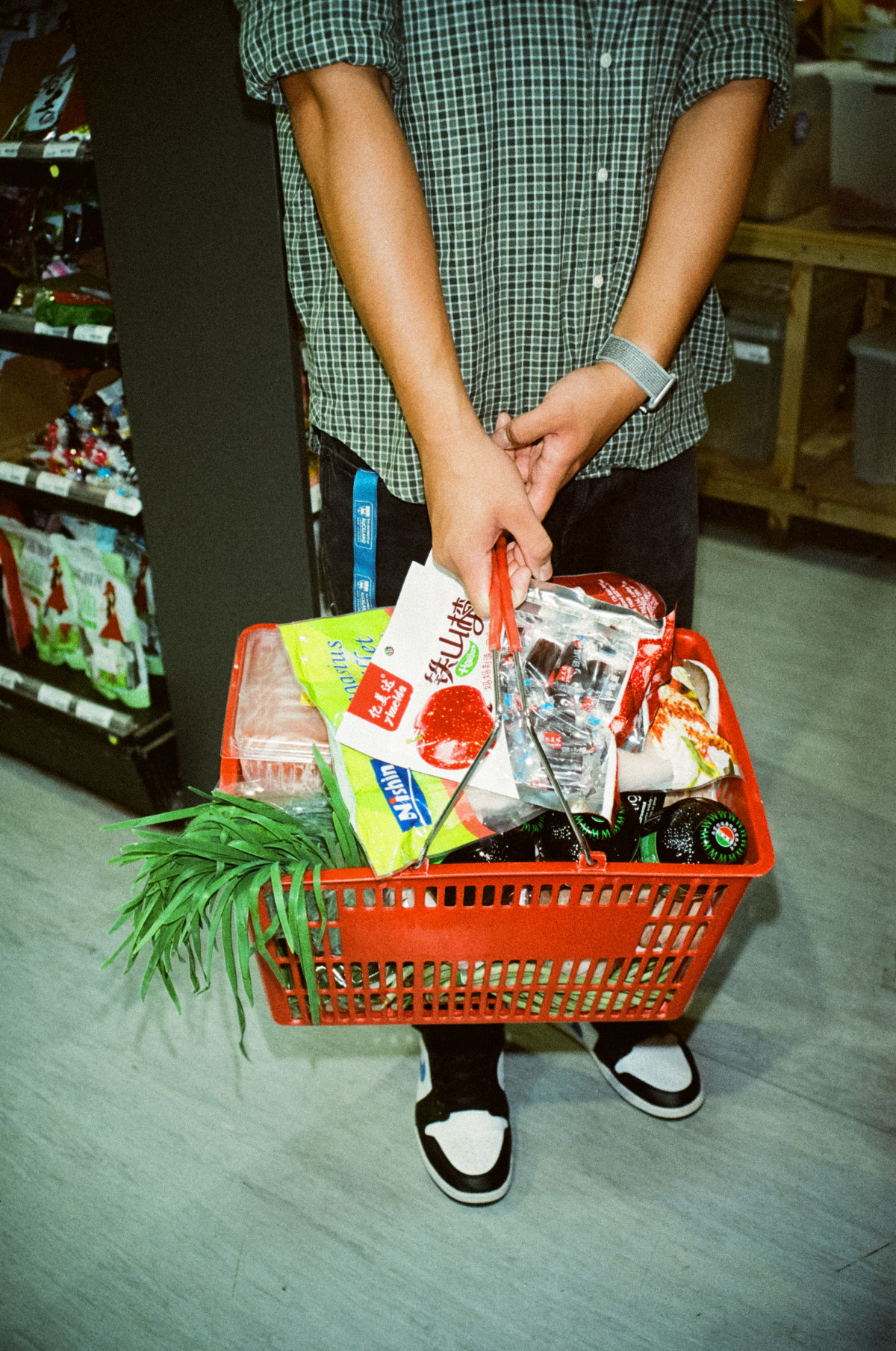 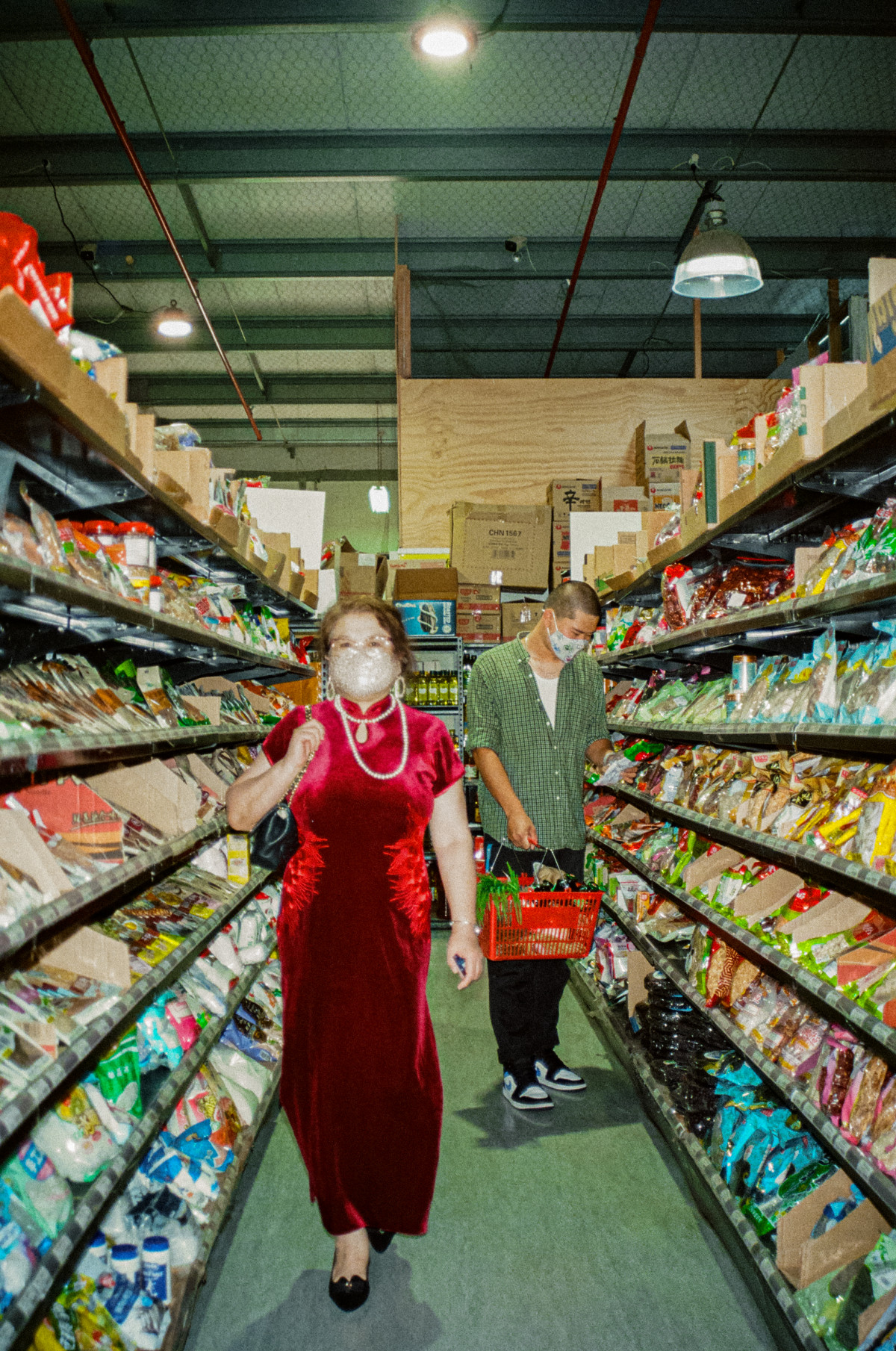 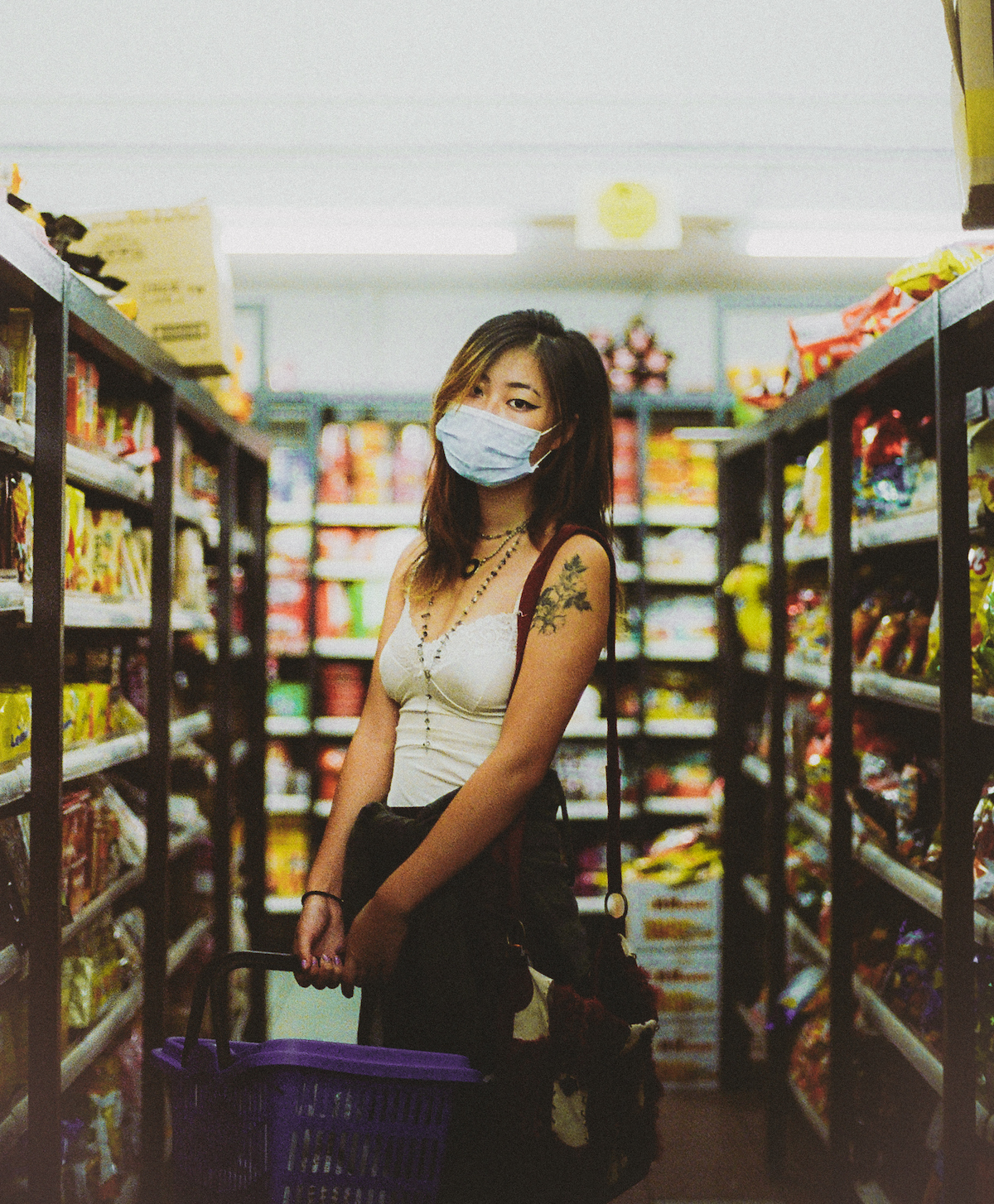 While shopping at Lim Chhour on Karangahape Rd, Ange says Chinese New Year is not traditional in her family - at least, not in New Zealand.

“The last time my whole family was together in China I was about nine and we had the best times over there and I got lots of money as a kid,” Ange says.

“But now it’s more of a casual dinner or lunch thing because we don’t have other family here.”

Tonight, my Dad is making Peking duck and Mum usually makes so many dumplings that we eat for days.”

Food is super important to my family, especially my Dad. He makes Chinese food taste so authentic just like how it’s made in China instead of the westernised Chinese food in Aotearoa, Ange says.

“My history of Chinese New Year is quite a different experience to other Chinese Kiwis.

“I’ve only felt in touch with Chinese culture when I was super young like two to nine but growing up here, lots of Asian kids get bullied into being a westernised version of themselves.

“I’ve lost so much of my roots, especially not being able to see my extended family when I’m so close with all of them. It’s really sad and I try to talk to them as often as I can but now it’s only on special occasions really because time zones are difficult.”

Ange says she is still grateful to be in touch with her family even though she’s not in China.

“If we're back in Wuhan then we would be celebrating non-stop and I could feel like a kid again but homemade food at home is also really good and I’m grateful we can have that.” 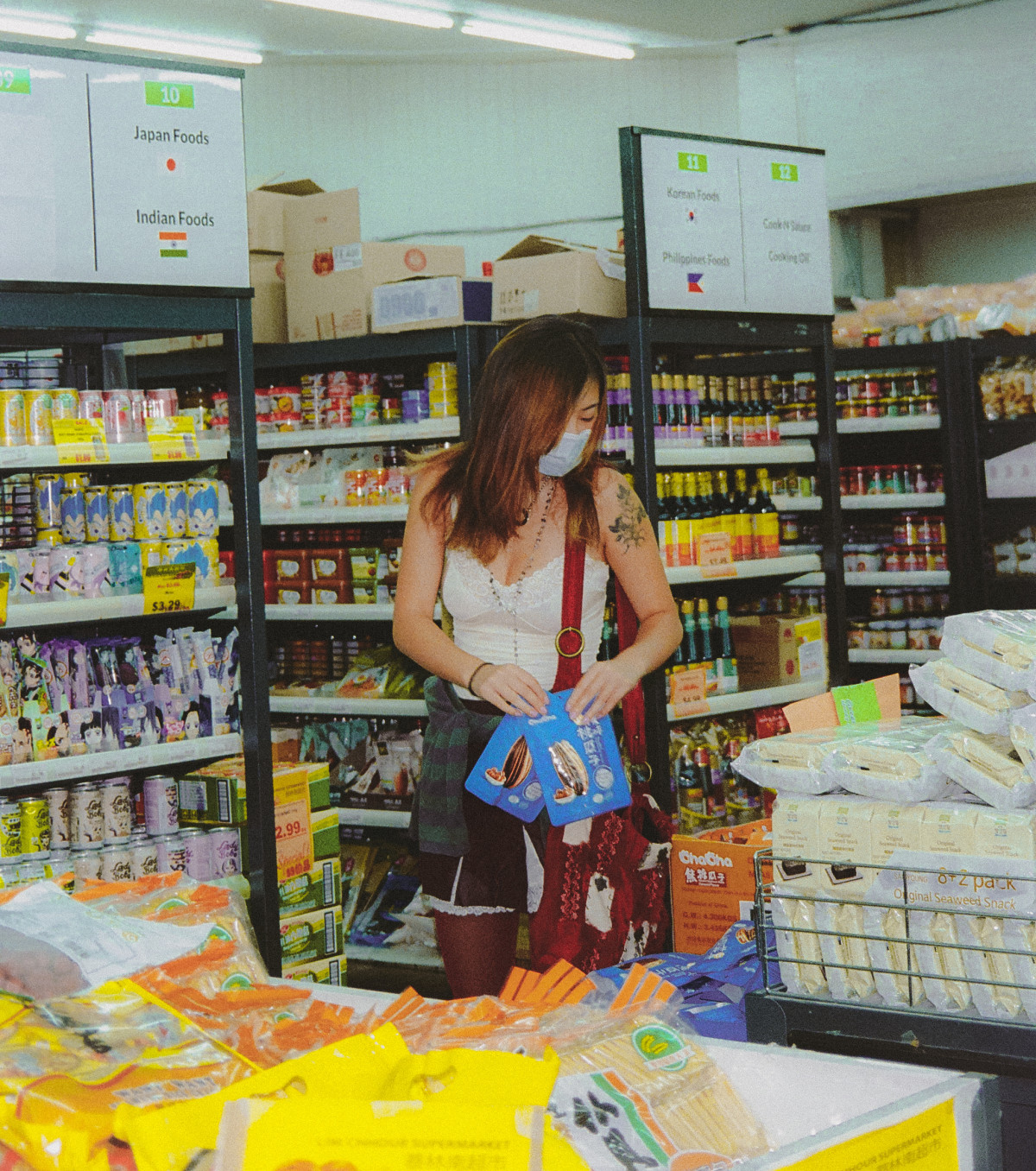 Nitrogen fertiliser makes us money, but survey shows NZ’ers don’t think it's worth it

As a second-generation Asian NZer, I have no idea how to celebrate Lunar New Year