As a child-genius pop culture historian, Tayi Tibble has closely watched Paris Hilton since she was six. But Paris’ new documentary showed something Tayi had never seen before. In this month’s installment of Māori and the City, Tayi writes about recognising when a partner is trying to sabotage or undermine you.

I watched This is Paris recently and the whole thing was weird, quite miserable, and the dark heart of the documentary — the revelation that as a teenager, Paris Hilton attended an abusive and traumatising reformatory school — was oddly underwhelming and culminated in the most robotic and anticlimactic confrontation of all time. Paris tells her mother, Kathy Hilton, about the abuse she suffered and Kathy, who was responsible not only for sending her there, but for arranging a kidnapping from Paris’ bed in the middle of the night to get her to the school, can only manage a limp “oh boy” and a “I’m proud of you” after her daughter tells her about being put in solitary confinement for twenty days and being physically beaten.

At one point, Kathy hovers one hand over her face as though she might be crying. However, when she takes her hand away there is not even a sign of life, let alone tears in her eyes, and while it’s true that Kathy has enough botox in her face that she could legally be considered cryogenically frozen, it was a disturbing and utterly soulless scene.

However, it was not the most disturbing scene in the documentary, which in my tasteful opinion belongs to an altercation between Paris and her then-boyfriend, Aleks (a German, 7-at-best) backstage at Tommorowland Festival, which Paris describes as being “the biggest music festival in the world”.

About to take the stage to DJ, Paris is backstage, arguing with Aleks. She asks him pleadingly not to stress her out as she is really nervous. He says, “No babe I won’t but you’ve already left me alone five times today.” She tries to explain that she has been doing press. He insists. “Even if you’re right,” he says, “if I say no, you don’t have to do it.”

They bicker until Paris finally snaps and yells. As a child-genius pop culture historian, I’ve followed Paris Hilton’s life since I was six, and this was the first time I have ever witnessed her display proper anger. This was the only part of the weird documentary that actually feels revealing.

Apparently Paris wanted this scene removed from the documentary altogether. Aleks continues to berate her right up until she goes on stage while she becomes increasingly desperate, begging him not to ruin her set. After the set, they continue to fight to the point that Paris has him forcibly removed from the festival. In a later scene, Paris confesses “I've never ripped someone's bracelets off their arm at a music festival before. That's one of the meanest things you can do to someone... But I just had had enough at that point. A person can only take so much. Anything that tries to control me I can't have room for in my life."

I was shook and I was triggered. The scene reminded me of one of my ex-boyfriends who, pretty consistently, seemed to ‘ruin’ every important event I ever seemed to have. I mean, in hindsight, it was actually me ruining my own events by allowing myself to continue in an unsupportive relationship, but I was young, dumb and unable to take responsibility at that time.

The crazy thing is that I wasn't even up to much then — I was just a weirdo wannabe Wellington writer in the winter of my life — but before every tiny poetry reading I’d have at some obscure Wellington art gallery he would repeat this weird little mantra that went along the lines of, “I know I should support you with this because one day it will be my time to shine,” which was weird cos he had no artistic or public impulses.

What he did have however, was a sad and deep fear of being mediocre, that he paid so much attention and mental energy to, he couldn’t help but manifest it in the way he saw himself, and in the way he interpreted other people perceiving him.

Over time this nervous insecurity turned into intense neediness, obnoxiousness, and eventually, outright hostility. At events he would not only want to monopolise my time and attention, but also my mood, my equilibrium, my ability to function with dignity in a public space — my ability to do well. He would make overt and embarrassing displays of moodiness — he would sit in my audiences seething and sullen — or he would pick fights at the absolute most inopportune moments, and by this point in our relationship, I was so frustrated with these recurring scenes that I would bite immediately, allowing myself to get beyond uptight and upset.

When I graduated with my masters degree he had been nursing an attitude most of the morning. After the ceremony, he was nowhere to be found and my mum told me that he had left. He reappeared again while I was having celebratory drinks with my classmates and my heart dropped. He immediately began whispering mean and angry things in my ear, while being rude and hostile towards my classmates to the point where there was nothing to do but to excuse ourselves and leave early, before the food we had ordered had even arrived. Needless to say, in that moment like Paris, I wanted to rip his bracelets off too.

Later on when we were alone, he confessed to being jealous of my graduation and my friends, (regardless of the fact that he himself had graduated, literally the night before) and that he felt insecure that I was going to go off and do better than him. We broke up for good not long after that because he was lowkey right.

I knew, with that hearty indigenous instinct, that my world was about to open up and expand before me and I couldn't be with someone so intent on contracting it. It wasn’t my responsibility to underachieve so he could feel good about himself, and even though I knew he was just insecure and ultimately a good, but confused person, I could no longer sit around and be the punching bag for his exercise in personal growth.

And I know this isn’t an experience unique only to Paris and I. The wāhine and I talk about it often. We say men love a mana wāhine - they love that you're independent, that you're talented, that you have your own things going on, that you’re hearty and fierce. They’re attracted to the fact you have ambitions, and a career or accolades or respect.

I know this isn’t always the case. There are of course, many confident and supportive kings out there who ride for their girls like a stallion and let us put some respect on their names. But, if hetero relationships are typically modelled on the institution of marriage, and marriage historically has been about the ownership of women (or more to the point, property and wealth), then I’m never going to be that surprised when I see men trying to sabotage or undermine the mahi and success of their women.

Even if you’re as global, enduring and successful (and, um, inherited) as Paris Hilton, some men of the sexist variety will never care that you have other priorities, because in their minds the priority should always be serving them and their ego. And I get that men have a lot of mamae, ego, and toxic masculinity to unpack but I think the best way wāhine can help our men is to stop accommodating such behaviours.

Because in conclusion, a bad bitch cannot be with an insecure man. A wāhine needs a real tāne, and you shouldn’t settle until you find that toa x toa type energy and it is out there e hoas. I should know. 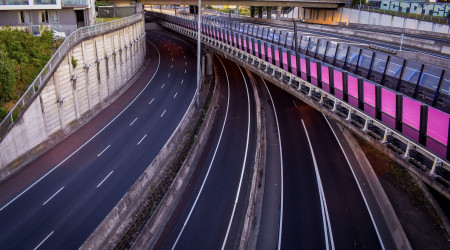