Still Here is a new short documentary series out now on Re:, celebrating the small but mighty Pasifika community in inner-city Auckland who have remained despite decades of gentrification.

Writer Taualofa Totua writes about her own family’s history in central Auckland and the importance of the central city’s Pasifika history.

Home St in Grey Lynn is 2888 kilometres from the village my grandmother grew up in.

The street name is fitting, as it was her first flat in the land of milk and honey. She arrived in Aukilani a day after winter did, on June 2, 1972.

Her arrival marked her newfound independence and the opportunity to shape the woman she wanted to be.

Like so many others, she helped to bring aiga over from the islands and supported them as they found their way - offering a place to sleep, paying for weddings, and using her English skills while searching for employment and securing citizenship.

One of the inner city’s many gardeners, all of whom shaped central Auckland in its early days, Mama would plant alofa and hope everywhere she went.

She was part of a thrilling time when life was somewhere between hard laborious shift hours, tolerating overt racism and other bull, and dreamy days of possibilities that a fresh start often brings.

Our family history, like all the families featured in the beautiful series Still Here, is found at various inner city landmarks, some gone and some still standing today. 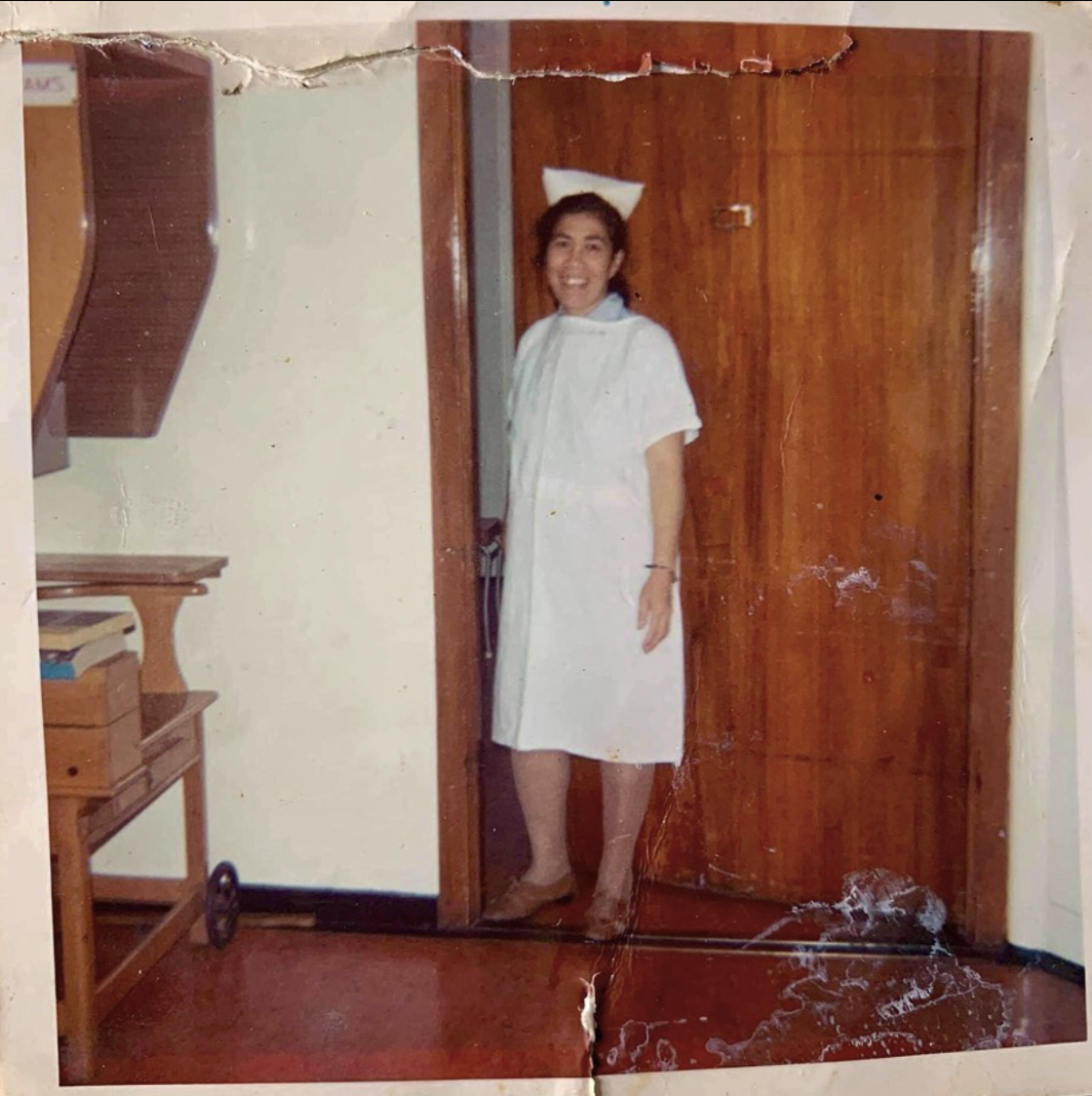 Nana at the Auckland City Hospital, where she worked as a nurse during her first years in Aukilani. She has been caring and serving others for all her life. Photo supplied

A year after landing in Aotearoa, she married my grandpa at PIC Newton and they had their wedding reception on K Rd at St Kevin’s Arcade.

Some of the blankets we grew up with 30 years later and cooking pots she’s kept were purchased somewhere on that road.

She would frequent Samoa House for early morning prayers with other Samoans and drop her eldest granddaughters to Aoga Amata in Grey Lynn, walking and busing her way through central.

During the 1990s, our family even owned a laundromat and dairy on Great North Rd.

Eventually her and Papa settled in Owairaka and then Three Kings (where I was born) -  never too far from the inner city.

It wasn't until I left Aukilani that I realised how significant it was to know the truth about our precious Little Polynesia, and the reality of gentrification.

Now, it's spread beyond the inner city, infecting all the areas Pasifika migrated to after being removed. 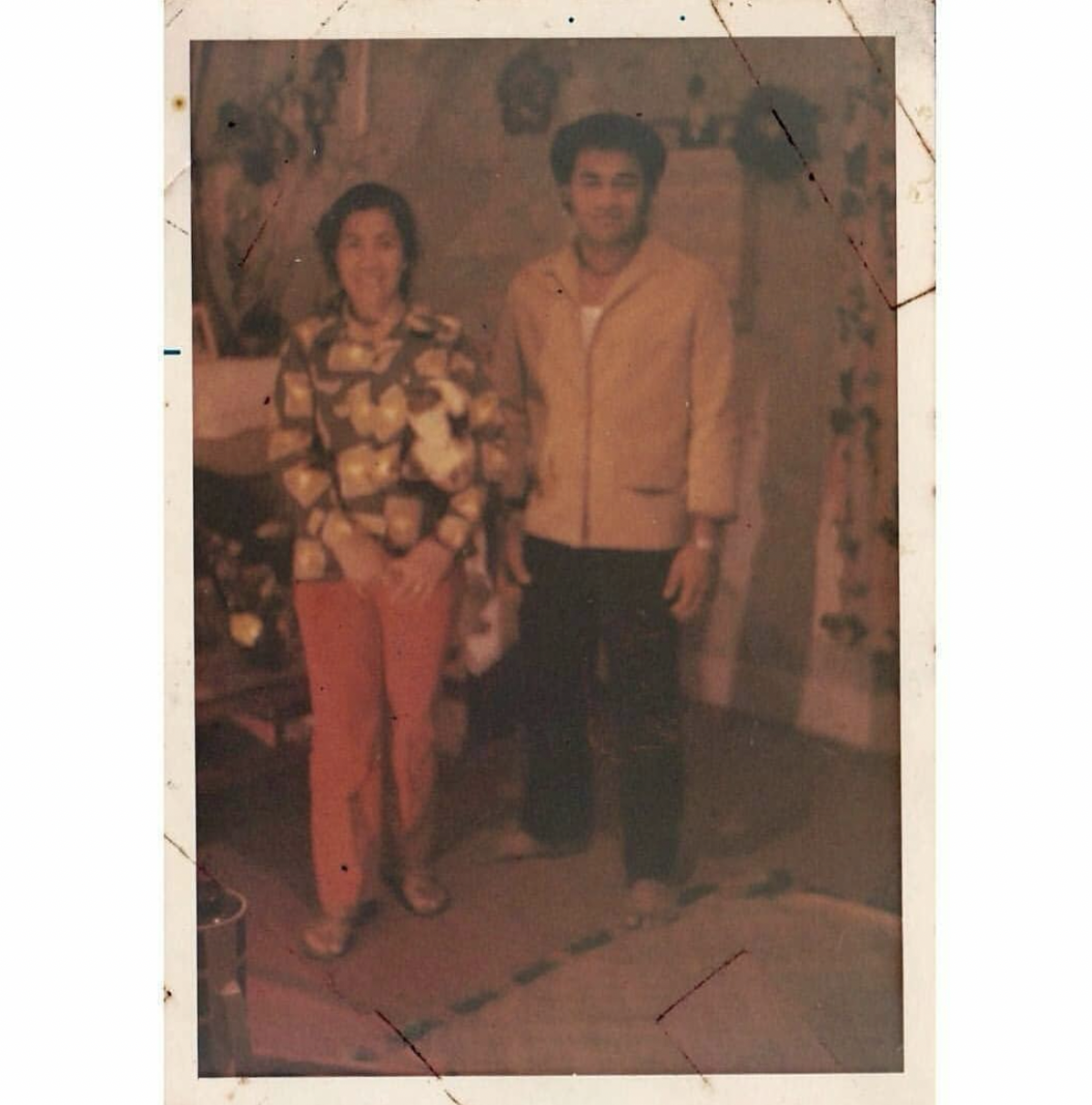 My grandpa also lived in Grey Lynn when he moved to Aotearoa, on Wilton Street off Richmond. This photo was taken at their first flat together on Grafton Road. Photo: Supplied

In 2019 I wrote this for my university magazine Salient:

"Where I live in central Auckland is on the line.

Our mail says that our suburb is Mt Roskill, but we live off Mt Eden road and behind Three Kings park.

Three very different suburbs ... When you drive down my street and up the one next to it, the line slaps you in the face.

‘Hello! I’m here,’ it says. State and owned ... There’s a house on the other street that was selling a few years back, advertised as ‘Tropical Oasis’ or some shit, boasting your typical grammar school zones, prime central location and links to a vibrant neighbourhood — whatever that means.

All it took for it to be a tropical oasis was a frangipani tree.

Throughout my childhood, my house had at least five hibiscus trees, an avocado tree, an apple tree, lilies, orchids, a banana tree, a bountiful taro patch, and my Papa’s vege garden.

Nurtured by my nana’s arthritic hands, our oasis was lovingly cared for over the years."

My sister and I were constantly reminded of Mama’s freedom and the moments of joy she shared with us as we walked to school on Ponsonby Rd during our college years.

They are a continuation of our ancestors' talented ability to move from place to place.

I find so much comfort and strength in listening to the details of her past day-to-day life, especially now as she grows old and sick.

In the beginning, before inner-city Auckland was ours, it was dull and grey

Dwellings were intentionally more concentrated in the city, built to accommodate those who were within walking distance of their workplaces.

The further from the city you drove, the more spread out the houses were, with generous space for backyards and safe outdoor play.

This suburban life was attractive for middle-class workers who had families and soon many joined the wealthy already living in Auckland’s outer areas.

It was generally encouraged that if you wanted to raise a healthy family, moving out of the city was the way to go.

Population numbers continued to decline for the inner city, as successive governments also chose to invest in state housing in wider suburbs.

However, New Zealand still needed its “worker population” to function. This didn’t include Māori and Pacific Island immigrants until the 1950s, who made homes out of converted dwellings and enjoyed tight-knit streets - often housing friends and extended whānau from the islands.

By then, Polynesians had carved out a unique place in Auckland’s landscape and the inner city was our very own slice of paradise.

Family members and co-workers melted into one at George Court’s late-night Thursdays.

Folks of ‘Little Polynesia’ would gather on Karangahape Rd to yarn and cackle, and search for bargains.

Island cuisine remained a delightful staple for diets thanks to backyard umu cooking, the smell of smoky pu’a, a hazy cloud that stretched from one central suburb to another.

There were regular reggae neighbourhood parties and children played on the concrete paths.

Practised hymns boomed joyfully from churches that were formed by Pasifika including PIC Newton, EFKS Aukilani, Tongan Methodist Ponsonby Church and the United Church of Tonga to name a few.

Now, when you drive through central, every banana tree, every hibiscus bush is a reminder of the thriving neighbourhood that was cultivated by Pasifika. 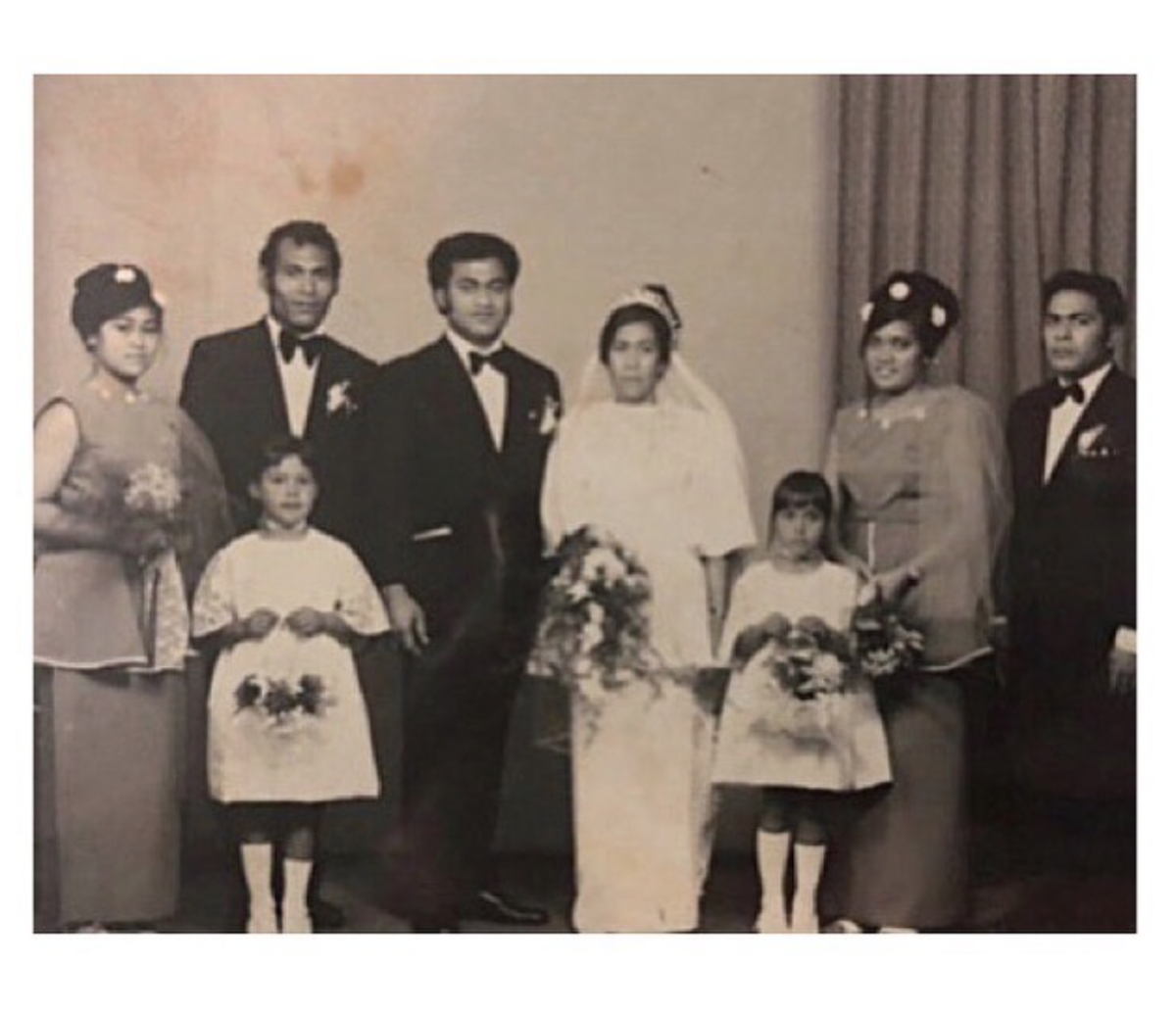 My grandparents Taualofa and Atu on their wedding day at PIC Newton in 1973. At the time, many of their family had not yet arrived in New Zealand, so their friends made up the bridal party. Photo supplied.

The families in Still Here are a testament to the garden of inner-city Auckland that once was, is, and will be.

They are the gardeners that stayed. Present-day inner-city Auckland now owes what’s left of its colourful vitality to the Polynesian migrant families who first settled here.

Their scenes of everyday Pacific domestic life enhanced the cityscape and it’s been hard for current city dwellers and planners to recreate or surpass what once was.

This is the time for reclamation storytelling - and with Pasifika women behind the camera - directing, producing and more. There’s no better time to tell our stories than now.

The Still Here project is important and plays a major role in righting the wrongs that the Government has enabled for too long.

Pacific Island immigrants were not allowed to correct the narrative forced upon them and as a result, their descendants suffered.

Still Here features stories of intergenerational hope and resilience finally being told and these stories will nurture communities in inner-city Auckland for generations to come.

Still Here is a new Re: documentary series. Through the eyes of Pacific youth and their families, this four part docu-series celebrates the small but mighty Pasifika community in inner-city Auckland who have remained despite decades of rampant gentrification.

Each episode weaves intergenerational stories of family, community and culture dispelling the myth that “all the Islanders have left.” You can watch the series here.