In this month’s edition of Māori and the City, Tayi Tibble talks about ways to protect your wairua and mana.

The first time I ever heard the term “mana muncher” was from the waha of one of my friends. She had used the term in reference to a situation where an artist roped another artist with a much larger platform to do, and basically secure, a gig with her.

Things got messy however when the artist claimed that the gig was either unpaid or low paid when in actuality, she had secured a decent bag, and made off with most of it herself. This nasty little finesse eventually came to light, and as a result, she was labelled a mana muncher.

Upon hearing this for the first time I was absolutely delighted—not at the situation—but at the term​ mana muncher​; the perfect marriage of music and meaning. Ever since, the term has become a prominent and beloved phrase in my bougie native lexicon.

You might be wondering, “But Tayi, what is a mana muncher?” Well, a mana muncher can be associated with familiar terms such as a leech, a user, a parasite, a succubus etc. Basically anything vampiric and energy draining. In the modern IG algorithm world, the closest comparison we have in Pākehā culture is that of a “clout chaser.”

A clout chaser, as defined by Snoop Dogg in relation (or retaliation) to his disappointing tryst with the rap game’s most notorious thot, Celina Powell (google it) is someone who ‘rides the wave.’ Essentially, a clout chaser is someone who uses another person's popularity or success to benefit themselves.

Mana munching is similar to clout chasing but with a specific Māori flavour, because not only does mana munching munch one’s connections and talent, but it also takes advantage of the culture and nature of being Māori. Mana munching exploits manaakitanga, hospitality, communalism and especially, that specific anti-kumara humbleness that makes it near impossible for Māori to even think of, let alone recognise that we might be hot, tasty and looking-like-a-snack enough to be worthy of munching. But the munchers are out there e hoas, and they be hangry af.

My e hoas and I have been talking about mana munchers a lot recently, and I think our increased discourse around the dangers of munchers has coincided with both Matariki and Cancer Season. The last month has been both confrontational and purging; a kind of get-it-off-your-chest type energy. Matariki marks the end of a cycle and prompts you to consider whether you have learnt your lessons this year, but also asks you to set your intentions for the next cycle.

And after some extremely close encounters with mana munchers over the last year—fuckbois, fake friends, Geminis, the random Pākehā bro who asked me for a poem then when I asked him what the payment would be for this commission, told me that he and I “both knew” that payment is a form of the capitalist greed that is destroying the world so ethically, as an indigenous person, I better do it for free because he has dreadlocks and a crystal on his cord pendant—my friends and I have decided that our Māori New Year’s resolution is to become a mana-muncher free zone.

But maybe this is too ambitious to be a realistic resolution, like hitting the gym on the first of January. As a brown woman especially, you walk around all day at school, or at mahi, in society, getting your mana munched and your wairua siphoned. It’s called colonisation.

But if living a completely mana muncher free life is currently unrealistic, then maybe the next best thing is to practice ways in which to protect your mana, or how to share your mana without being completely consumed, or, if you have been feeling munched lately, how to replenish and rejuvenate your mana, so you can keep making moves and looking delicious.

Last week, Jess, Miri, Xoe and I flew to Tāmaki to attend the premiere of Sis the Show as well as host our first Auckland Brui (Beers and Hui). Both nights I was completely exhilarated by the brown excellence all around me.

At the Sis launch, I was buzzing out at how many of my faves came thru; Emma Espiner, Stacy Morrison, Sammy Salsa, Pati Solomona Tyrell, Tyler-Jade, Haus of Coven-Carangi, Waverly as in Nick and Waverly from early 2000s Shortland Street, and of course, the humble-star of the show, the creator and director of Sis, Hanelle Harris.

As we sat in the theatre, and brown face after brown face, all gorgeous and laughing like hyenas, rolled across the screen, I randomly wanted to cry because that’s what mana does to you; makes you both one hundred proud af, and deeply humble.

The next night at Brui was similar; so many talented creatives coming along to meet each other and get on it. There was dancing and a photo booth. I looked around at how cool everyone was and thought damn, I’d like to munch us too tbh!

And tbh, there isn’t anything inherently wrong with wanting to associate or align yourself with people you perceive as being cool and successful. At Brui, Vanessa shared that in Mandarin someone who is stingy is described as having small energy and we all laughed because yeah, a man who doesn’t throw down has small d**k energy for real lol.

But mana is a big energy, and it can and should be shared. But if you want to split a kai with people, it’s better to do so with people who also bring something to the table, so everyone and their mum can eat.

The next morning, we were all extremely hungover and dying but also better than we had felt in a while. Xoe had to leave early, and left us the most gorgeous note.

Morena Beauties! Not to sound like a mana muncher but my wairua is so full of love after this wonderful time. It’s so good to be with like minded people right? Bougie, sexy, arty, weird and wonderful.

I randomly wanted to cry again, because it was so true. My wairua felt fuller than it had been in a long time; my mana, phat and glossy. We came back to Welligton from our two-day bender as if we had been on a week-long spa; as if our mana had received a much-needed deep tissue massage lol. 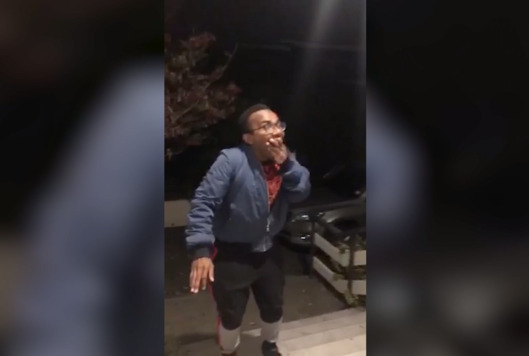