We caught up with a number of Māori award nominees to learn more about what it means to be an indigenous songwriter or composer in 2020.

Winner of the APRA Maioha Award

Rob Ruha has composed hundreds of songs for kapa haka, as well as being a previous winner, performer, and judge at the Silver Scrolls awards. This year, Rob won the APRA Maioha Award, an award for songs featuring te reo Māori, for his song Ka Mānu, which was inspired by Ihumātao.

What inspires you to keep making music?

The primary focus for me is storytelling. As a Māori composer and someone who has primarily produced work for kapa haka, my marae, my people – I think that’s where I find my joy and my happy place, in my region. I want to continue to produce songs that share my people’s stories, that share the heart of our indigenous truths, spiritual values, and all those things.

Tell us about the inspiration behind Ka Mānu.

The song is actually taken from some scriptures. There’s a hymn in our faith (Ringatū) called Te Himene a Rawiri. We sing that hymn on the sabbath - every Saturday – and it talks particularly about faith, especially when you have none or when it’s been stripped from you, or when you’ve been asked to take a certain way that leads you away from faith.

Ka Mānu is a response to all of those pressures, all of those anxieties, all of those happenings affecting indigenous people not just Ihumātao, not just here, but all around the world. It’s all about instilling faith into those people who hold up particular truths that are formed by thousands of years of indigenous thought and consciousness.

Does Ka Mānu’s nomination show a change in attitude towards political music from the music industry?

The next generation are quite a “woke” generation and I think that’s the future of society. We’re all quite savvy people and we can make up our own minds. People are no longer at the whim of skewed news that is informed by one particular bias or worldview. The worldviews of indigenous people, immigrants, or refugees is easily accessible for everyone now. I think that is being reflected in awards ceremonies such as this, now and more conscious music being released here in Aotearoa.

Nominated for the APRA Maioha Award

Maimoa Music is a collection of Māori musicians that was first formed back in 2015, whose music is completely in te reo Māori. The group’s song Wairua was the most-watched video on YouTube by New Zealanders in 2017. Three years later, the group received their first-ever Silver Scroll Awards nomination for the APRA Maioha Award for their song Whāia. We caught up with member and co-manager Pere Wihongi to find out what the nomination means for the group and the language.

What does it mean to be nominated for a Silver Scrolls award?

It means a lot because Maimoa has been through a lot. We’re coming into our fifth year and we are pushing this kaupapa to be even bigger. We’ve been offered more opportunities to not just share our kaupapa but to share te reo Māori. We’re dedicated to sharing the language and so a nomination for Maimoa is a nomination for te reo Māori.

Was a Silver Scrolls award always a goal?

It’s always been a goal of ours to sit at the same tables as some of our idols. That’s what’s been so humbling about this process – from once being kura kaupapa kids dreaming of being amongst the big New Zealand stars, to now we have an opportunity to not only attend these awards but to be nominees, that in itself is a huge achievement and accomplishment.

Tell us about the inspiration behind Whāia.

Whāia was actually the anchor song for our first group album, Rongomaiwhiti. It’s about not being afraid about sharing your uniqueness and inner beliefs and talent. Whāia is a song encouraging people to disregard any judgment that they may come across and to believe in yourself. It’s about encouraging individuality and that’s a theme throughout the album.

Nominated for the 2020 Silver Scroll Award

Troy Kingi is quickly becoming a household name in Aotearoa. Besides starring in films like Hunt for the Wilderpeople and The Breaker Upperers and winning this year’s Taite Music Prize, Kingi has been busy working on new music as a part of a personal project to create 10 albums in 10 genres in 10 years. He was one of five finalists for this year’s Silver Scroll Award for his song Mighty Invader.

Tell us about the inspiration behind Mighty Invader.

It’s just a different view on Captain Cook, one you probably don’t learn in school.

It’s about New Zealanders learning our history, learning the true history. If you know that sort of stuff, you can be better prepared for the future.

Because I was wanting to do a certain style of reggae from a certain era, I thought to myself, “If I want to do it, I’ve got to do it properly”. I’m not the most politically-minded person but if I was going to be true to that style of music, I had to get deep on it. It was pretty confronting at times but it’s a project I’m really proud of.

Did producing the song and album grow your interest in political issues?

It definitely made me more aware. I feel like I’ve been living in my bubble for so long. It’s not stuff that’s new to me but it’s good to dive into those kaupapa and look at them from all angles and to give yourself a point of view so that when you are sitting and talking with people, you’ve got a better understanding of things. I definitely learnt a lot during that process.

Does the nomination for Mighty Invader show a change in attitudes towards political music from the industry?

When you are talking about the stuff that this album’s talking about, you don’t worry about it being nominated for awards and that sort of stuff.

But it is there in the back of your mind - that’s because you’re talking about stuff that’s not usually talked about in music these days.

Winning the Taite Award earlier in the year opened my mind to the way the industry’s “big wigs” view music. I was happily surprised to take that one out.

Nominated for the APRA Best Original Music in a Feature Film

Mahuia Bridgman-Cooper is no stranger to the Silver Scroll Awards, this year receiving his fourth nomination. The composer has had sessions with the likes of Kanye West and produced music for numerous films. This year, Bridgman-Cooper was nominated for the APRA Best Original Music in a Feature Film award for his work on Legend of Baron To’a.

Had you always worked towards winning a Silver Scrolls Award?

Where do you draw inspiration from?

Instead of looking outwards all the time, I’ve been looking inwards towards our own community. What’s inspiring is the way that people are making music in Aotearoa and the shift in culture.

Tell us about the process you went through creating the score for The Legend of Baron To’a.

There was a wonderful little girl who was brought in and played the fangufangu, which is a Tongan nose flute. From then on, I tried to base the score around this melody that she played. Once you have a start, you can start hanging the different emotions on that theme and know that you’re going to the right place.

Nominated for the APRA Maioha Award

For the last five years, Seth Haapu has worked quietly behind the scenes, writing and producing music for the likes of Stan Walker, Sons of Zion and Maisey Rika. This year, he was nominated for the APRA Maioha Award for his song Ūkaipō.

Tell us about the moment you found out you were nominated for this award?

Tell us about the inspiration for Ūkaipō.

When my father passed away in 2012, I wanted to know more about who I was. I felt like there was a part of me was missing and that was knowing my language in the fullest sense. After his passing, I went on a journey of reconnection. It led me to Whangara, to Ratana, and eventually we made it back to my ancestral home of Huahine, where the village of Haapu is. The song actually tells the story of that reconnection.

What does it mean for you to be nominated for this award?

As much as I appreciate the recognition, it’s about the message that gets to be shared. I think we have to continue to walk in our true power and purpose. To show our ancestors that their struggles weren’t in vain. I’m grateful but really, it’s an opportunity for our language. It’s not about me or anything superficial. It’s about our language having another chance to be in the spotlight. 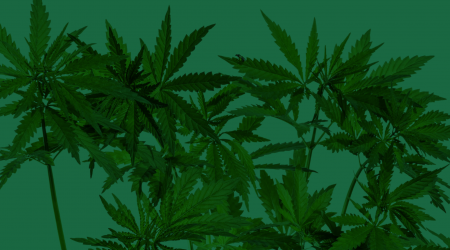