Brandon Vaalu always wanted to own a home.

But in 2019, he didn’t have a big enough income or deposit to buy a house. Nor did he have a partner or parents who were financially able to go in on a house with him.

So like most young New Zealanders, the chances of getting on the property ladder on his own were pretty much impossible. But luckily, one thing he did have was a good mate.

“My friend Jilson was able to afford a deposit on his own if he cleared out his savings. But he would be living paycheck to paycheck to afford his mortgage,” Brandon says.

“So we thought, what if we did it together? It would help both of us.” 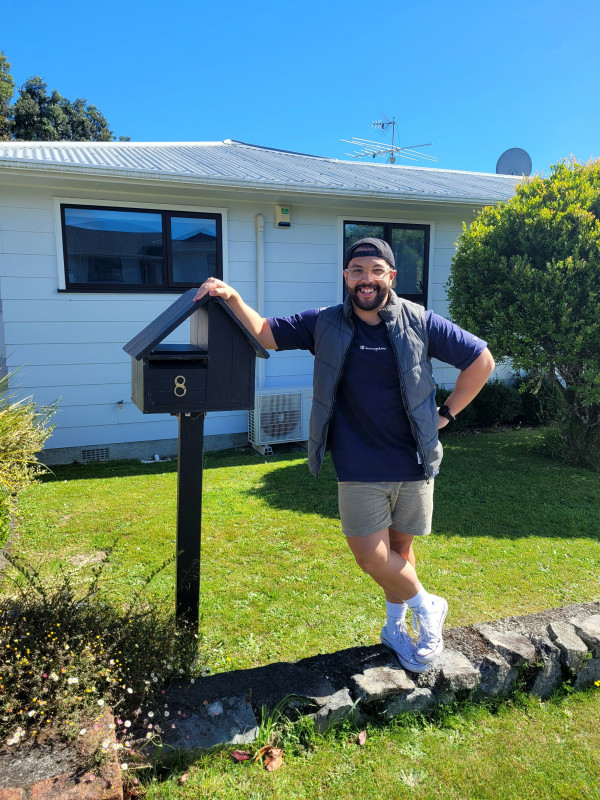 Since then, the house has nearly doubled in value.

Brandon’s minimum mortgage repayments each week are roughly $230 - which is on par with market rent for a room in Lower Hutt.

“If you’re on your own, everything is more expensive, whether it’s rent or a mortgage,” he says.

“The system isn’t set up to support single people, so having friends who can support you might be the only option for some young people to get into the market.”

Is buying a house with friends really that risky?

Just like borrowing money or going into business with a friend, there has always been an old adage that buying a house with a friend is too risky or too complicated.

But with no cure in sight for housing affordability for first home buyers, more ways of owning property are desperately needed.

“For us, it was pretty straightforward,” Brandon says.

“Because there were only two of us, it was similar to a couple buying a home together.

“You just need to make sure that your friend is someone you can trust and you have the same ideas about what you want to do with the house.”

“You also need to be okay with sharing all your financial information with them,” he says.

Kiwibank mortgage expert Madeline Allen says the concept of co-owning a house with friends isn’t new, but it is rarely tapped into.

So despite the option being available in the past, Kiwibank is trying to make the process more approachable for friends.

Co-own, which launches today, are flexible home loan options that allow friends and family to join together to come up with a 20 percent deposit and share mortgage repayments between them.

According to Kiwibank economists, if a household on the median income was able to save 15 percent of their income it would take over 11 years to amass a standard deposit. 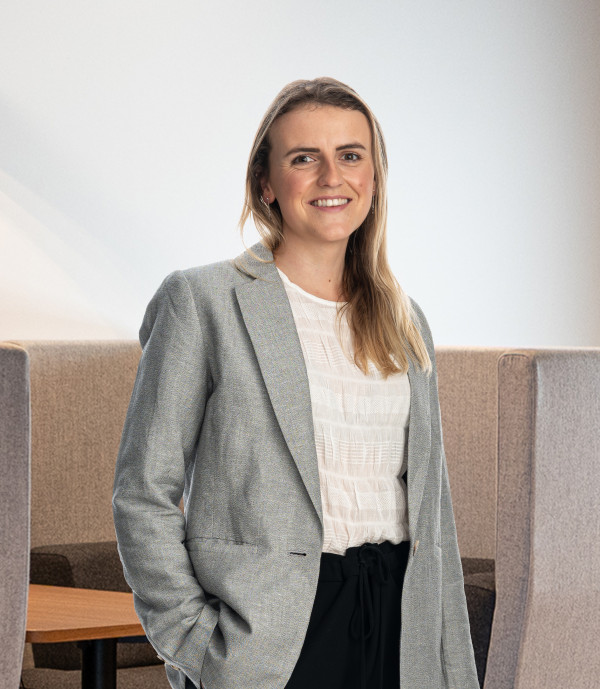 For an individual, it would take even longer.

“We need to raise awareness of the fact that this is an option, and a good option that could help get more people into homes,” Allen says.

“Pooling resources with four people, for example, would definitely help. It's four incomes, four deposits pulled together and it's sharing expenses of owning that house, which is a major benefit as well.”

Allen says the biggest thing people need to understand is that every person is liable for the entire mortgage. So if one person loses their job and stops paying their mortgage, the bank will turn to the other people to find those payments.

That’s why it is crucial to have a legal agreement written up that safeguards each person if something does go wrong, Allen says.

Make a plan with a lawyer

Brandon says “for us, it was essentially a $2000 document where the lawyer went through all of the possible scenarios that could happen”.

“The solutions we came up with were locked in for three years. After three years, if things had changed we could reassess.”

Since purchasing the house in 2019, Brandon’s friend, Jilson, has gotten engaged and bought another property with his partner down the road.

Jilson is now living in this new home and Brandon will continue living in the original house and will find renters to help cover their mortgage.

“Our long-term goal would be to keep the house as a rental and split the income, and we'll use the equity to buy our own properties to live in,” Brandon says.

For Brandon, having stable housing for him and his dog in Wellington is a huge relief.

But for him, his biggest motivation for buying a house was to set himself up for his future.

Co-owning property to create a community

Before buying a house together in 2020, friends Rose Archer and Tomer Simhony lived in a flat, which at times, had 20 flatmates living together in it.

They knew it wouldn’t be long before their landlord would give them the boot, so they often talked about co-owning a property to keep their community together. 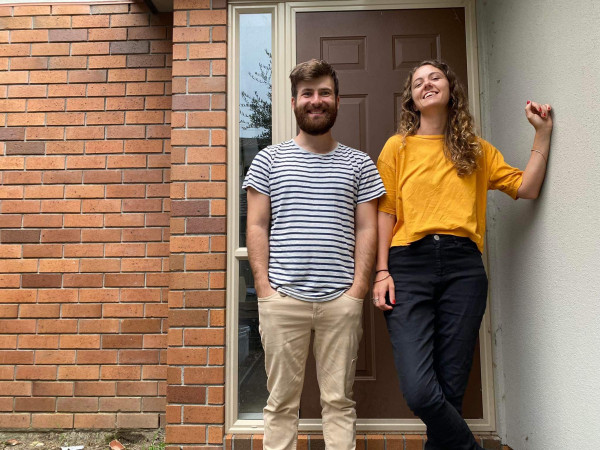 “When we got the news that we were going to have to wrap it up and move out, Tomer and I, and a few others, all started talking with a lot more urgency and a lot more seriousness about what it would look like to buy together,” 32-year-old Rose says.

“We quickly realised you can’t buy a house with 15 bedrooms - at least we couldn’t,” Tomer says.

“So we were trying to wrack our brains to work out how to keep as many people together as possible.”

In the end with help from their parents, Rose and Tomer, 29, bought a four-bedroom home on a section in central Auckland where some of their friends already had family property.

They are currently living there with four other flatmates who are helping to pay their mortgage.

“One of our ambitions is that eventually the house will be owned by more people than just Tomer and I. We really like the idea of a more equitable ownership structure for the people who are living here and contributing towards the house.”

But for now, Rose and Tomer have a 55/45 percent split in the ownership of the house.

Being single is more expensive

“But the system is overwhelmingly set up for private individual or couple ownership and it's quite hard to find good models that are outside of that,” Rose says.

“When we first approached a mortgage broker in 2019, they told us ASB was our only option for co-ownership with multiple people, which was sad to hear how difficult it can be to do.”

Property lawyer Wendy Lindsay says a group’s civil liability means it can be a good deal for a bank to invest with a group.

“Civil liability essentially means, when four people sign a loan agreement, the banks now have four people to chase for debt collection. Not just one, or two. The chances that four people will lose their job unexpectedly is much lower than a married couple.”

While banks are interested in strong deposits, ideally 20 percent or more, Lindsay says they are even more concerned about incomes.

“They want to be assured you are going to be able to pay the mortgage and interest month on month. If those details stack up, they don’t really care about what your relationship is.”

Be clear about your intentions

If you are considering buying a house with your friends, Rose says the biggest thing you need to see eye to eye on is your future plans for the house.

“For a lot of people, housing is about making a personal financial investment. But the reason why it has been so smooth with Tomer and I is that we both want to have a more egalitarian ownership structure.

“So our exit strategies were all about conflict mediation, or how to deal with creating opportunities for other people to buy-in to replace us so that the project doesn't fall apart if something happens to us,” Rose says.

Tomer says: “The idea is that this is a long-term project that outlives us.”

“Our worst-case fallback scenario would be having to sell the house and split the profit.”

Tomer and Rose say they want to see the government, banks and other organisations actively facilitate co-ownership.

“It’s not just about getting on the property ladder. I think it's really beneficial for people to live together. It builds community. It's worth being supportive,” Rose says.

New Zealand will be moving from Red to the Orange traffic light setting from 11.59pm

I’m celibate: Let me tell you why

“It’s not about not getting sex. It’s about not wanting sex, like at all right now.”

Dr Moana Jackson is the reason I stayed in law school

‘Courage isn’t hard, courage is just the deep breath you take before you make a hard decision.’