It's only the first week of lockdown, but if you are already sick of it - here are six cool stories to distract yourself.

From teaching straight people when they are and when they are not welcome in queer spaces. To learning from an original Polynesian Panther about what has changed for Pasifika in Aotearoa since the 1970s, and what hasn’t. There’s a lot to think about that isn’t remotely related to Covid-19 to give yourself a break.

Scroll down to take a look.

In the final episode of One For The Boys, our five-part series about masculinity in Aotearoa, we travel to Raglan for Poutama Rites of Passage, a five-day ritual for young men transitioning into manhood in te ao Māori. We follow Jack and Izak, both 14, as they open up about the difficulties they’ve had with their own fathers, and how that impacts what being a man is for them.

You can watch all five 10-minute episodes from the series here on our YouTube.

2. Should straight people go to gay bars | School for Straights

Queer night clubs have been a safe haven for the rainbow community for decades, but recently, these spaces have been crawling with straight people.

In this episode of School for Straights, comedian James Malcolm helps straight people learn when they are, and are not welcome in queer spaces.

You can watch more of the series on our Youtube here.

3. Growing up trans in rural NZ: My first school ball

“When I was three years old my aunty asked me what I want to be when I grow up. I said a girl. I’ve always known who I am.”

Meet Phoenix. She’s a 15-year-old trans girl from Ruakākā, a small town 30 minutes south of Whangārei. We follow her in the week leading up to her first school ball.

4. Taonga puoro were almost lost, now these wāhine are taking the revival to a new generation

Kahu Kutia, host of He Kākano Ahau podcast, meets with the all-wāhine pūoro collective Maianginui in Te Whanganui-a-Tara. She learns how the sounds of taonga pūoro were silenced by colonisation, and about the story, spirituality and tradition woven into this musical practice. Then she gets to try out these taonga for herself.

You can check out more of the podcast He Kākano Ahau: Wawatatia on our website here.

5. How Aotearoa built its dairy empire on billions of dollars of debt | Milk and Money | Episode 1

“Since European colonisation of New Zealand, the first thing we did was cash in our seals, then we cashed in our whales, and then our gold. And if you look at what we’re doing now, we’re cashing in our water,” says economist Peter Fraser.

In Episode one of our series Milk and Money, we explore how and why Aotearoa’s dairy boom occurred, and the important role the industry has played in our economy and rural communities. But the industry has gathered bills that are yet to be paid - both in financial debt and environmental cost. Re: Journalist Baz Macdonald speaks to Southland dairy farmers Scott and Ewen Mathieson, economist Peter Fraser and Fonterra CEO Miles Hurrell.

All six 20-minute episodes are available to binge now on Re: News and TVNZ on Demand

“Growing up did you feel safe in New Zealand? Not really, not really.”

In reflection of the government's apology for the Dawn Raids in the 1970s, original Polynesian Panther Tigilau Ness speaks to 20-year-old musician Church. The pair talk about what’s changed for Pasifika in Aotearoa since then, and what hasn't.

Want something else to watch? 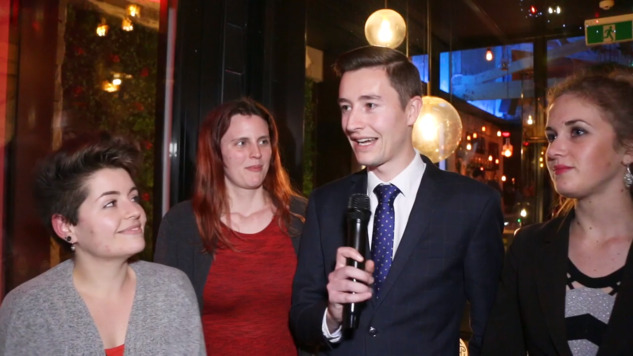