In ‘Good Girl’, a professional dog walker becomes immersed in a self-help podcast and finds herself treading dangerous territory. The short film features excellent acting by Emma Draper as the dog walker, and a distinguished performance by leading dog Winchester Hewiberts the First.

“Traces of Nut reject the age-old adage ‘never work with animals and children’ and advances to the front of the pack with their entertaining splatter film ‘ Good Girl’,” says 48Hours organiser Ness Patea.

Apple Fork - ‘A Matter Of Time’

Disqualified Tim - ‘We built and destroyed a full sized B17 bomber specifically and only for this competition. Also known as "Banana Boys"’

Qualified Tim - ‘We built and destroyed a full sized cardboard u-boat specifically and only for this competition. also known as “DAS BANANA-BOOT”’

Snack To The Future - ‘Judy’

The Creamery - ‘In Deep’ 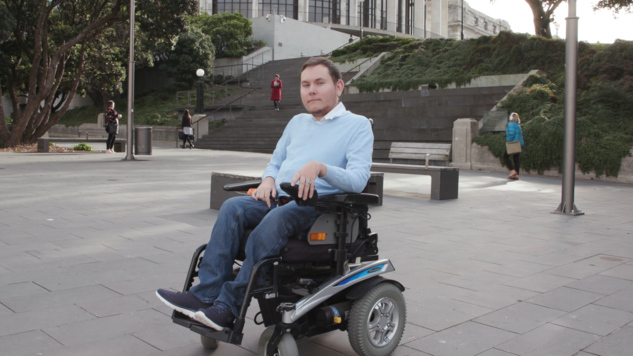