All girls bleed when they have sex for the first time, right? But what if she doesn’t? Then she’s not a virgin, obviously.

Along with coconut oil drying up on your skin and being expected to bleed after having sex on a white sheet - these are some of the sex myths that circulate within society and have people believing in some pretty outrageous things.

To bust some of these sex myths that are prevalent within the Pasifika community, Re: spoke to Anatola Finau, a sexual health educator based in Tāmaki Makaurau.

Busting the biggest sex myth of them all – your hymen does not break.

There is no cherry popping.

PSA: Riding a bike or using a tampon cannot break your hymen because there’s nothing to break.

“It stretches out when something is entering the vaginal canal and then it stretches back into its natural state, as you could call it, when nothing is being entered,” she says.

Sex myth #2: You always bleed when you have sex for the first time

Bleeding is not an indicator of virginity.

“You could bleed on your first time or your 50th time because of friction, vaginal tears, dryness, or you won’t bleed at all,” Finau says.

There’s a rhetoric around this particular myth that seems violent, she says.

“Like 'oh you know, I lost my virginity, it broke. It bled.’ Why does anything that has to do with a body that has a vagina or vulva have to experience [sex] so violently?” - Anatola Finau, sexual health educator

The white sheet ceremony is practiced in some cultures including Tongan and I-Kiribati communities.

A white sheet is laid down when a couple have sex after getting married.

If a blood-stained sheet is returned, this brings great honour and pride to the family - if there is bleeding, their daughter embodies the idea of purity and integrity.

But if a sheet is returned with no blood, her marriage may immediately come to an end and she might be punished violently or disowned by her family.

Even though the white sheet ceremony is 100% a myth, Finau says these traditions are based on a history of cultural and religious beliefs that have been embedded in people’s cultural identities for more than 100 years. 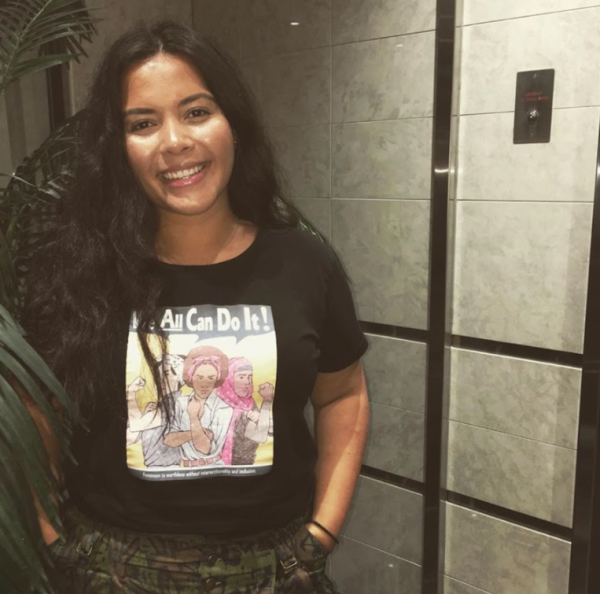 Sexual health educator Anatola Finau says young people are having sex - that's not a myth - and there is a responsibility to ensure this is safely guided and talked about. Photo: Supplied

“There is fear that stripping away these traditions would be a loss of culture because while it may be confronting to others, it is sacred to the culture it belongs to.

“There is a grief and a loss period and compassion is needed to work with these communities rather than against them.”

Finau says that it requires space and time to be able to process new information especially when it clashes with generations of knowledge.

Sex myth #4: If your oil dries up, you aren’t a virgin

Before a dance or cultural ceremony, a girl is lathered in oil. If the oil dries up, this is believed to be an indicator of lost virginity.

Finau says "I've heard young girls say ‘I’ve had sex and I have to do a ta’uoluga or siva. I need to put lolo or coconut oil on my body’”.

“I'm like sis, grab your vaseline. It's all good.”

Vaseline is a little hack to make the oil stick and shine longer for my sisters who are worried about being judged.

Skin is in no way connected to your virginity. Everyone’s skin is different.

“I think people need to realise that these are very outdated ideas,” she says.

So if your oil dries up, you’re absolutely fine, sis.

“We know virginity is a social construct created by patriarchal ideas that want women to be owned by men,” Finau says.

Encouraging women to keep their virginity for the purpose of maintaining their innocence reduces women to a single aspect of life that is dehumanising, she says.

“It belittles that idea that we grow and we evolve and we make decisions that we learn from and we gain knowledge that we get from experiencing life.” - Anatola Finau, sexual health educator

The 29-year-old says when people have sex for the first time - they are not losing anything.

Finau says her perspective of sex is evolving with newfound knowledge that ancestral beliefs around sexuality, gender and spirituality were more fluid and interconnected.

She highlights learning about Hikule’o – a Tongan god who expressed both feminine and masculine energies.

But also Finau says it’s pushed her to delve deeper into knowledge that came before colonisation as this provides a more holistic view that aligns with the Pacific lifestyle of collectivity.

“I don't think we should deprive knowledge that is rightfully ours to learn about especially when it's sex related.

“I'd say indigenous knowledge has opened my mind and my heart. I’m exploring more ‘we and us’ rather than ‘I and me’ and seeing all the intersections that play into that.”

Finau says that moving forward, rangatahi need to be educated in order to make well informed decisions about sex.

Working with young people has shown her how understandings of sex based on myths can project harmful ideas of how young people engage with sex and think about themselves, she says.

“Working with young people, they sometimes say ‘oh, I was being a slut.’ If you want to reclaim it as something empowering that's for you to do.”

“Sixteen-year-olds shouldn’t be calling themselves sluts and whores without understanding what those words actually mean. In order to do this, we need to be able to foster discussions about these terms and ideas.”

In Finau’s experience, sharing knowledge does not always need to come from Western knowledge.

She recalls sitting on the fala and listening to stories from all different types of wāhine - this has been a big part of incorporating indigenous understandings into her work.

“We need to know the difference between feeling unsafe and feeling uncomfortable,” she says.

“Feeling unsafe is something we need to change but feeling uncomfortable means that something brilliant is happening and that change is happening, and we are healing parts of ourselves.” - Anatola Finau, sexual health educator

Young people are having sex - that’s not a myth - and there is a responsibility to ensure this is safely guided and talked about, she says.

How men tie their self-worth to being good in bed

“I remember the first time, she was like, oh this was bad.”

Calls for sexual consent education to be compulsory in NZ schools

Students, politicians and educators are calling for the Government to make this happen.