The Ministry of Health is reporting 10,191 community cases in the past two days.

There have been 14 deaths of people with Covid-19 over the past two days, seven recorded yesterday and seven today. This brings the total number of deaths to 1,243.

Of these people, six were women and eight were men.

There are 371 people in hospital, with 9 of those people in intensive care or high dependency units.

The average age of people currently in hospital is 62 . 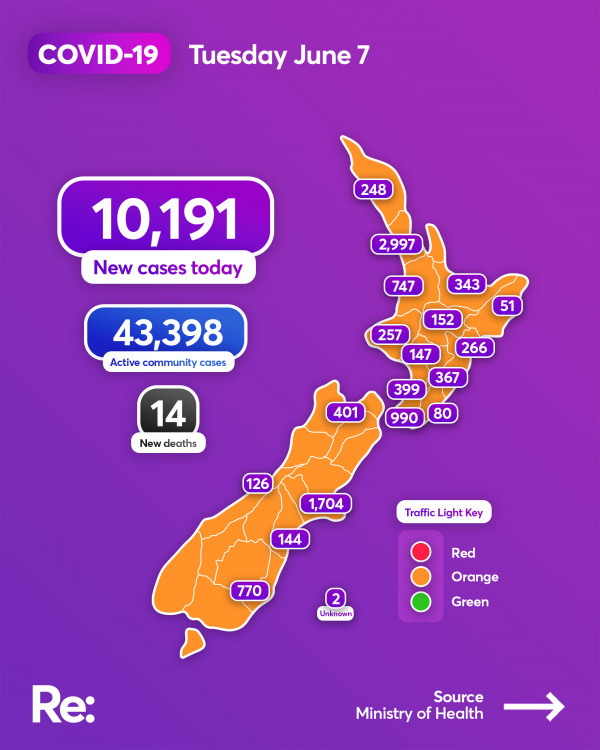 “Only on an IVF journey do you get excited about having good eggs”.

Self-harm hospitalisations have doubled for 10-14-year-olds

"During the pandemic we’ve been completely online and that takes a huge toll on teenagers."

Researchers analysed more than 60 studies which looked at the impact of sugary beverage taxes.