The number of unlinked cases today is 25, an increase of 1 from yesterday. 2 of today’s new cases are yet to be linked, Bloomfield said, and investigations into all unlinked cases continue. The focus remains on more recent cases.

“Even if we are unable to link them back specifically to a previous case, the key thing we are looking for here is that there is no onward spread from those new cases,” he said.

Today, everywhere apart from Auckland is at Delta alert level 2. Restrictions at this alert level are tougher than the previous level 2, including more mask-wearing and restrictions on gatherings.

Auckland is due to have it’s alert level reviewed by Cabinet on Monday 13 September.

37 people are in hospital, all in Auckland. The number of people in ICU or the high dependency unit remains at 6, with four people on ventilators.

Analysis of yesterday’s 20 cases shows 19 or 95 percent were contacts of known cases. 15 were household contacts and already isolated when they received a positive result, Bloomfield said.

5 people were potentially infectious in the community, with 17 exposure events. Half of those events related to workplaces, however they are mostly multiple events associated with one or two workers on different shifts, Bloomfield said.

Over 38,000 individuals identified as contacts - a small drop from yesterday. The decrease reflects “a further tidy up of the numbers” and a small number of new contacts, Bloomfield said.

About 87 percent of all contacts have been tested, and the focus remains on those who are close contacts.

Yesterday, 13,230 swabs were processed. 8566 swabs were in Auckland. The numbers are up from previous days, and Bloomfield said continuing to have high testing rates was important

“Our most important action that can be taken is for us to all be confident that there is no virus circulating in the community to know that the outbreak is controlled in Auckland, so please if you have symptoms, do get tested,” he said.

In total, 4,320,7190 doses have been administered since the vaccine programme began. That translates to 2.6 million people with one dose - 366,000 of which received it in the past week.

Everyone over 12 is eligible for vaccination. 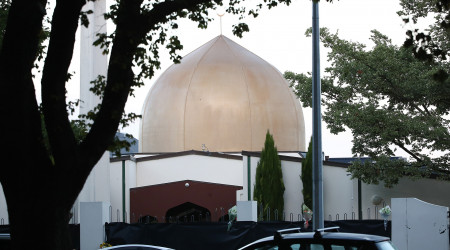