Northland will move to alert level 3 at midnight tonight.

Today there are 49 new cases, all in Auckland.

This brings the total outbreak to 725, with 709 of those in Auckland and 16 in Wellington.

Northland was kept at alert level 4 along with Auckland after a case was detected in Warkworth, which is at the boundary between the two regions.

Prime Minister Jacinda Ardern says 27 extra wastewater samples have been taken around the region, and none have detected Covid-19.

“I want to thank everyone in Northland for their patience while we built that extra bit of peace of mind that everything is contained and confined within the boundaries we expect,” she says.

Northland will be treated in line with rest of New Zealand and will have its alert level settings reviewed next Monday 6 September.

The northern Auckland boundary will be put in place with Police operating checkpoints.

Director-General of Health Dr Ashley Bloomfield says the “numbers could still bounce around a little” but today’s lower number “is encouraging and shows our alert level 4 measures are working.”

“The growing number of people in hospital is a stark reminder of the infectiousness of the virus,” says Dr Bloomfield.

37,359 contacts have been identified in the contact tracing system.

Dr Bloomfield says only 6,700 tests were taken in Auckland yesterday. “We need to have higher levels of testing across Tāmaki Makaurau to give us confidence we have the outbreak under control.”

He is asking anyone who has “any symptoms at all”, or has been at a location of interest, or is a contact, to get a test.

“This is essential for our understanding of whether the outbreak is under control.”

In terms of the positive test results announced yesterday from a worker at the Spring Hill Corrections Facility in Waikato, they have gotten a negative result from subsequent swabs, and their case remains under investigation, however all precautions remain in place as if it was a positive infection.

Dr Bloomfield says all essential workers, if you have any symptoms, do not go to work, stay home, inform your employer and get a test.

89,546 doses of the vaccine were given yesterday.

Yesterday vaccine bookings opened to anyone aged 12 and above, and nearly 200,000 new bookings were made yesterday. This means 70 percent of all New Zealanders aged 12 and over either have a booking or have been vaccinated with at least one dose. 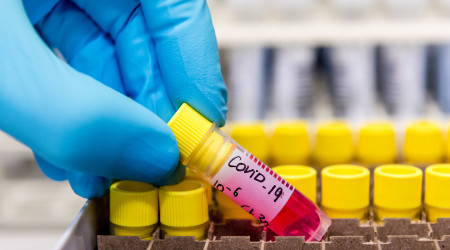