A billboard that has now been removed from the centre of Wellington was just one part of a larger “misgendering, dehumanising” campaign against trans people, activists say.

The billboard was put up earlier this week by the organisation Speak Up For Women. It was removed by the billboard company less than 24 hours later after receiving complaints.

Wellington queer activist group Queer Endurance/Defiance member Elle Kingsbury said although the content of the billboard is unobjectional, the message becomes “potentially dangerous” when viewed in the context of Speak Up For Women campaigning against legislative changes to trans rights in New Zealand.

“The problem is the intended implication that trans women are not adult human females,” Kingsbury said.

“It only has that implication to people who know Speak Up For Women as an anti-trans group - their whole political activity is focused on attacking trans rights and trying to get the government to pursue legislative outcomes that hurt trans people.”

Considering this, Kingsbury said it was hurtful for many Wellingtonians to see any message from the group erected in the city. The billboard was placed on the same building that contains Wellington’s biggest gay bar, and what Kingsbury said is the most welcoming health centre for trans people in the city.

The billboard is owned and operated by Go Media. Go Media General Manager Simon Teagle said they removed the billboard as soon as they began receiving complaints, and believed it may be in breach of Advertising Standards Authority codes.

“While we believe in freedom of speech, we do not condone content that upsets our community. We apologise unreservedly for any distress this may have caused anyone, and remedied the situation as soon we could,” Teagle said.

Kingsbury said the billboard is only one part of a larger campaign by Speak Up For Women to halt an amendment to the Births, Deaths, Marriages and Relationships Act (BDMR). This ammendment would allow trans people to change the sex on their birth certificate without going through the family court.

“The bill represents a very minor reform to make the lives of trans people's lives easier from an administrative point of view,” Kingsbury said.

“But it has taken on this huge significance as a symbol of the acceptability of trans people in our society.”

Kingsbury said that is why Speak Up For Women have been so aggressively campaigning against the amendment.

The billboard was a small part of that campaign, she said, but the main drive of their campaigning has been a nationwide speaking tour.

The next leg of this speaking tour is in Wellington this Thursday night at a Wellington City Council-owned venue. Wellington Council have allowed the event to be held in the building, but organised for the building to be lit up in the trans flag colours during the event.

Queer Endurance/Defiance have organised a peaceful protest for Thursday night. Some members of the organisation will attend the talk, and “have our say if they will let us”, Kingsbury said.

“We don’t feel that we can ask Wellington trans people in general to go to a meeting where they will be misgendered, dehumanised, spoken about as inherently violent and dangerous.”

The protest will primarily be a gathering at the entrance of the Micheal Fowler centre at 6pm on Thursday July 15.

Speak Up For Women released a press statement following the billboard being taken down where spokesperson Beth Johnson said they will continue their campaigning despite the disruption.

“We have made it clear from day one that our issue is with law and the conflation of sex and gender,” Johnson said.

“We are just a growing group of women who want to discuss our legal rights. We are not seeking to harm anyone and in fact are simply advocating that the existing law should remain.” 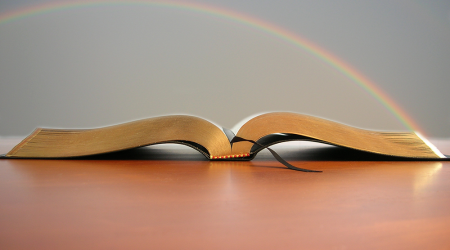 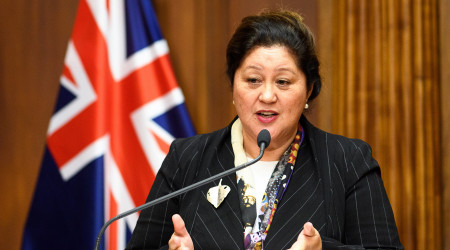